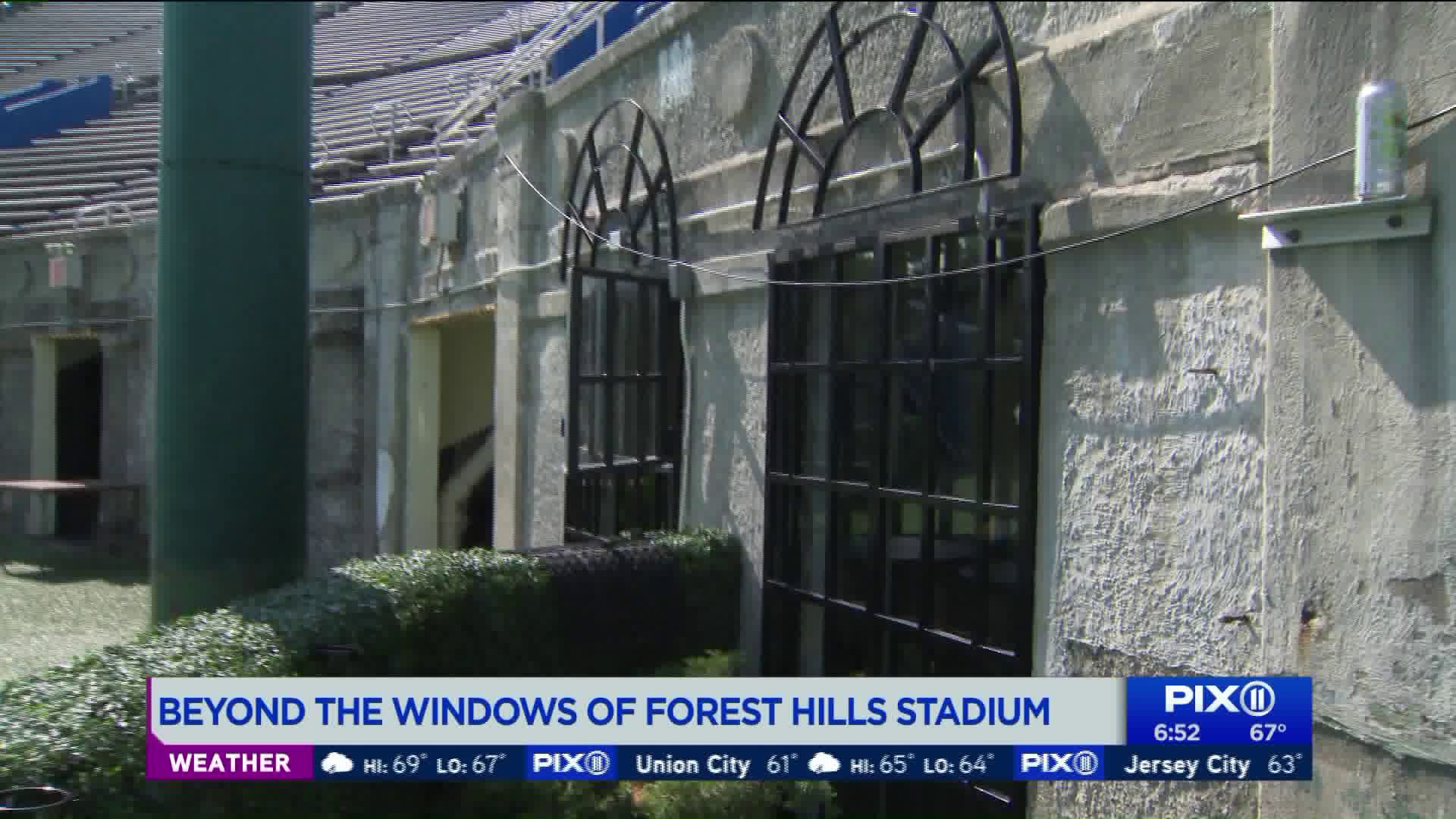 Built in 1923, Forest Hills Stadium is a place full of history. The stadium fits 14,000 people comfortably, and then there are some hidden rooms that can add to that number.

It is where tennis greats like Billie Jean King and Arthur Ashe once placed the U.S. Open, and where the Beatles toured back in 1964.

Fifty years later, it is a go-to place for so many musicians like Mumford and Sons, Ed Sheeran, Van Morrison and more.

The stadium fits 14,000 people comfortably — and there are some hidden rooms that can add to that number.

Those rooms have special entrances that blend in with the rest of the stadium.

"There are so many nooks and crannies," says Kerri Silvestri, an interior designer for the stadium.

Yes, an interior designer works on these special rooms, built right into the bedrock of the stadium.

Take for example a line of portable toilets — one of them is not like the rest.

"You walk into something completely transformed," says Silvestri.

"It's called the Port-a-Potty Suite."

Once you pass through, you are transported to a room underneath the seats, with its own private bartender.

The window opens, and takes you courtside or stage side, revealing that there are other windows with different worlds behind them.

That begins the guessing game of where the entrances are to other rooms.

Take, for instance, the calendar of events that lists the upcoming concert series.

"You walk closer to it and you find a little tab," says Silvestri.

That tab opens up a door that takes you into another room inspired by the 1920s.

Every painting or nuance along the outskirts to the stadium transports you to a different themed room.

Well, you can purchase tickets on their website for these VIP rooms. Once you arrive, a ball boy or ball girl will walk you to your private entrance.