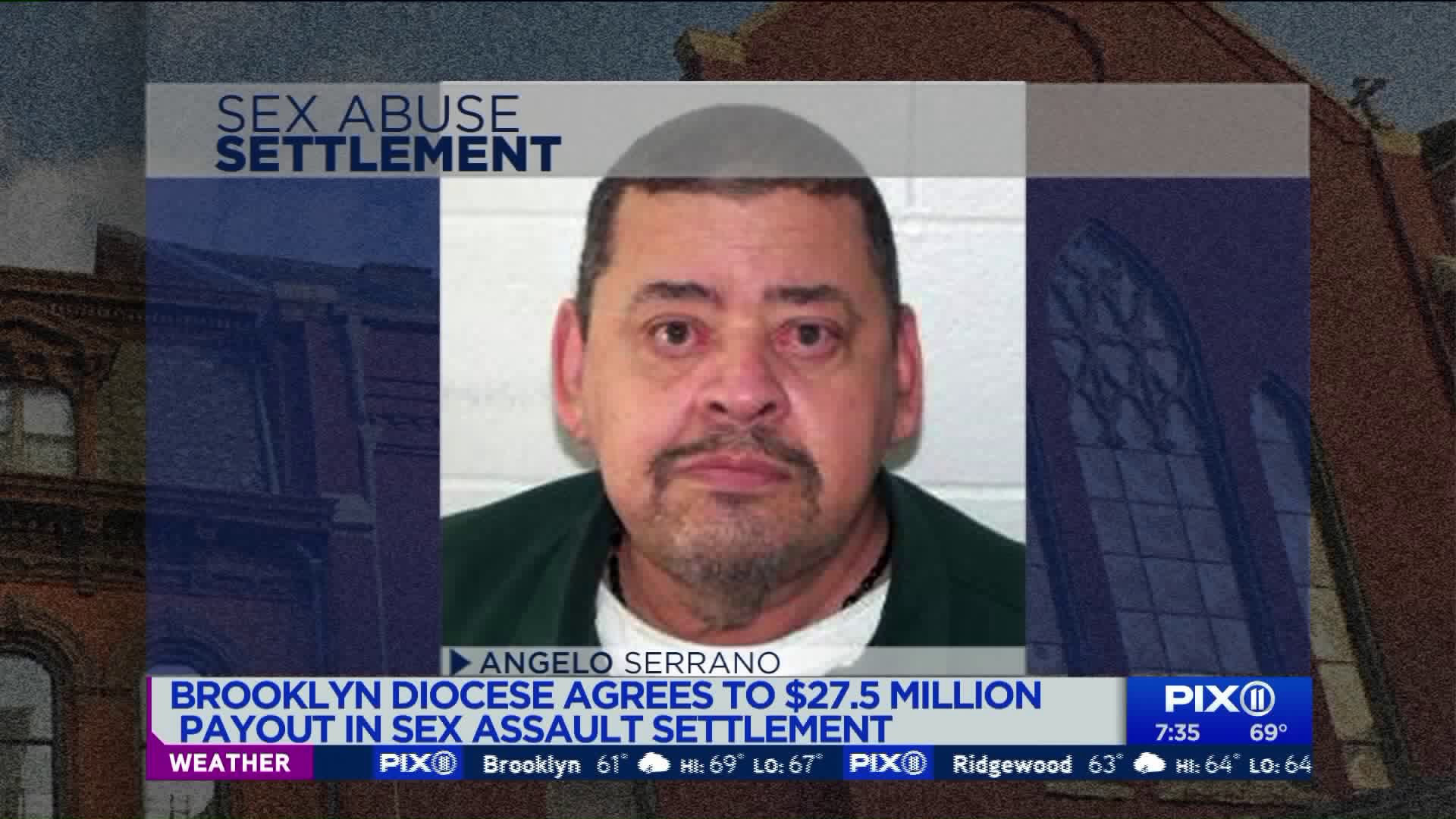 Four men who said they were sexually abused as boys by a teacher at a Brooklyn Catholic church have reached a $27.5 million settlement from the Diocese of Brooklyn.

NEW YORK — Four men who said they were sexually abused as boys by a teacher at a Brooklyn Catholic church have reached a $27.5 million settlement from the Diocese of Brooklyn.

The New York Times reports Tuesday the agreement is one of the largest settlements ever awarded to sexual abuse victims within the Catholic Church. The men will each receive about $6.8 million.

The Brooklyn Diocese did not immediately return requests for comment.

Lawyers for the victims say 67-year-old Angelo Serrano, a lay teacher of religion at St. Lucy's-St. Patrick's Church in Brooklyn, repeatedly abused the young boys between 2003 and 2009. Serrano is serving a 15-year sentenced after pleading guilty in 2011 to inappropriate course of sexual conduct with a child.

Attorney Ben Rubinowitz said the abuse should never have happened.

The Diocese of Brooklyn released the following statement:

"The Diocese of Brooklyn has concluded litigation in which it highly contested its role in the sexual abuse of four adolescents. The diocese and another defendant have settled these lawsuits brought by the four claimants who were sexually abused by Angelo Serrano at his private apartment many years ago. Mr. Serrano was a volunteer worker at a local parish; he was not clergy or an employee of the Diocese or parish. He is currently serving a prison term for his crimes. For three of the claimants, another defendant is contributing a significant portion of the settlement. The Diocese endeavored to reach this settlement in a way that compensates Mr. Serrano's victims and respects their privacy. We hope this is another step forward in the healing process for these claimants. The Diocese remains committed to ensuring that its parishes, schools and youth programs remain safe and secure for the young people who are entrusted to our care."