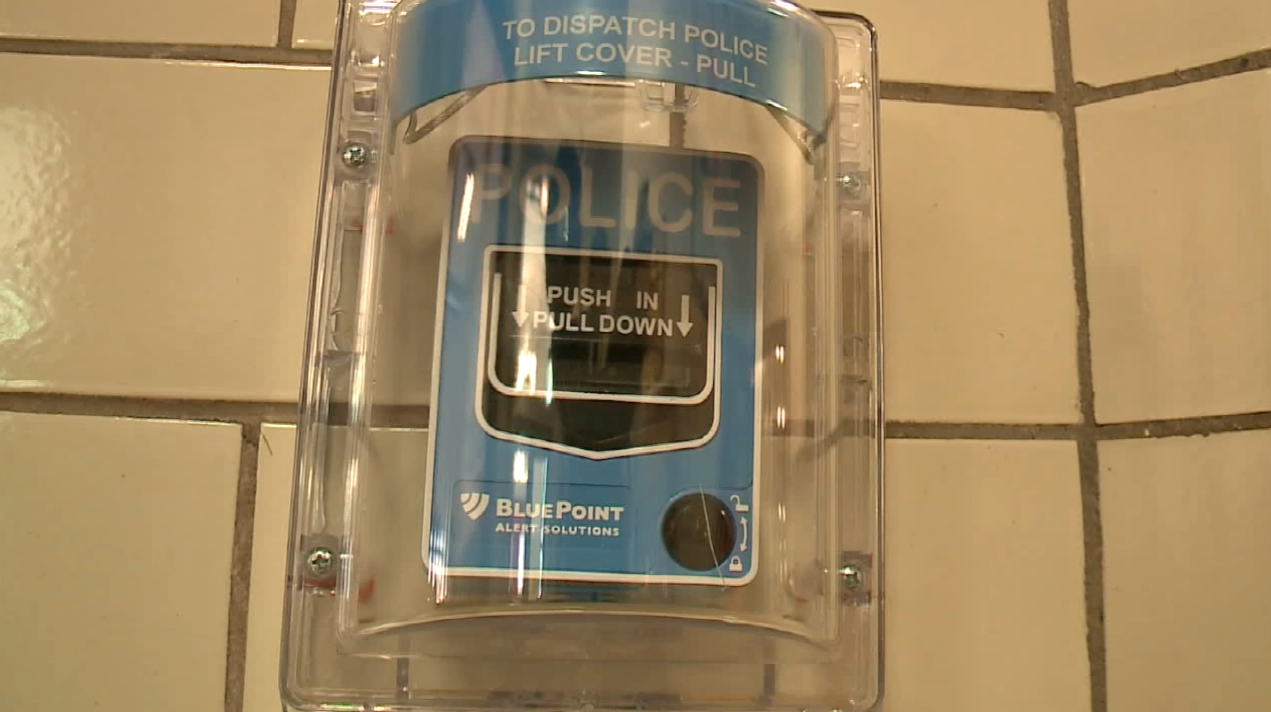 BluePoint alert security systems have been put in over 150 schools nationwide, including more than 20 schools in Illinois. The blue pull boxes are designed to notify police if there is an active shooter situation.

According to the Chicago Tribune, BluePoint alert security systems have been put in over 150 schools nationwide. Many of the boxes in Illinois are in Chicago-area schools.

The blue pull boxes are designed to notify police if there is an active shooter situation.  The device is similar to a red fire pull station.

The company says that within 10 seconds of being activated, the system alerts authorities and notifies building occupants through a phone system and strobe lights.

According to the Everytown for Gun Safety Support Fund, there have been at least 60 incidents of gunfire on school grounds in 2018. In February, 17 people were killed at Marjory Stoneman Douglas High School during one of the deadliest school shootings in U.S. history.