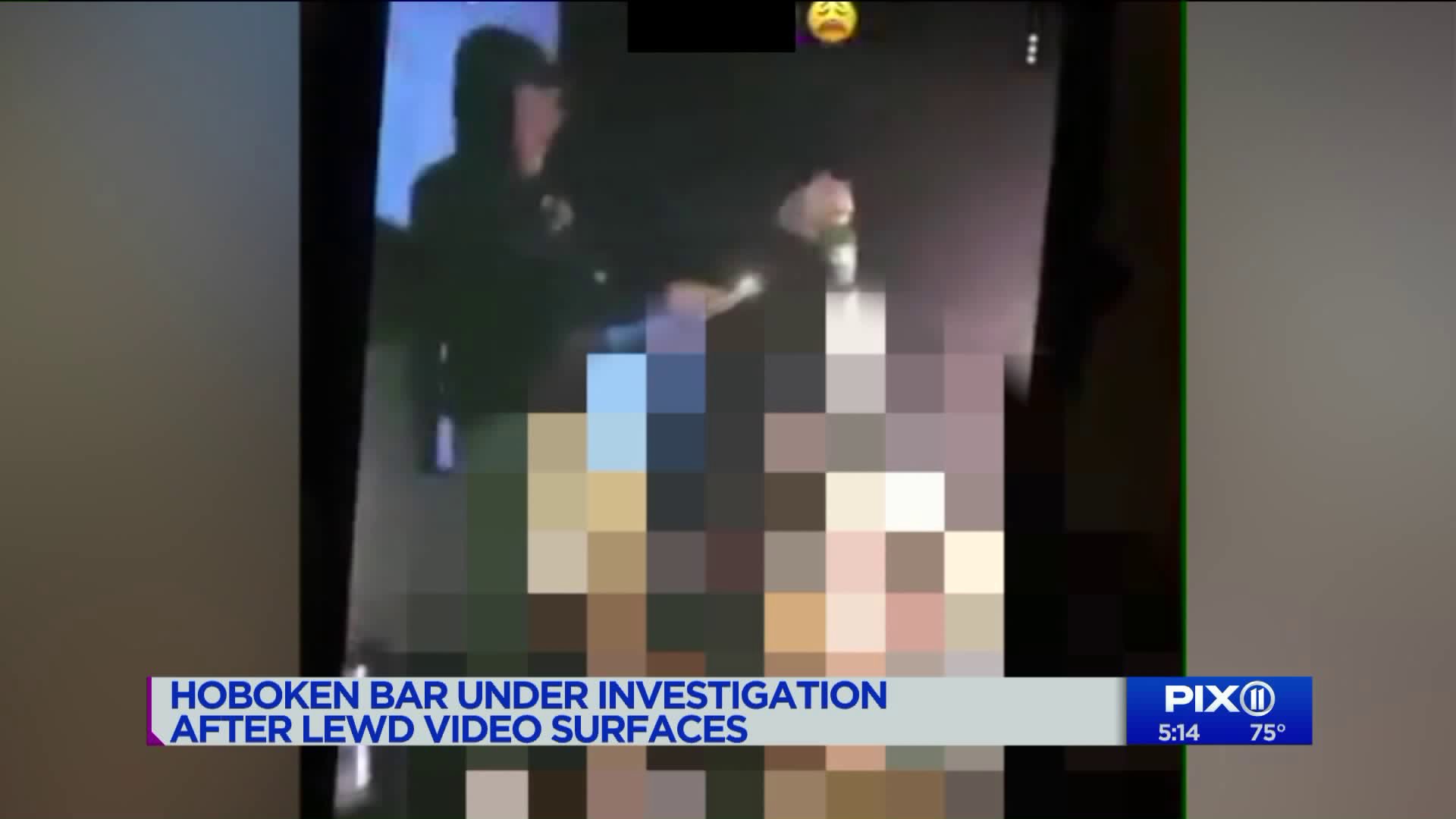 Video which was widely shared on social media, reveal a shocking scene too graphic for TV.

HOBOKEN -- It was a calm scene outside The Hub Friday afternoon, a far cry of what happened inside the popular Hoboken bar a week earlier.

Video which was widely shared on social media, reveal a shocking scene too graphic for TV.

Sexual acts being performed on a female patron as she’s doused with champagne all while the crowd cheers.

The incident happened last Saturday and the X-rated clip has now launched a criminal investigation.

The Hoboken police chief said in a statement, “I saw videos of activity that I never could imagine would occur anywhere, especially in a business open to the public with a liquor license approved by the city of Hoboken and state of New Jersey.”

Residents who we spoke to couldn’t agree more.

“That is just crossing the line,” one passerby said. “If someone were to do that in Central Park, they would definitely get arrested.”

Hoboken’s Mayor Ravi Bhalla called the sex acts an “affront to human decency” and vows to get the venue stripped of its liquor license.

A preliminary investigation by the city’s Alcohol Beverage Control Unit has already resulted in multiple charges against the bar’s ownership.

For its part, The Hub released a statement on its Instagram page, apologizing for what they called a “deplorable and unfortunate incident,” insisting that the couple was immediately escorted out afterwards.

Some say however, the bar knew exactly what they were getting into by hiring a party promoter Kirill Bichutsky, also known as the Slut Whisperer, a social media influencer well known for throwing raucous events where women are encouraged to show skin.

The bar’s owners are scheduled to appear before the ABC board at a hearing next month.

In the meantime, The Hub will remain closed pending the outcome of a criminal investigation.