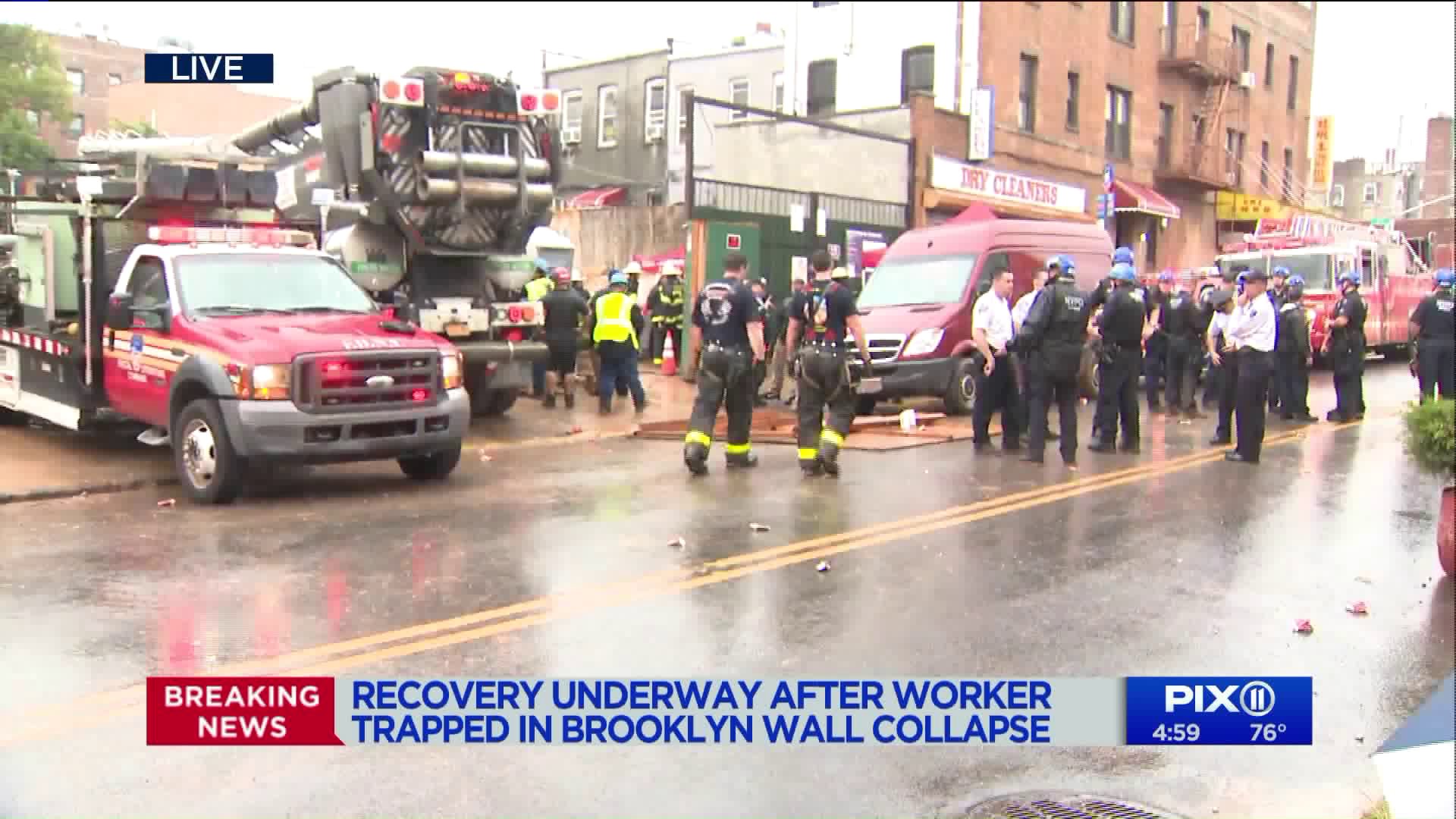 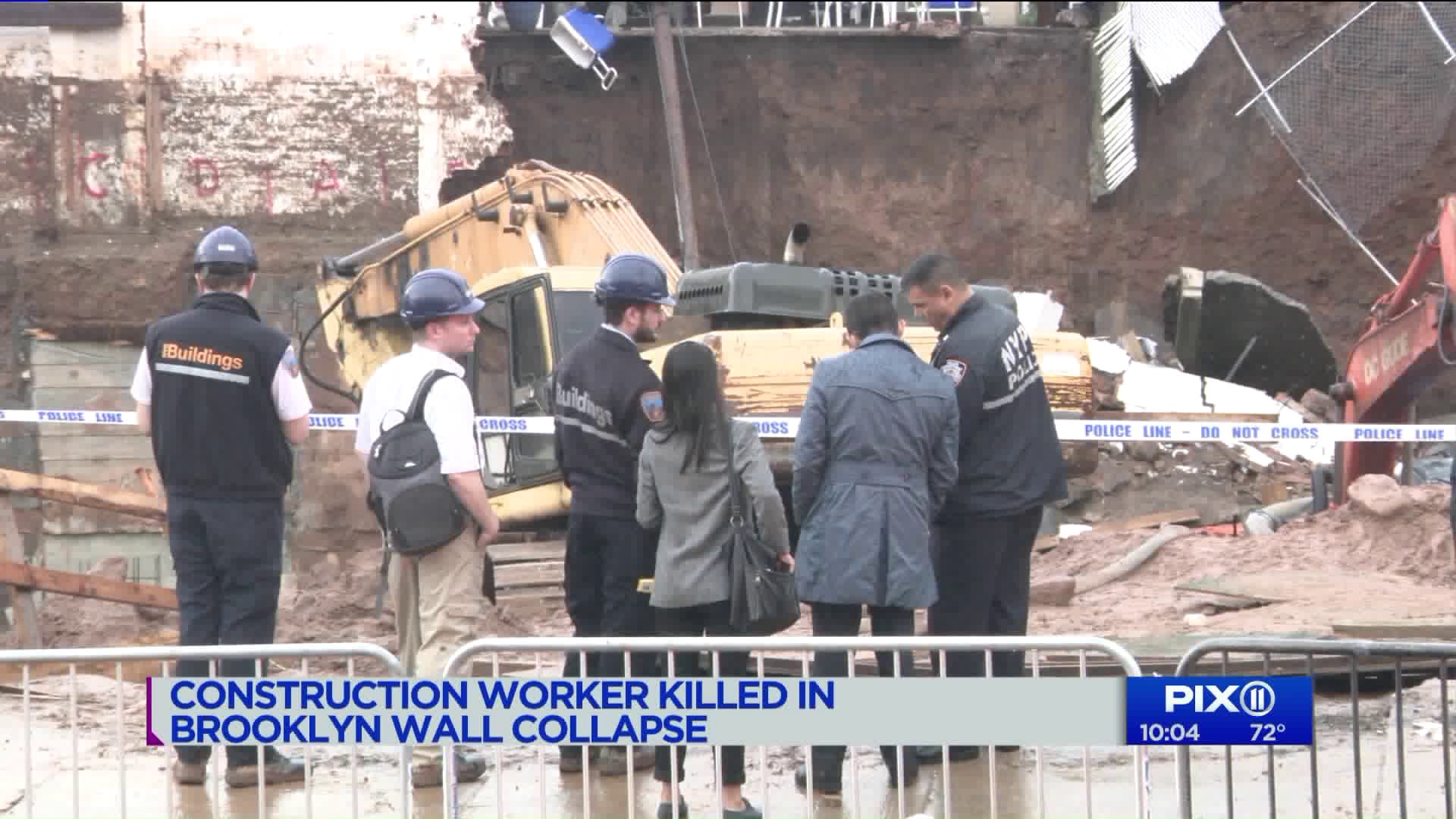 SUNSET PARK, Brooklyn — A construction worker was trapped under rubble after a wall collapsed in Brooklyn on Wednesday afternoon. Rescue workers have not yet recovered his body.

There appeared to be construction in the area where the wall collapsed, an image tweeted by FDNY showed.

Crews are now searching for the man, an immigrant worker, sources said. He has no immediate family in the area and worked to send money back to his family in the Dominican Republic. The victim was living in the Bronx.

Several other workers escaped when the wall collapsed.