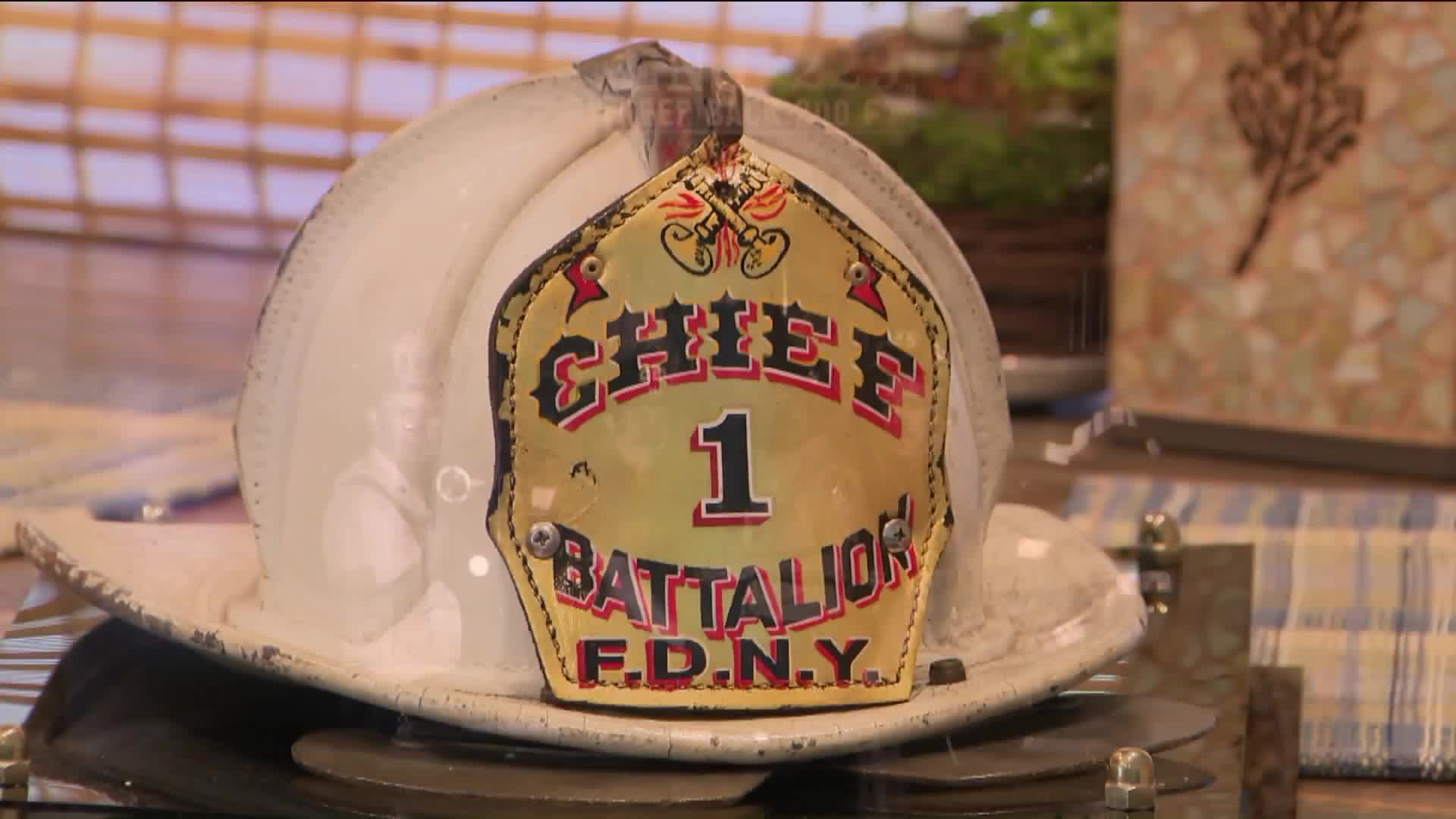 Each year the city updates the 9/11 Memorial with the names of Firefighters and Police Officers who have died of 9/11 related illnesses. The newest names were added just yesterday. But there is a group of names you won't find recognized on that monument: those who came out of retirement to help during the aftermath.

NEW YORK -- Each year the city updates the 9/11 Memorial with the names of firefighters and police officers who have died of 9/11-related illnesses.

The newest names were added just last week. But there is a group of names you won't find recognized on that monument: those who came out of retirement to help during the aftermath.

Now, in an attempt to honor her deceased dad, one Long Island woman is trying to change that.

Tara Cummings says the FDNY was life for her father, Larry Byrnes.

"His men we're everything," Cummings said.

After more than 40-years as one of New York's Bravest, including eight as Battalion Chief at Battalion One near the World Trade Center.

Byrnes came out of retirement to serve his city the minute he saw the towers fall on 9/11.

"He immediately raced in and went back to his post," Cummings said.

For months he stayed at Ground Zero sharing decades of experience with other firefighters.

In one instance even pulling out old blueprints of the World Trade Center he had saved at his house to help rescue some firefighters who were trapped in a staircase.

In 2015, Byrnes was diagnosed with 9/11-related cancer in his bladder, blood and bones.

He passed away just a few months later.

"My father's reaction, he smiled and said I had a good run. No regrets," Cummings said. "And he had no regrets that he went in that day because he felt that he made a difference."

But you won't find Byrnes or any other firefighters who came out of retirement to help after 9/11 listed on any memorial near the World Trade Center.

Although there's no official count, Cummings estimates there are almost 300 men who aren't getting the recognition they deserve.

"They could have sat on the couch like you and I and watched in horror at what went on but they didn't," Cummings said. "They knew what they were trained and they wanted to give that back to the city. They needed to be there."

John Feal started the FealGood Foundation and help create a memorial recognizing all responders who died on 9/11 or later as a result of a 9/11 related illness.

"Those who retired before 9/11 that went back in the 80s and 90s that went back and died or are sick and are deathly ill, they deserve the same recognition that others will get," Feal said. "It's that simple."

Chief Byrnes has a spot on that wall.

But the Nesconset Memorial is more than 50 miles from Ground Zero.

And Feal says Chief Byrnes and so many others deserve a spot next to their brothers down a the site.

"To be able to go on a wall next to your best friend who might have still been on the job after you retired would mean the world to a lot of these families," Feal said.

Cummings has been writing letters to leadership and politicians since her father passed away three years ago.

And everyone seems to agree the retired responders deserve recognition.

In a statement Congressman Peter King said, “Very simply, I believe these heroic individuals need to be recognized. We must work with local, state and federal officials to determine the appropriate location and means to honorably recognize these heroic men and women.”

But Cummings received a letter from FDNY Commissioner Daniel Nigro two years ago echoing the same sentiments... but so far nothing.

Feal says it's probably about the money that would have to follow from recognizing the retirees as being in the line of duty.

"When these men and women die, the spouses lose the benefits and these LOD benefits would help these families immensely," Feal said.

But Cummings says she just wants her father and other retirees to take their proper place in our country's history.

"We're not looking for anything monetary," Cummings said. "We're looking for the City of New York to recognize these men. Whether they be retired, they still gave their life for the city. They're not just civilians."

She says they deserve to be with their brothers.