Arrest made in violent lower Manhattan robberies that left 2 hospitalized 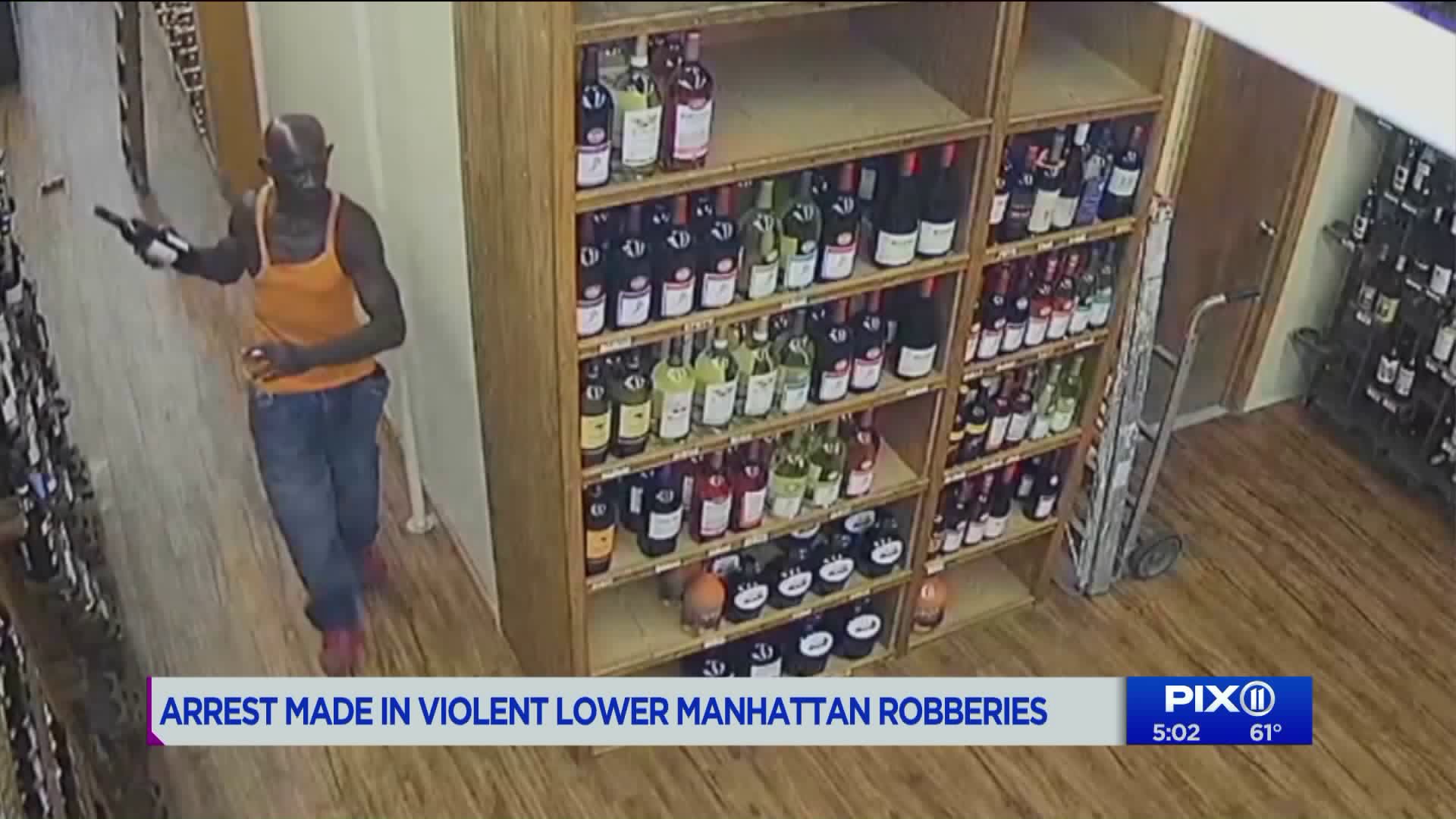 Rickey Hayes, 61, was arrested during a third robbery attempt inside Macy`s, located in Manhattan`s Herald Square.

MANHATTAN — A man has been arrested in connection with two violent robberies that occurred in lower Manhattan on Sunday, leaving an 88-year-old woman and a 66-year-old man hospitalized in serious but stable condition.

Rickey Hayes, 61, of Newark, was arrested during a third robbery attempt inside Macy's, located in Manhattan's Herald Square.

Officers caught him hours after he was seen on camera punching and kicking an 88-year-old woman and 66-year-old man inside Reno Fashion, located at 498 Laguardia Pl. in Greenwich Village.

Surveillance  video captured Hayes striking the 66-year-old man on the head with several glass jars and a ceramic pot. Hayes attempted to remove money from the cash register but was unsuccessful.

Both victims were hospitalized for numerous lacerations to their head in serious but stable condition.

Police said Hayes was also involved in an earlier violent robbery the same day at Park Liquors, located at 53 Ludlow St. in the Lower East Side.

Police said Hayes approached an employee with a bottle of liquor in his hands and threatened to hit him if the employee didn't handover cash from the register. When the employee refused, Hayes proceeded to hit him with the bottle and continued to throw other bottles at him.

The employee ran out of the store and Hayes removed approximately $200 in cash from the register before fleeing.

The victim was treated at the scene by first responders.