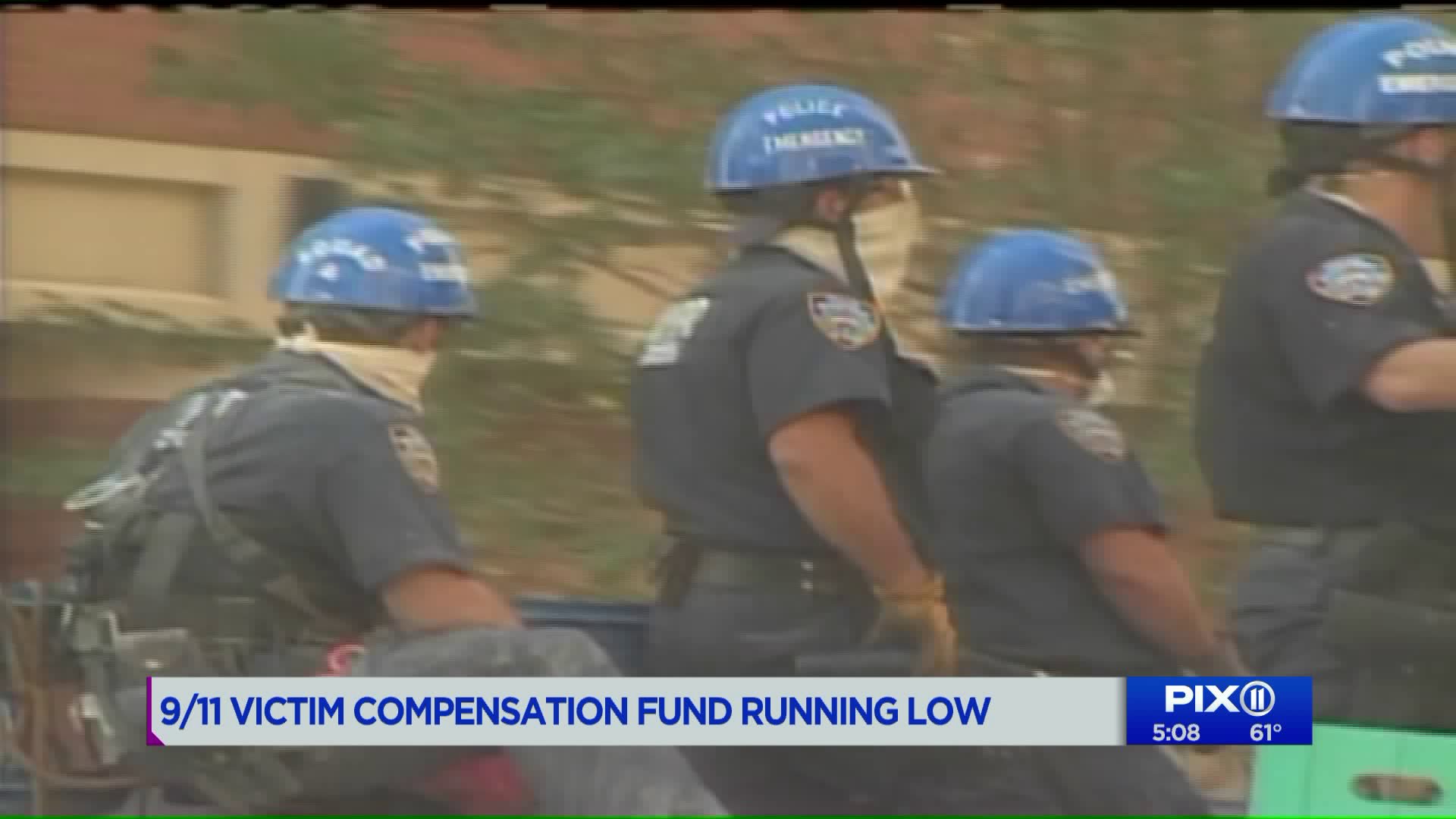 The 9/11 victims compensation fund was allotted $7.3 billion dollars to finance medical expenses for survivors. The money is set to expire at the end of 2020.. but could in fact run out sooner.. as more people are getting sick.

NEW YORK -- The 9/11 Victims' Compensation Fund was allotted $7.3 billion to finance medical expenses for survivors  of the terror attacks and while the money is set to expire at the end of 2020, it could run out sooner as more people are getting sick.

Special Master of the fund Rupa Bhattacharyya said the fund has paid out just over $4 billion to date, leaving a little more than $3 billion left.

"We're not at a point where this is an imminent concern, but it's one that we obviously all want to keep an eye on so we know what we're looking at for the future," Bhattacharyya said.

Dennis Murphy, a retired NYPD detective, said the fund has paid his medical expenses as he battles tongue cancer that has spread to several parts of his body and may now have metastasized in his liver and bones.

"They have taken care of my medical expenses 100 percent," Murphy said. "I'd be on the verge of bankruptcy right now."

In a news conference Monday, president of the Uniformed Fire Officers Association Jake Lemonda said more than 1,000 firefighters have been diagnosed with cancer or a respiratory illness related to 9/11. To date, 182 firefighters have died from 9/11-related illnesses.

Brooklyn Borough President Eric Adams is calling on the NYPD to change its rules regarding disability pension claims. Adams said first responders are required to show multiple forms of proof that they responded on 9/11, but believes only one proof of presence should be necessary.

"You cannot deny documented 9/11-related illnesses for the officers because of the sloppy record keeping and retention of the police department," Adams said.

Everyone near the Twin Towers during or after the attacks is urged to join the World Trade Center Health Fund, even if they do not have health problems. The fund is free to join and can help them get medical monitoring and treatment, if needed.