Some residents say ‘Little Dominican Republic’ is not little enough 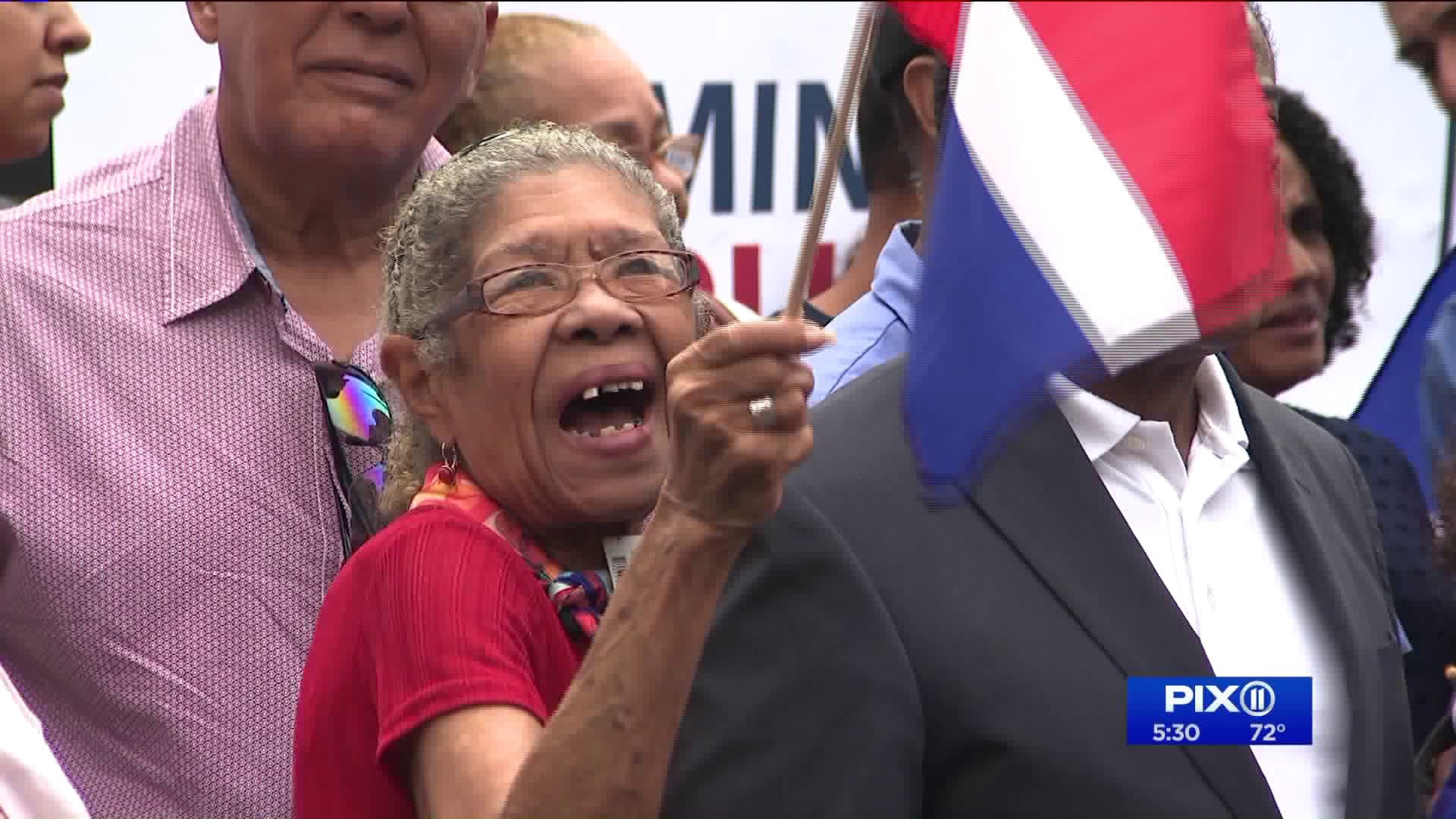 The new district, called Little Dominican Republic, was unveiled in a ceremony on Friday afternoon that was led by its sponsor, Democratic state senator Marisol Alcntara.

WASHINGTON HEIGHTS, Manhattan — At nearly 1 million strong, it’s a community of significant influence in New York City, and now, New Yorkers with roots in the Dominican Republic have a part of the city that’s both named after, and dedicated to, them.

Not everyone is pleased with the new designation, however, and a few of its details remain unclear.

The new district, called Little Dominican Republic, was unveiled in a ceremony on Friday afternoon that was led by its sponsor, Democratic state senator Marisol Alcántara.

At the news conference at 178th Street and Broadway, she pointed out that during the 1970s and 1980s, there was a general exodus from the city, that many Dominican residents resisted.

“Because of us, Upper Manhattan is [now] one of the attractive neighborhoods in the city of New York," the senator said to the group of mostly Dominican residents.

Senator Alcántara’s initial announcement of the creation of the Little D.R. district, as she called it, showed it extending from 135th Street in Hamilton Heights to 220th Street in Inwood, along the blocks skirting Broadway.

A later press release showed that the designation was slightly smaller — from 145th Street to 220th Street. Still, that area encompasses more than 200 city blocks.

By comparison, other ethnic enclaves in Manhattan are much smaller. Little Brazil is one city block. Little Italy takes up 14 blocks. Chinatown is a 50-block area.

One reason for the designation, its sponsor said, is to make a statement about the neighborhood’s past identity, as it continues to gentrify.

“We are ready to fight to stay in the city," Alcántara said.

Among a variety of people who live or work in the district, and were interviewed in a random sampling by PIX11 News, the reaction was mixed.

“I don’t know about pigeonholing neighborhoods into nationalities,” said Audrey Zeidman, who works near the upper end of the designated district, which takes up more than a quarter of Upper Manhattan.

Another resident, Jamie Silva, gave a big thumbs down. “I am Dominican and I don't go through with this part, because in here is [the] United States.”

The designated district will be home to a variety of cultural and culinary events over the next few months, a listing which is here http://littledominicanrepublic.nyc