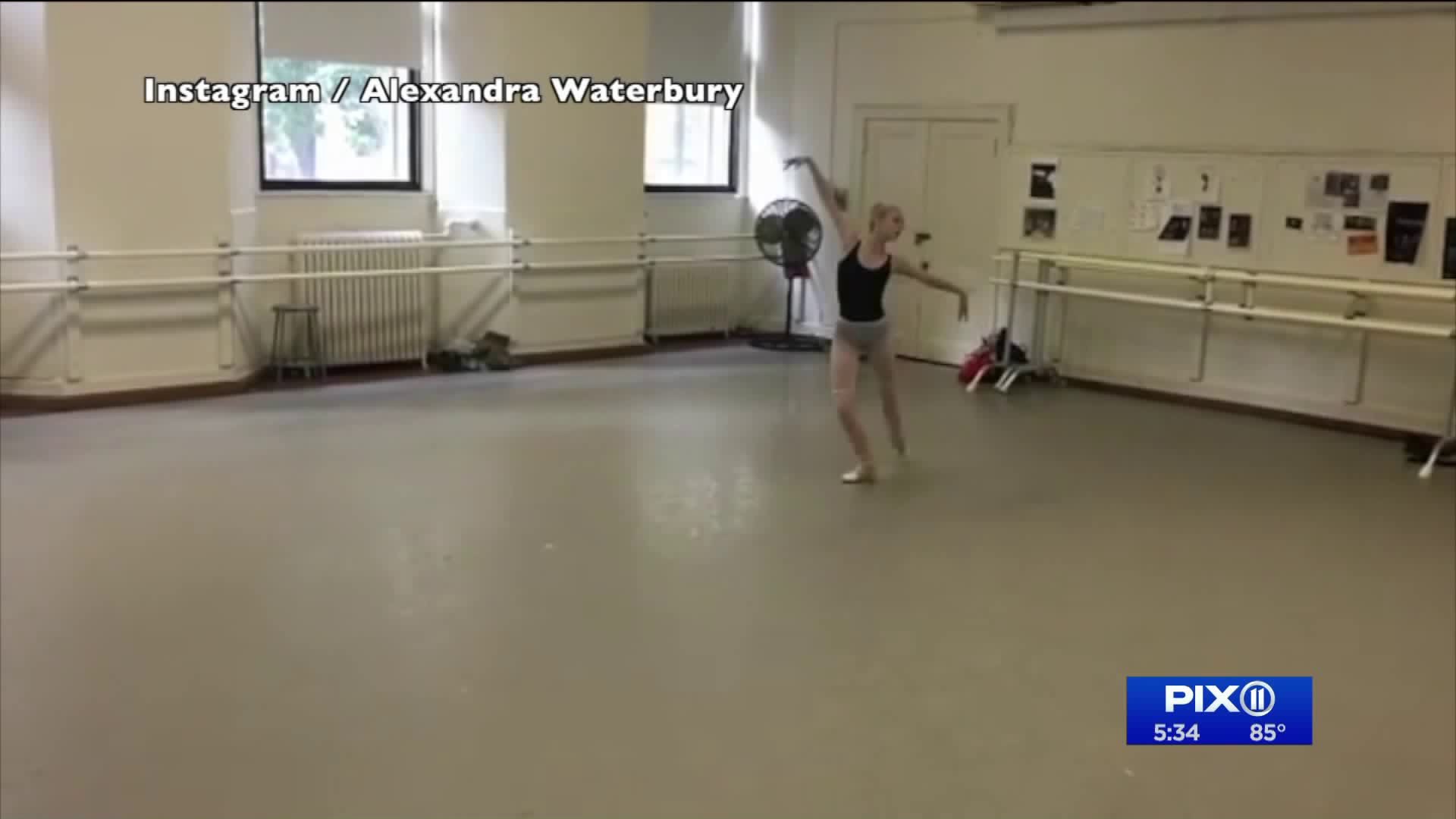 Ballerina Alexandra Waterbury says after three years as a student at the New York City Ballet she was horrified to learn that explicit photos of her were taken by a fellow dancer and shared without her knowledge.

Ballerina Alexandra Waterbury says after three years as a student at the New York City Ballet she was horrified to learn that explicit photos of her were taken by a fellow dancer and shared without her knowledge.

"To know that this could happen to any little girl I pass on the street due to institutions like the New York City Ballet and their indifference to sexual assault breaks my heart," Waterbury said.

Lawyer Jordan Merson filed a lawsuit on behalf of Waterbury against the NYCB and former Principal Dancer Chase Finlay. The suit alleges that, while the two were in a relationship, Finlay took explicit photos of Waterbury and shared them with other members of the ballet.

"We intend to show that they were taken to embarrass, to hurt, and to harm her," said Merson.

While Waterbury says the pictures we're not taken at the New York City Ballet, she says the organization allowed the culture to exist. So much so that it sometimes involved dancers, patrons, and even donors.

In one case, the lawsuit alleges Finlay exchanged text messages with an unnamed donor who said, "I bet we could tie some of them up and abuse them like farm animals," referring to girls from another ballet company.

Waterbury says she first alerted ballet officials to the problem in June after seeing the pictures and text messages on Finlay's computer.

"I have felt helpless when thinking of my careers as everything has been jeopardized due to these photos," she said.

NYCB did not return our requests for comment, but according to the New York Times, Finlay resigned last month and two other male dancers were suspended through the 2019 season.

In a statement, Finlay's lawyer told PIX11, "The Complaint is nothing more than a mass of allegations that ought not to be taken as fact."

But in light of Waterbury's courage to come forward, Merson says he expects other dancers will join the suit and Waterbury says she won't back down.

"Today and everyday I will have to say very loudly and very clearly the notorious phrase -- 'me too.'"