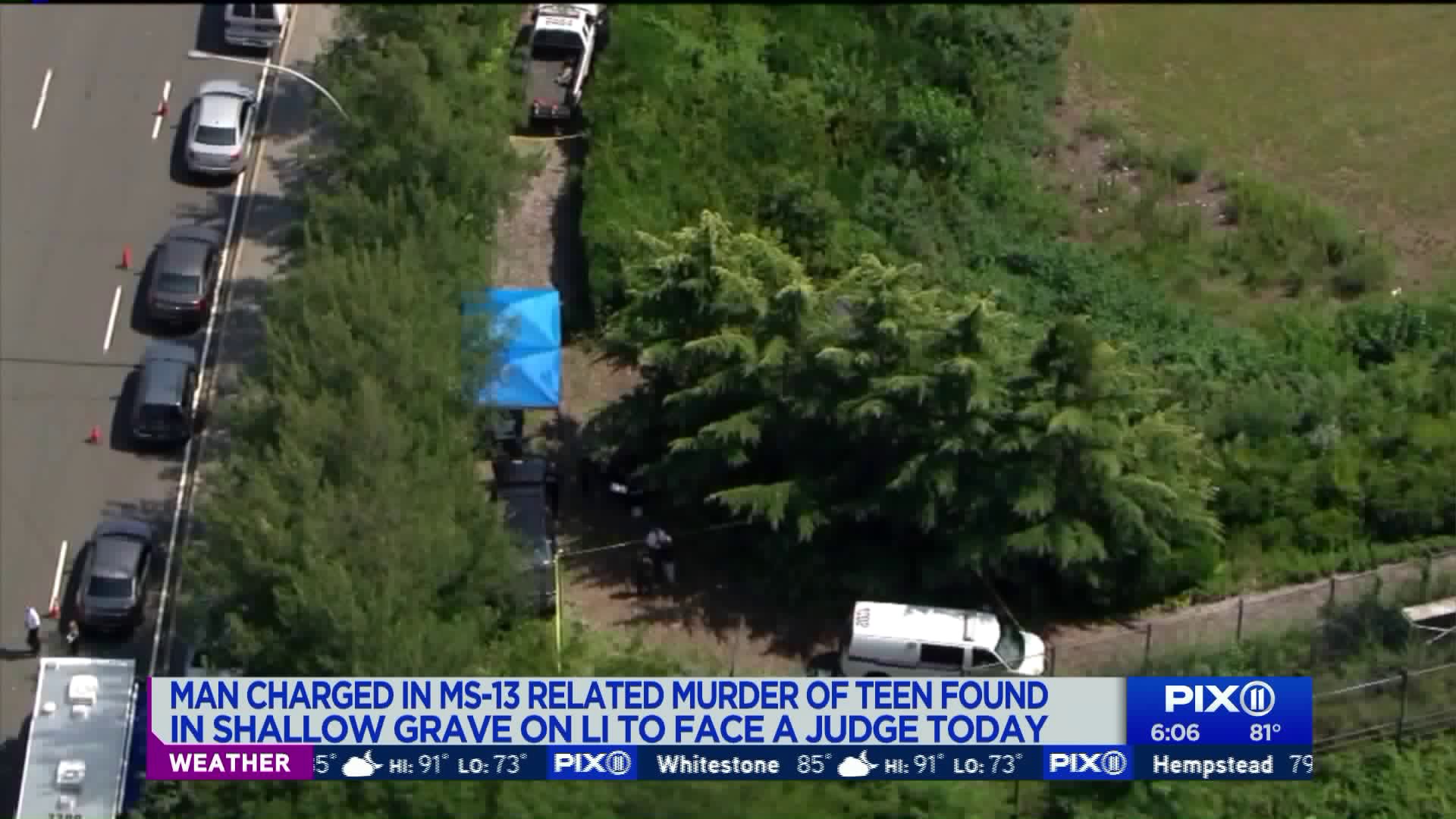 A man has been charged with the gang-related killing of a teenager whose body was found in a shallow grave on Long Island more than a year after he was slain.

LONG ISLAND, N.Y. — A known MS-13 gang member has been charged in killing of a teenager whose body was found in a shallow grave on Long Island a year after he was slain, police said late Wednesday.

Carlos Benitez-Hernandez is accused of killing a teenager whose body was found on Long Island on Aug. 29, 2018. (Nassau County police)

Carlos Benitez-Hernandez, 21, faces a second-degree murder charge and is set to see a judge Thursday, according to Nassau County police.

The Uniondale man and known MS-13 gang member is accused of killing a teenager whose body was found Wednesday in a shallow grave near Glenn Curtiss Boulevard, police said. The boy was likely killed in August 2017, according to Nassau County homicide Detective Stephen Fitzpatrick.

The incident seems to fit the gang's M.O., which is to kill people they know in a wooded area, according to the homicide detective.

"That person has been almost lulled into a false sense of security; going in there to smoke marijuana, or hang out, have a little meeting. They just don’t know in that particular case, they’ve been marked for death," Fitzpatrick said.

The killers may have perceived their victims as showing disrespect, or threatening the gang.

Benitez-Hernandez is an undocumented immigrant and violent felon who was on parole at the time of the killing, Fitzpatrick said.

Several others were likely involved in the incident and are in custody, according to police. It is not clear if any have been charged.

The victim's name and cause of death have not been released.

"We don’t know the identity of the victim until the DNA testing is done and confirmed, then we notify the families, but we do know that the individuals that were responsible for this murder and many of the other murders that we’ve had over the last, again, two years, are MS-13," Nassau County Police Commissioner Patrick Ryder said

At least 25 bodies have been found on Long Island since January 2016, the Associated Press reported Tuesday. MS-13 has been blamed for all of the deaths.

There are no known murders connected to the MS-13 gang this year in Nassau County, and any people found dead in 2018 were killed in the two years prior, Ryder said Wednesday.

Police have no reason to believe there are more remains buried in Nassau County, Ryder added.