‘Justice for Junior’: 13th suspect arrested in slaying of Bronx teen at bodega 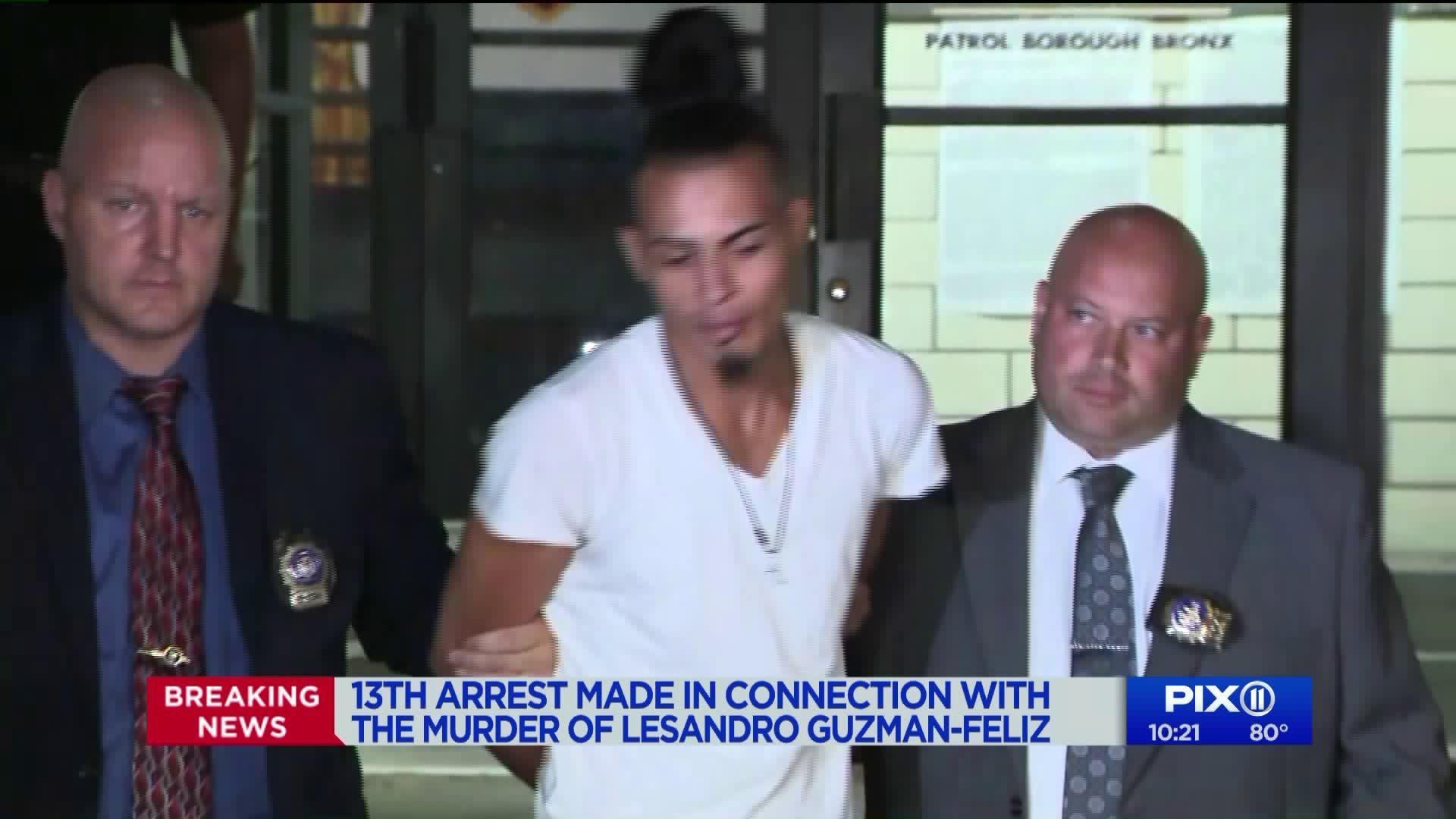 Ronald Urena, 29, was charged with murder, manslaughter, gang assault, conspiracy, criminal possession of a weapon. He is the 13th person arrested in the 15-year-old`s death in June.

Ronald Urena, 29, was charged with murder, manslaughter, gang assault, conspiracy and  criminal possession of a weapon.

Police told PIX11 that Urena was present at a meeting of suspected Trinitarios members when an order was given to assault a member of a rival set within the gang. They apparently targeted Guzman-Feliz after he became startled by seeing a four-vehicle convoy that was cruising behind St. Barnabas Hospital.

Detectives said Diego Suero, a 29-year-old man also in custody, was the leader who gave the order.

Urena was among a group of alleged gang members who, while out cruising for members of rival gangs, spotted 15-year-old Guzman-Feliz on June 20 and chased the teen, thinking he was part of a rival gang.

The suspect is accused of being part of a long chase that ended with Guzman-Feliz running into a deli on Bathgate Avenue. However, investigators don't believe Urena was present when Guzman-Feliz was attacked blocks away outside a Bronx bodega.

The group of alleged Trinitarios gang members chased Guzman-Feliz into the bodega on 183rd Street and Bathgate Avenue then dragged him back outside and attacked the teen with knives and a machete.

The teen suffered a lethal slash wound to his throat and stumbled back into the bodega. He was pointed toward the door, and left, running toward a nearby hospital. The teen collapsed on the way and died outside.

The teen's shocking death sparked the "Justice for Junior" movement and has attracted international attention.

"I want to say thank you again," Leandra Feliz told PIX11 after she learned of the latest arrest in her son's slaying. "To get justice for my son, this is God working."

While being walked by police Sunday night, Urena told PIX11 in Spanish that he is innocent. He said he's not a gang member and that he doesn't know the other men arrested. Urena also asked his sister to take care of his daughter.

Until Sunday, the most recent arrest in the Bronx teen's death had been in early July. Officers are still looking for one more suspect, police sources said.

In addition to Urena, these individuals — all accused members of the Trinitarios gang — are in custody in connection with Guzman-Feliz's murder:

In July, NYPD Chief of Detectives Dermot Shea pledged the gang would "feel the wrath of the NYPD."

"We're not going to rest until anyone responsible, having any role whatsoever in that tragic incident, is brought to justice," Shea said at the time.