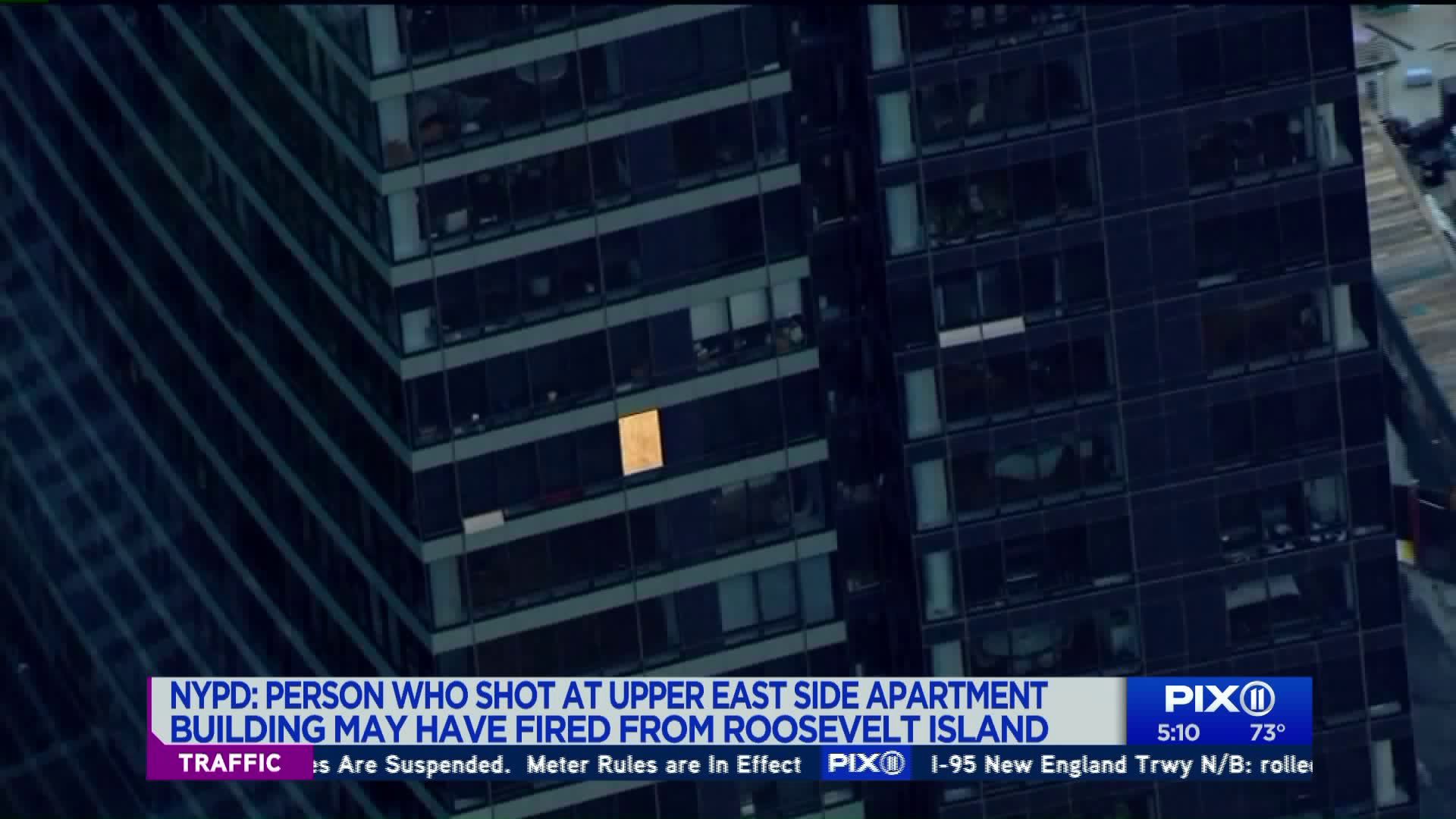 Police conitnue their search for the gunman who opened fire at at a luxury apartment building.

UPPER EAST SIDE — Residents of a luxury high-rise building on the Upper East Side are living in fear after a mystery shooter fired bullets into apartment windows twice  in the last week.

Two residents had their windows shattered after shots were fired into their One East River Place apartments, police sources told PIX11 News. Residents of the high-rise building, located on 72nd Street between York Avenue and FDR Drive, are now using plywood to shield their apartments from incoming bullets.

UNDER SIEGE: Upper East Side luxury high rise apartment building hit by a barrage of bullets. Tenants on the 14th and 32nd floor woke up to shots fired into their units. NYPD looking into whether bullets came from Roosevelt Island. @pix11news pic.twitter.com/tySVvYTqoS

The first shooting happened at about 11:30 p.m. on Aug. 14. A man living on the 14th floor woke up after a gunshot shattered his window. Police found bullet fragments on the living room floor.

Two days later, a woman living on the 32nd floor was sleeping when a gunshot shattered her window at about 1 a.m.

Both apartments face the river and are on the same side of the building.

Neither tenant was injured. Investigators are looking into the shooter possibly being on Roosevelt Island.