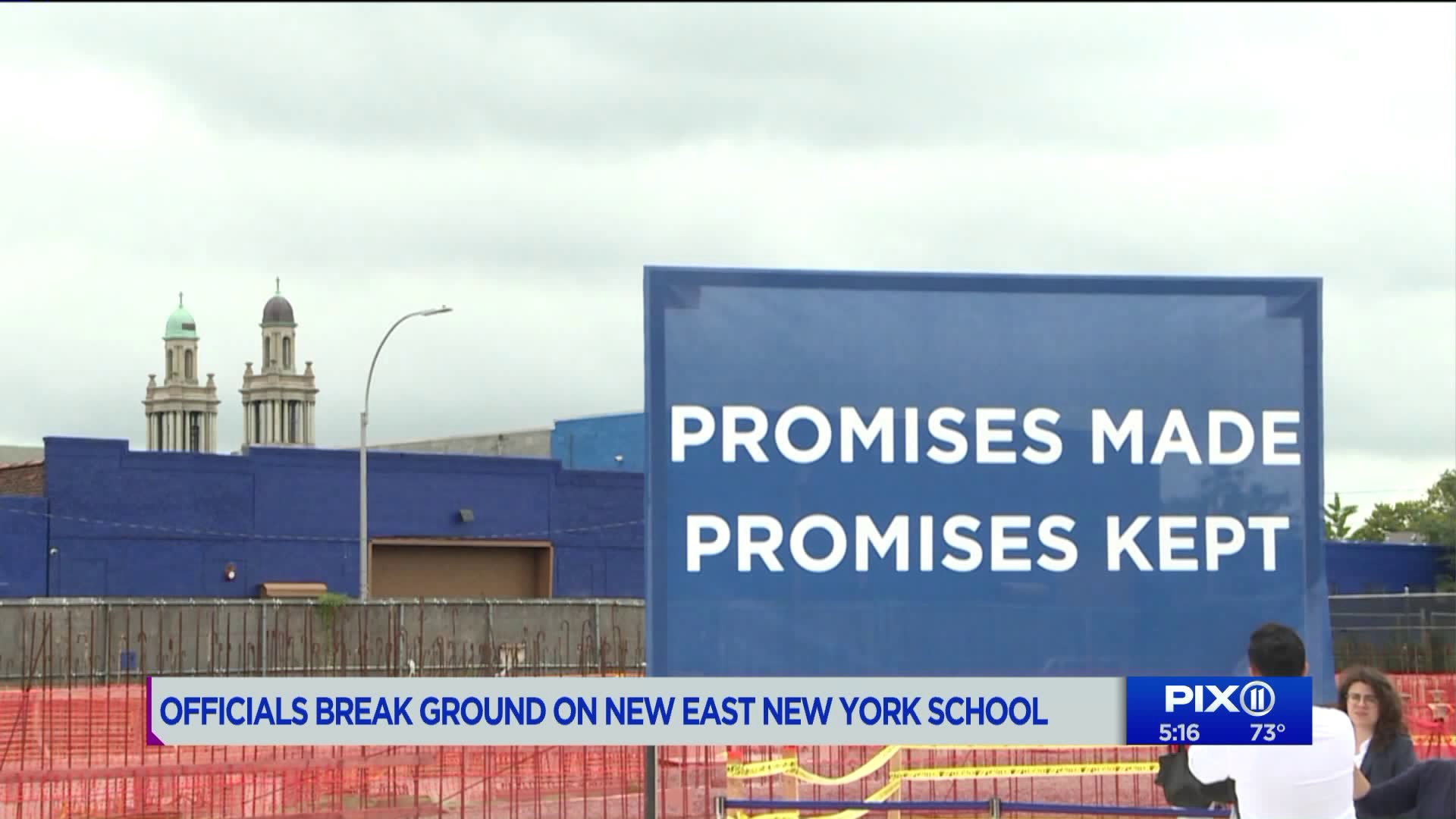 After decades of broken promises, East New York residents initially protested Mayor de Blasio`s plan to rezone the neighborhood.Many were fearful they`d be forced out of their neighborhood due to rising rents caused by the same gentrification in other New York neighborhoods. Monday, the Mayor validated those fears.

Many were fearful they'd be forced out of their neighborhood due to rising rents caused by the same gentrification experienced by other New York City neighborhoods.

On Monday, the mayor validated those fears.

But the mayor pointed out that the promises he made in 2016 have been promises kept. Since the City Council adopted the East New York Community plan two years ago, thousands of new affordable-housing units have been built and thousands more are on the way.

With the foundation already poured, the mayor, elected officials and community members all raised their shovels to "breakground" Monday on a new school in the community.

"With so many new housing units coming to East New York, the children of these families needed a place to go to school," life-long resident Manny Burgos said. "That's why today is so significant and this was 30 years in the making, the wait for this school."

Scheduled to open in September of 2020, the new school will have enough room for 1,000 students in pre-K through eighth grade. It will include state-of-the-art science labs, music and art spaces, and a 1,000-square-foot greenhouse on the roof.

"This is equity in excellence in action, a school with the tools to support the whole child right here in Brooklyn," Department of Education chancellor Richard Carranza said.

The new school is part of the $270 million plan for improvements in East New York.

Councilman Rafael Espinal said he's determined to make sure all of his constituents will be able to stick around and reap the benefits.