Family of Brooklyn imam may make bail, as details emerge about ritualistic death of 3-year-old boy in New Mexico 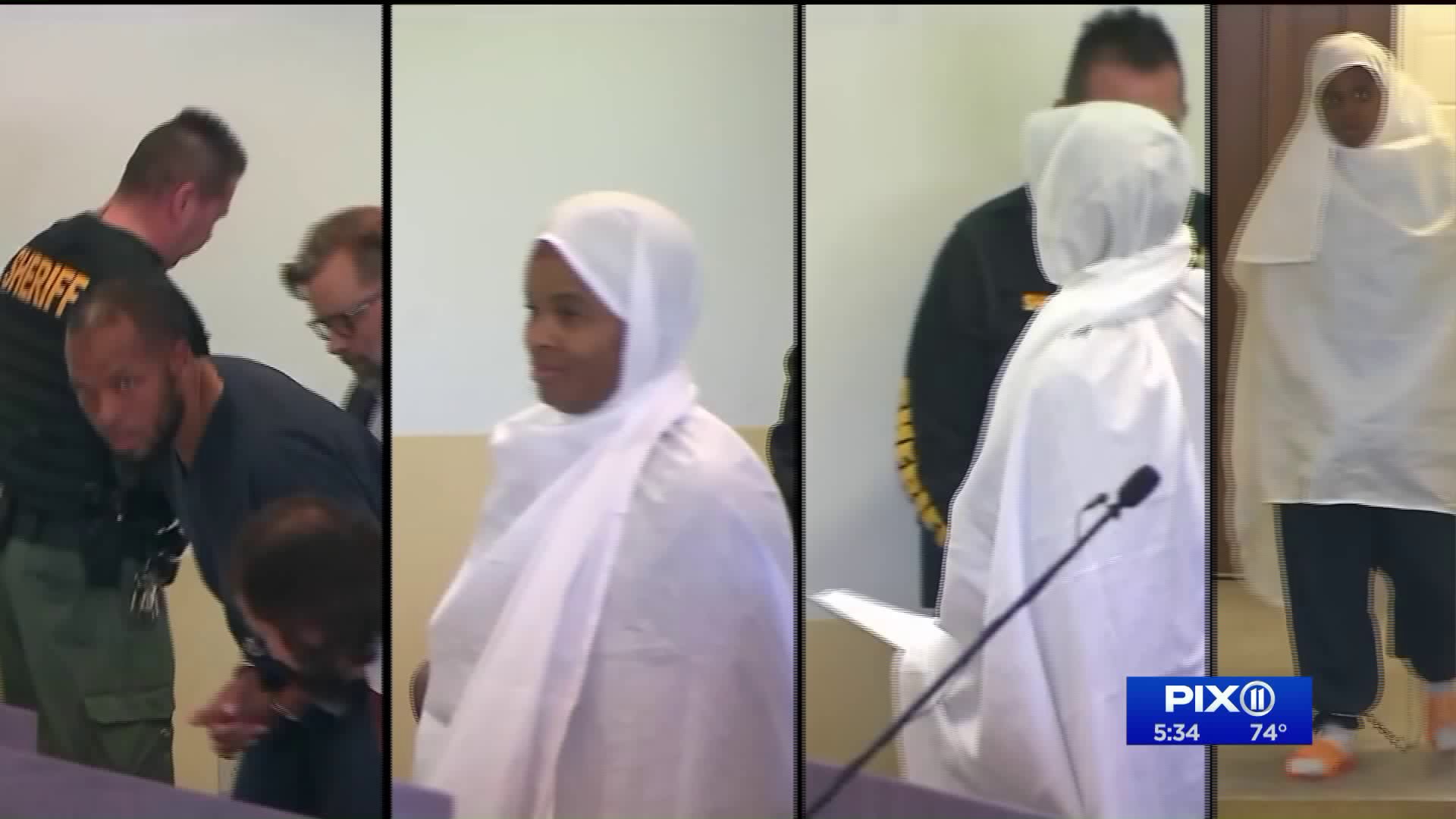 NEW YORK -- The two daughters of a prominent Brooklyn imam, who were arrested in a filthy New Mexico compound on child abuse and weapons charges were granted low bond, along with their sister-in-law and another man, but the imam’s son may have a harder time making bail before trial.

During a raid on August 3, sheriff’s deputies found 11 starving children dressed in filthy rags and took five adults into custody. Four of the adults are related to Brooklyn Imam Siraj Wahhaj, Sr. — who runs the Masjid al Taqwa mosque on Fulton Street in Brooklyn.

Several days later, the remains of a small child were found in a hand-dug tunnel under the compound. They were later identified as Abdul Ghani Wahhaj, who was three when he was allegedly taken by his father, Siraj Wahhaj, Jr., from his mother’s home in Georgia last November.
A kidnapping warrant was later issued for Wahhaj’s arrest.

During dramatic testimony Monday in the Taos County courtroom, an FBI agent testified that one of the children told authorities that 3-year-old Abdul was part of rituals that his father and stepmother intended “to expel demons.”

In February, little Abdul died, according to FBI Special Agent Travis Taylor, who quoted one of the children he had de-briefed:

“During this ritual, Abdul passed out and Siraj placed his hand on his chest but couldn’t feel a heartbeat,” the agent said.

Prosecutor John Lovelace added, “Everyone at the compound prayed to Abdul’s body and the children were told Abdul would be resurrected and he would come back as Jesus.”

Even more disturbing was the testimony that followed. Lovelace said Wahhaj’s second wife, Jany Leveille, told the children that Abdul would tell them which “corrupt institutions to get rid of.”

Defense attorneys for the family said nothing came out in court that proved the family was planning a school shooting mission and that played into the judge’s decision to free most of the adults.

Defense attorney Thomas Clark noted: “We live in a country with religious freedom. If these people were white or Christian, no one would bat an eye over faith healing or touching a body.”

The judge set strict bail conditions for the four adults expected to win freedom, pending trial. They will be required to wear GPS ankle monitors, so the government can keep track of them.

Siraj Wahhaj Junior may have a more difficult time making bail, because he was wanted on a kidnapping charge in Georgia.

Retired NYPD Detective Michael Zotto, who told PIX11 he did extensive undercover work at the Masjid al Taqwa mosque post-9/11, reacted this way when he heard about the $20,000 bond for four of the suspects: “This is completely insane.”