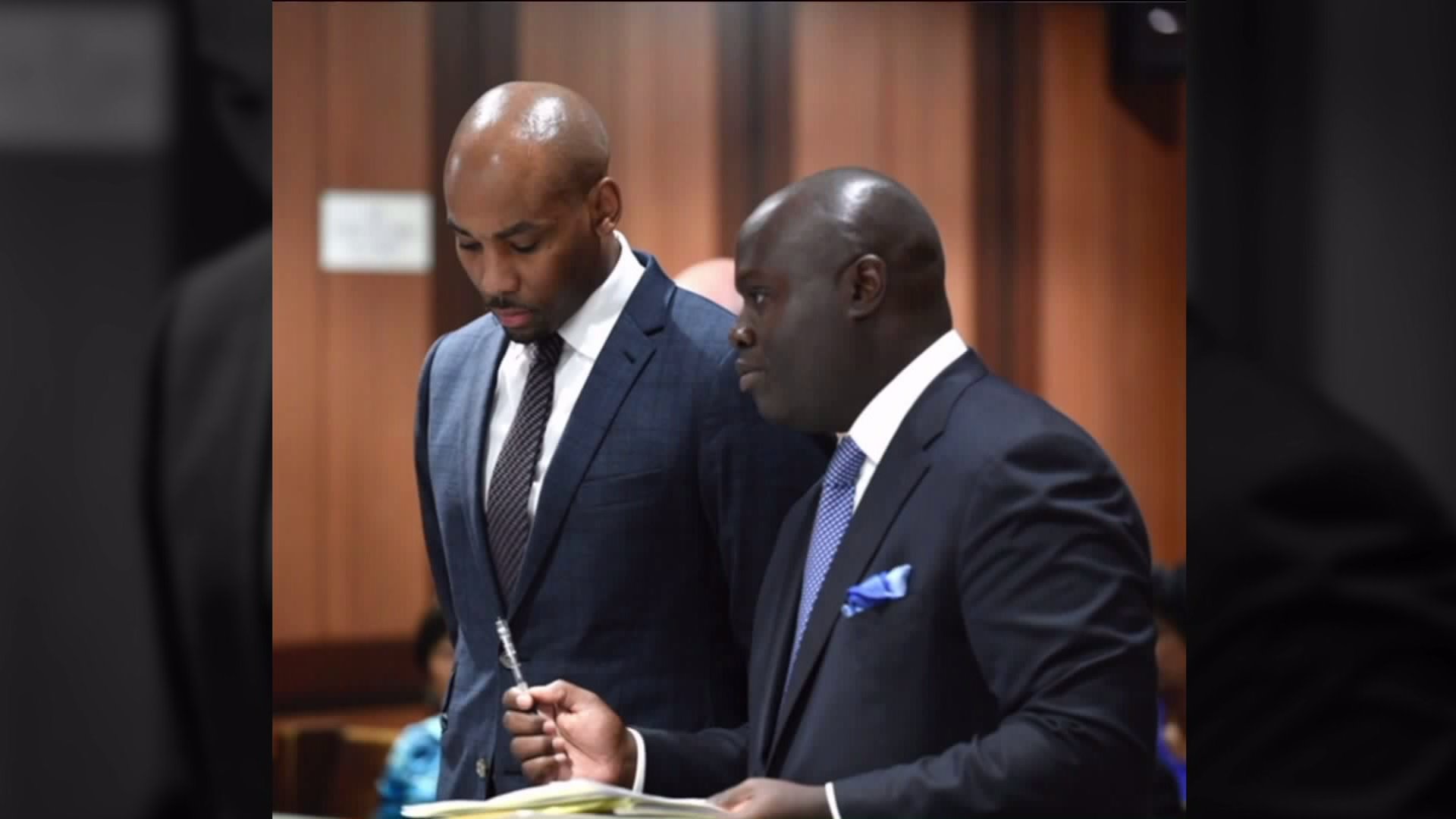 Wake Forest University assistant coach JamillJones, 35, of Kernersville, N.C. was charged with assault after turning himself in to police, officials said. He allegedly punchedSandor Szabo in the face,knocking him to the pavement, after Szaboknocked on the window of Jones` SUV. Szabo thought the SUV was his Uber back to his hotel.

LONG ISLAND CITY, Queens — Police arrested a college basketball coach Thursday after a Florida tourist, in Queens for his stepsister's wedding, died after a punch to the face.

Wake Forest University assistant coach Jamill Jones, 35, of Kernersville, N.C., was charged with assault after turning himself in to police, officials said. He allegedly punched Sandor Szabo in the face, knocking him to the pavement, after Szabo knocked on the window of Jones' SUV early Sunday. Szabo apparently thought the SUV was his Uber back to his hotel.

A witness told PIX11 he worked with Jones to prop Szabo — who was unconscious and choking on his own blood — up against a car, before the coach fled the scene.

Szabo's cause of death has not been released, but on Friday it was deemed a homicide, according to police.

The Florida man worked in digital advertising and was remembered fondly by his employer.

"Sandor was a super outgoing, friendly, and incredibly smart businessman," his employer said. "He was always upbeat, positive, kind and caring.  He was fun to be with, interesting, and always interested.  He was a really good person."

A spokesman for Wake Forest said university officials are aware of the arrest. They plan to make a statement after learning more about the situation.

Jones was released without bail following his Thursday night arraignment. He's due back in court Oct. 2.