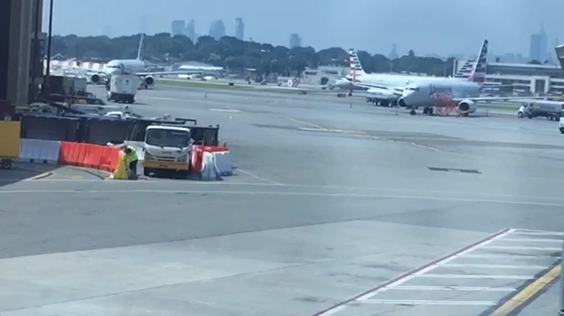 The crew called LaGuardia police the next day at 6:01 a.m., sources said.

American Airlines has confirmed an investigation is underway, and released the following statement.

"As we continue to learn more about this tragic and sensitive situation, we are actively cooperating with law enforcement in their investigation. Please contact law enforcement for additional information," an American Airlines spokesman said.

The Office of NYC Medical Examiner issued a statement to PIX11, saying “We’re investigating what we believe to be a human fetus found deceased on an airplane. We will release determination when investigation is complete.”

The Queens District Attorney's Office is investigating the incident.

LaGuardia Airport tweeted "American Airlines flights at Terminal B may experience some delays to an out of service aircraft."

The account later tweeted to a frustrated customer that planes may be delayed "due to the medical needs of a customer."

American Airlines flights at Terminal B may experience some delays due to an out of service aircraft. Please check with @AmericanAir before your departure.