About $150,000 in narcotics disguised as children’s present during Brooklyn drug deal: officials 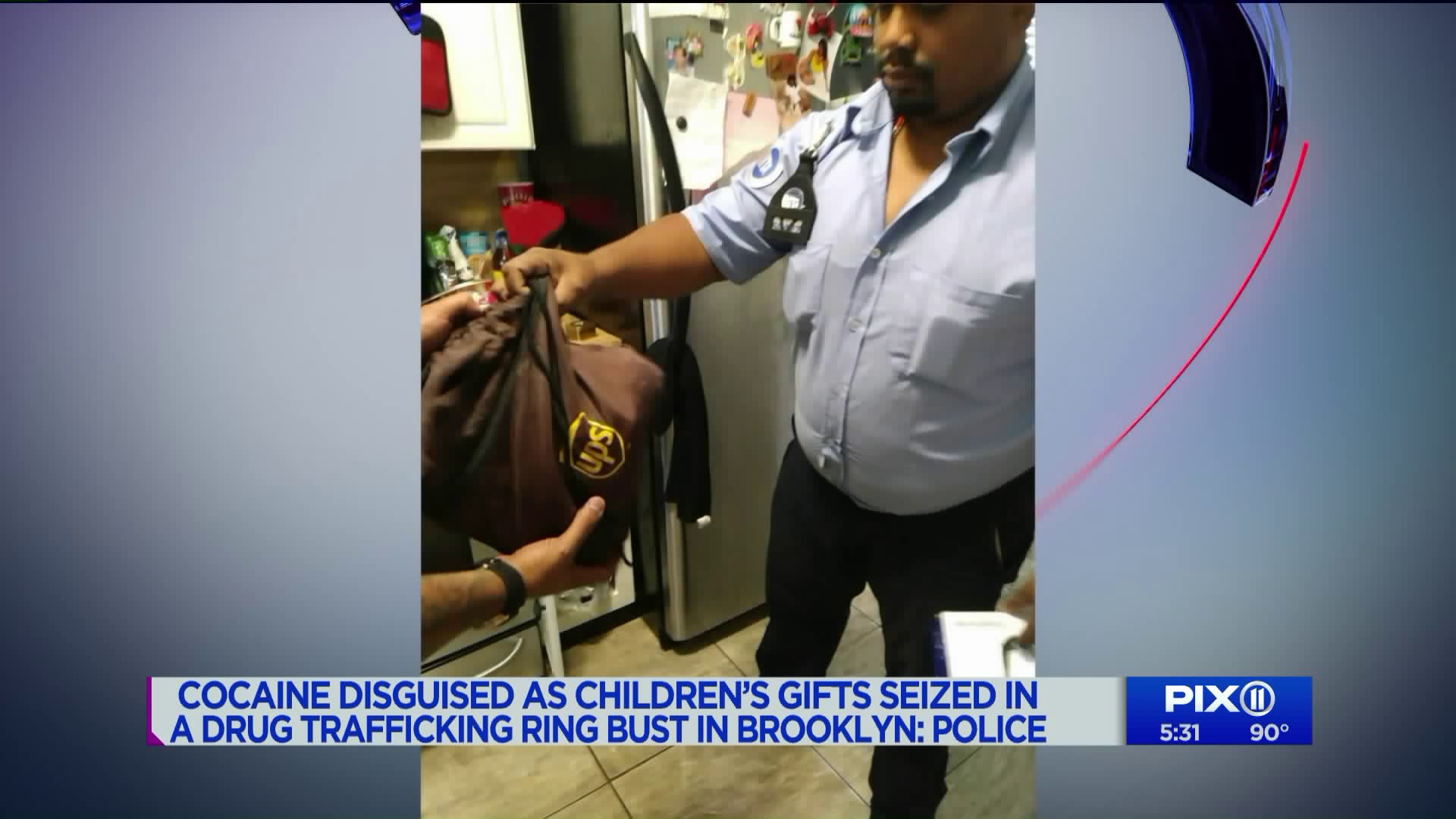 A bus driver and 2 others are under arrest Monday, after allegedly selling drugs and stashing thousands in cash. The drugs, which was cocaine, were disguised as children`s gifts.

BROOKLYN — Approximately $150,000 in narcotics disguised as children’s gifts have been recovered and three men have been arrested after a drug deal in front of a Brooklyn nail salon, officials said Monday.

Officers said they witnessed the sale of two kilograms, or 4 ½ pounds, of cocaine for nearly $74,300 outside the salon at 5821 Avenue T, bordering Flatlands and Mill Basin, on June 19 as part of an ongoing narcotics investigation.

During the drug deal, Christopher Kelly, the manager of the nail salon, allegedly grabbed a package covered with pink Minnie Mouse gift wrap from a vehicle registered to Salvatore Capece. Officials said he then handed it to Robert Woolridge, an MTA bus driver, in exchange for a Burberry shopping bag.

Later that night, agents conducted a search warrant of Kelly's residence and allegedly found the gift-wrapped package partially opened; the Burberry shopping bag, which contained nearly $74,300 cash; and a kilo press, often used to package narcotics, in a vehicle outside. Both men were arrested.

The following week, agents stopped Woolridge in a vehicle near his residence in the Throgs Neck neighborhood of the Bronx as he was on his way to his job.

Woolridge permitted the agents to enter his residence, and retrieved a UPS bag from a kitchen cabinet that contained two kilograms of suspected cocaine worth up to $75,000, as well as scales and packaging materials, officials said.

New York State Police Superintendent George P. Beach II said, “Today’s arrests and indictments are the result of an aggressive strategy to stop illegal drug trafficking and keep cocaine and other deadly drugs off our streets.”

Kelly, 51, Capece, 63, and Woolridge, 38, are scheduled to be arraigned Monday before the Manhattan Supreme Court Justice.