Baby boy dies after being pulled from water near Brooklyn Bridge: police 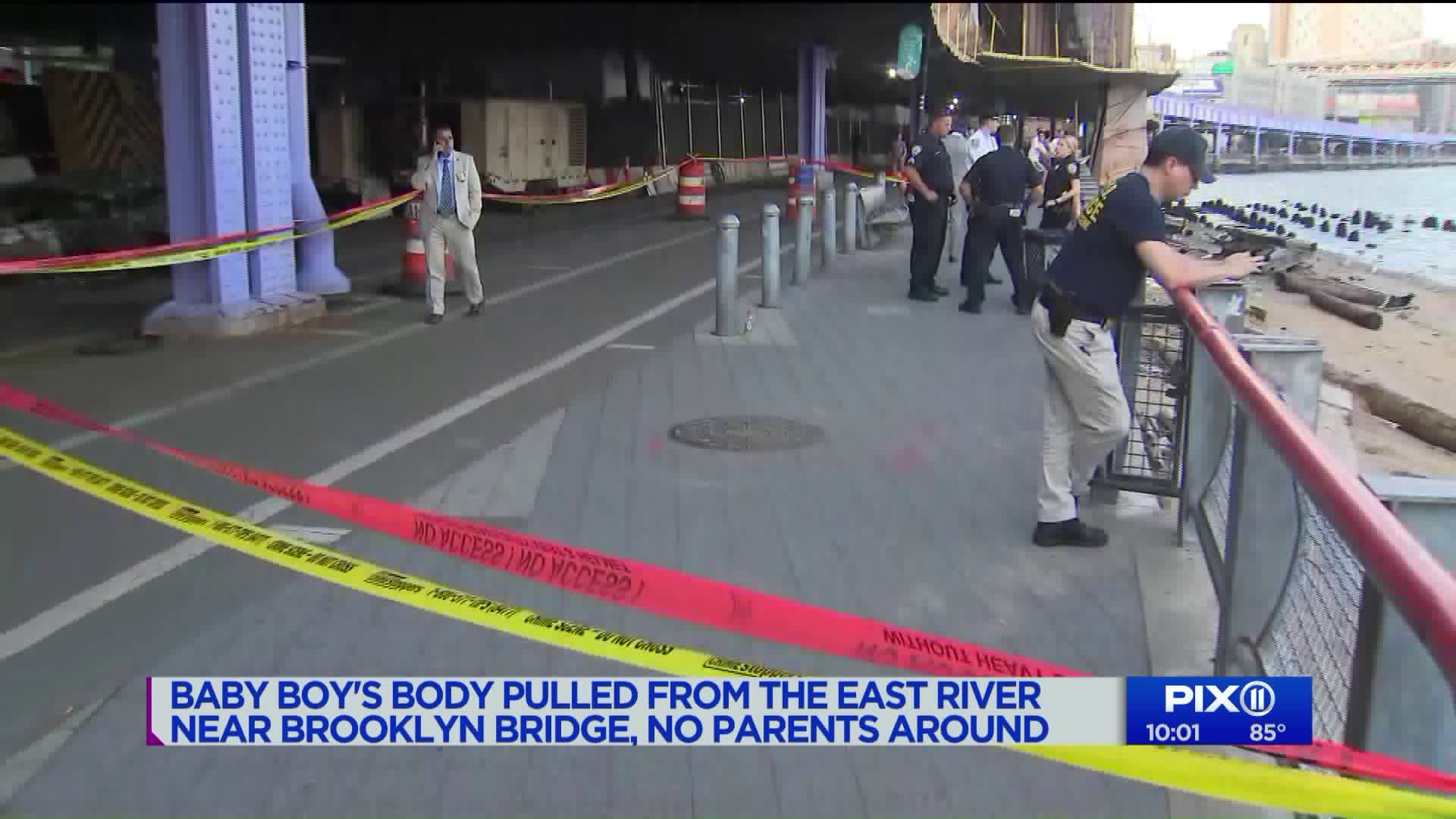 A baby boy died after he was pulled from the water near the Brooklyn Bridge on Sunday afternoon, an NYPD spokesperson said. Tourists spotted the child, fished him out and performed CPR until police arrived and took over.

NEW YORK — A baby boy died after he was pulled from the water near the Brooklyn Bridge on Sunday afternoon, an NYPD spokesperson said.

Tourists from Oklahoma had seen the boy around 4 p.m. and Monte Campbell went into the water to get him out, his wife said.

"You could see its little legs just floating and his head was in the water," Diana Campbell said. "My husband was like 'I have to go in.'"

He waded into the water and used a stick to help him grab the baby, then performed CPR until officers arrived on scene, Campbell said.

Police climbed over the safety railing to retrieve the baby, then brought him to the pedestrian walkway where they performed CPR, officials said. The baby was rushed to the hospital where he died.

The baby's parents were not on scene. Police believe the boy was less than a year old and said there were no visible signs of trauma

No identifying information was immediately available for the child. It is not yet clear how long the baby boy had been in the water, but Campbell noted there was a backpack floating in the water near the child.

The NYPD Harbor Unit was on scene afterward, searching for any additional victims. They've asked anyone with information on the baby to call the 1st Precinct Detectives or 1-800-577-TIPS.

#NYPD Harbor is on scene canvassing in the vicinity of the Brooklyn Bridge in regards to a baby that was found in the water. Searching for any additional victims. If anyone has information on the baby please call the 1st Precinct Detectives or 1-800-577-TIPS. pic.twitter.com/6y1rxJN7Rr