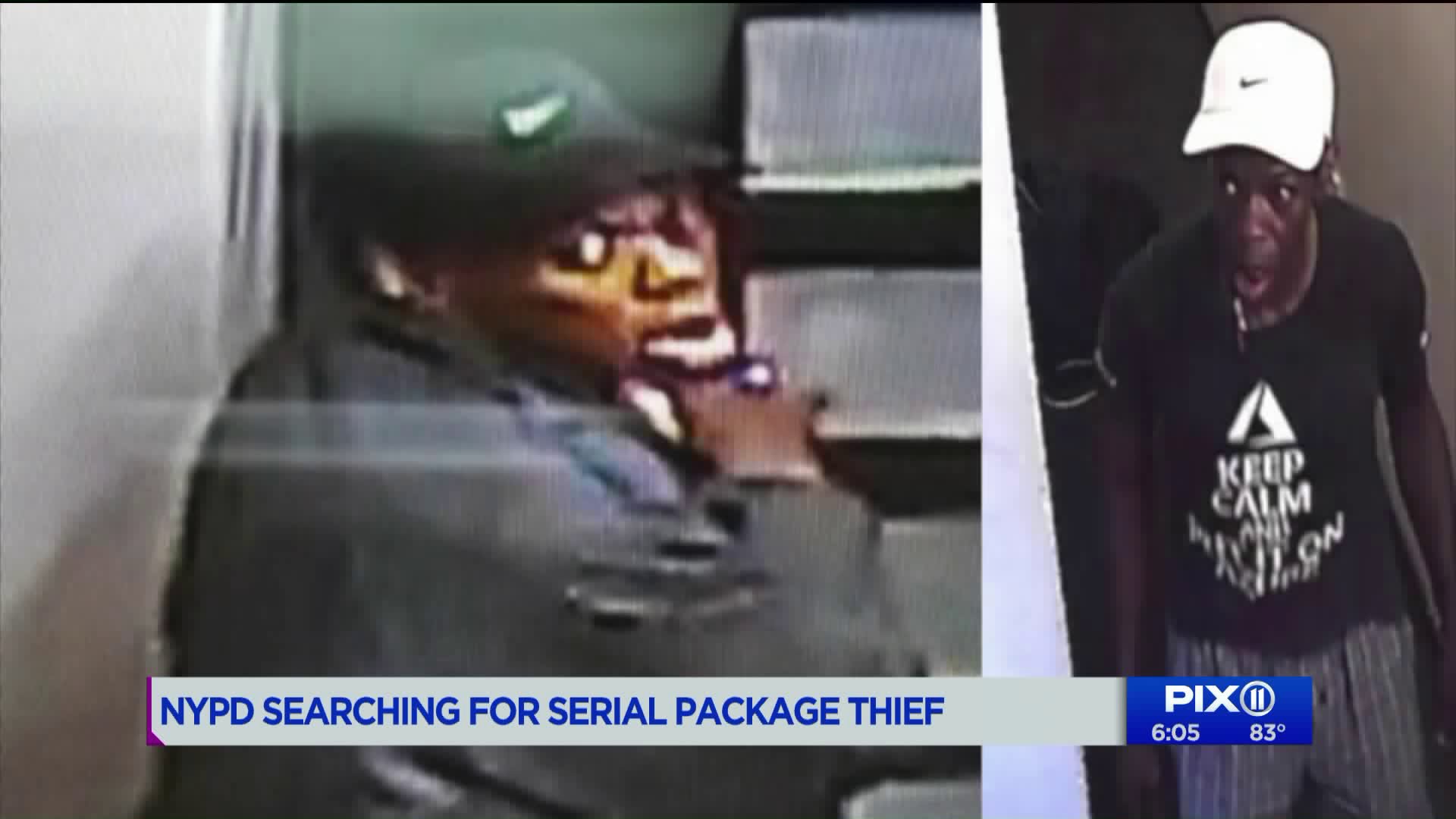 Police distribute video of man they say rings doorbells and then helps himself to packages.

MANHATTAN -- The NYPD is searching for a serial package thief who is wanted for nabbing more than a dozen deliveries around Manhattan.

Police believe one person is responsible for 15 burglaries.

The culprit allegedly gained entry into 14 buildings between Jan. 21 and July 7 by ringing tenants' doorbells until someone rang him in through the doorbell system in their apartment, police said.

Once inside, he opens several packages and removes what's inside. Police estimate the value of the stolen goods is more than $2,500.

Colin Grimes said a thief robbed upwards of $300 worth of goods from an order to his apartment earlier this summer.

“My wife had a package, I believe from JCrew, that had odds and ends, clothes and jewelry,” Grimes said.

His apartment on West 22nd Street is one of 14 buildings the thief hit.

Steven Zivkovic, who lives on West 21st Street, said he and his neighbors have had packages stolen so often that he no longer has packages delivered to his home. His building was also hit by the thief.

“Well, now I send [packages] somewhere else, believe it or not,” Zivkovic said. “It’s been going like that for awhile.”

Zivkovic’s super told PIX11 News that the building installed cameras about three or four months ago to deter thefts.

The NYPD described the serial package thief as a black male between the ages of 30 and 50, who often wears dark clothes, a baseball cap and carries a large bag.

The NYPD asks anyone with information about these burglaries to call the Crime Stoppers Tipline at 1-800-577-TIPS or for Spanish call 1-800-57-PISTA.