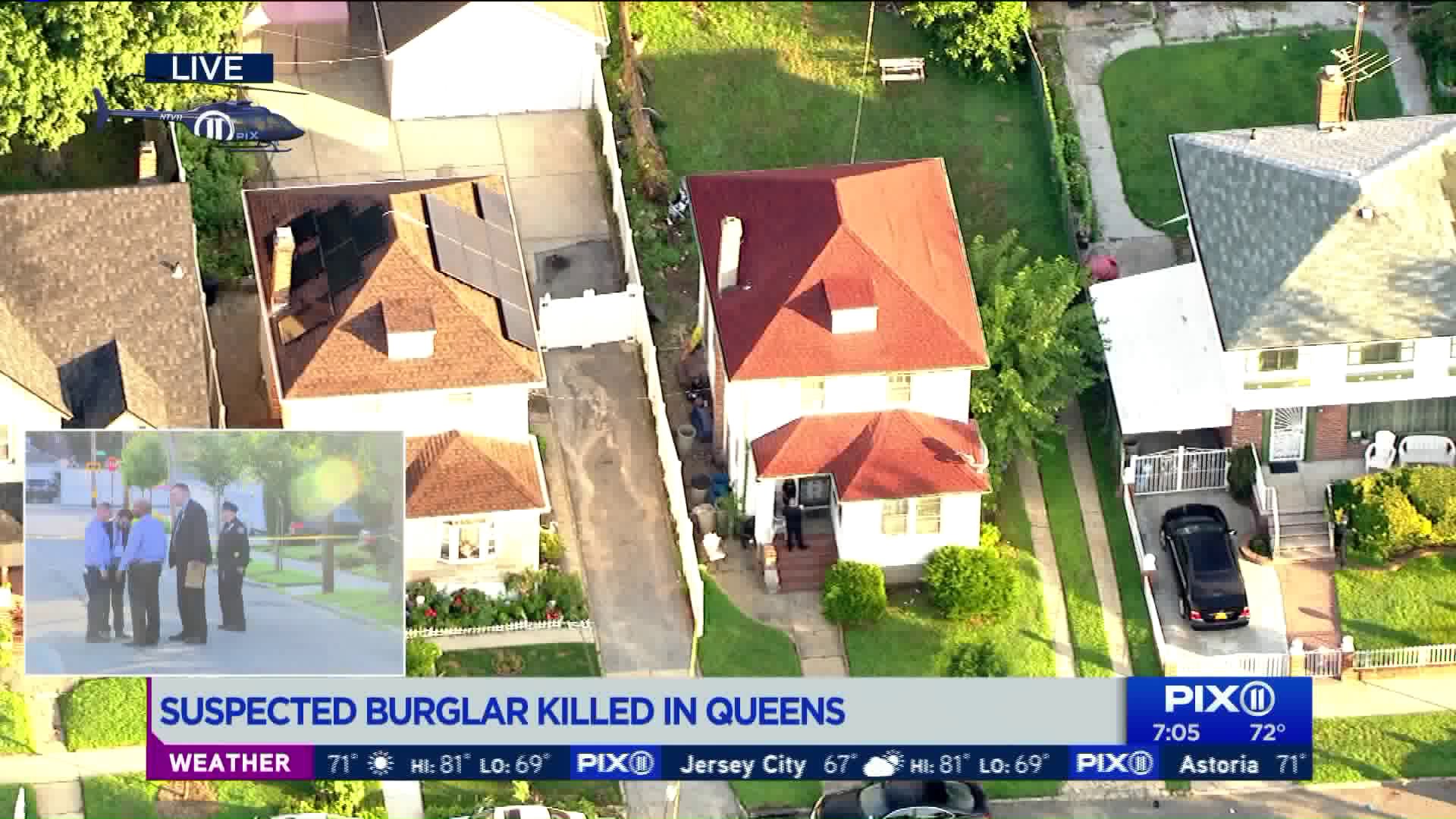 A burglar died Monday after being stabbed and hit with a baseball bat by homeowners, according to police. 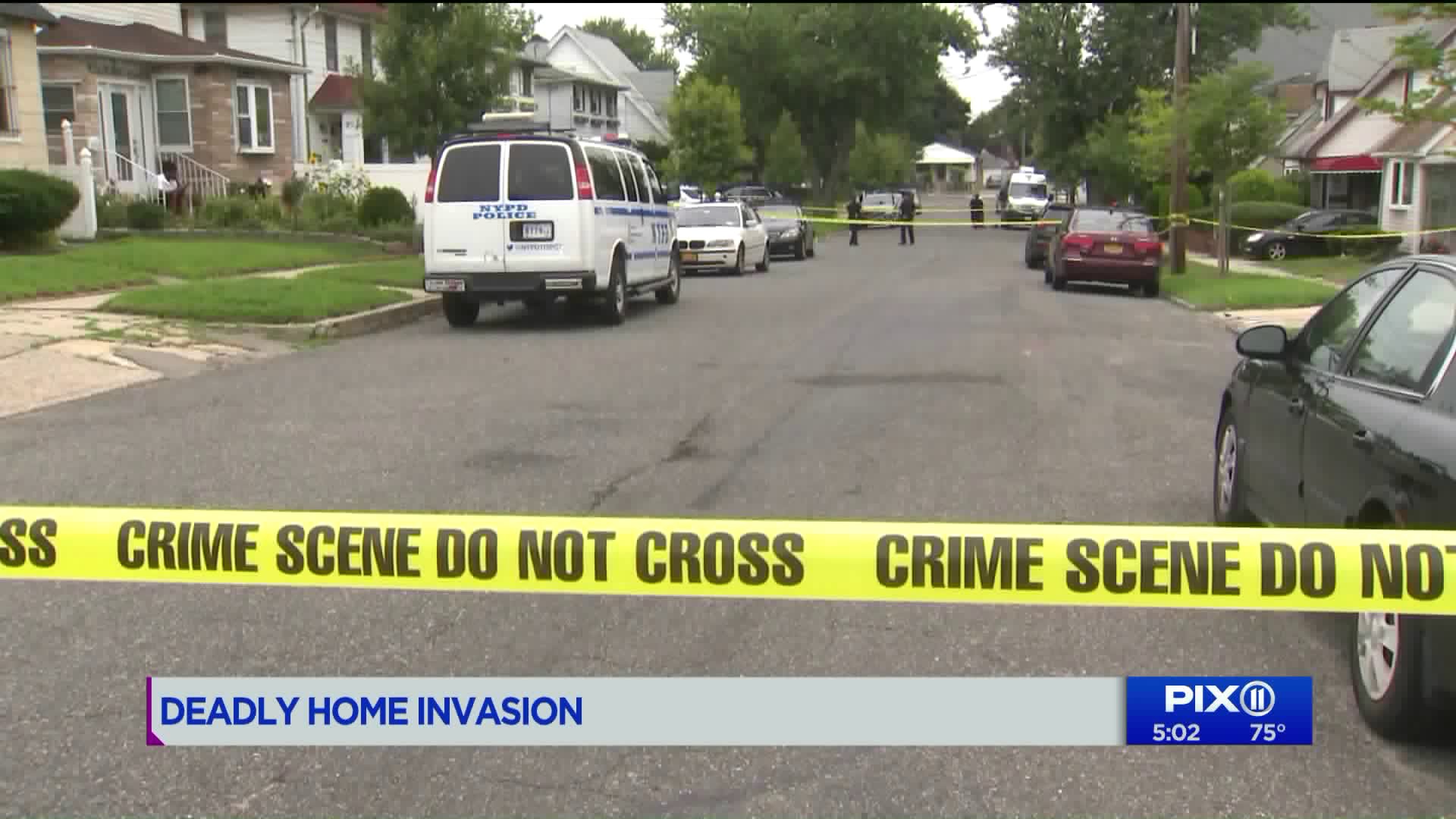 QUEENS — An alleged burglar died Monday after being stabbed and hit with a baseball bat when two brothers fought back to defend their Queens home, according to police sources.

A Queens homeowner talks to police after sources said her son killed an alleged burglar on July 30, 2018. (Anthony Dilorenzo/ PIX11)

An unarmed man, 26, knocked and rang the doorbell of a home on Williamson Avenue around 2:45 a.m., police sources said.

That's when one of the two brothers answered the door, and the man allegedly forced his way inside, according to sources.

The resident's brother then confronted the man and fought him, sources said.

The altercation spilled out into the street, and the man accused of breaking into the home was stabbed and hit with a baseball bat, according to sources.

Police confirm the alleged burglar suffered head trauma and a stab wound to the torso. He was taken to the hospital, where police said he was pronounced dead.

The incident was reported as a burglary in progress, police said. The family who lives at the home tells police they do not know the alleged burglar.

The brothers' mother and sister also live at the home. PIX11 cameras showed one of the two women being interviewed by police.

The brothers are ages 16 and 27 years old, police said. It is not clear what role each played in the incident.