Could man accused of murdering nurse be a serial killer? Detectives on both coasts investigate 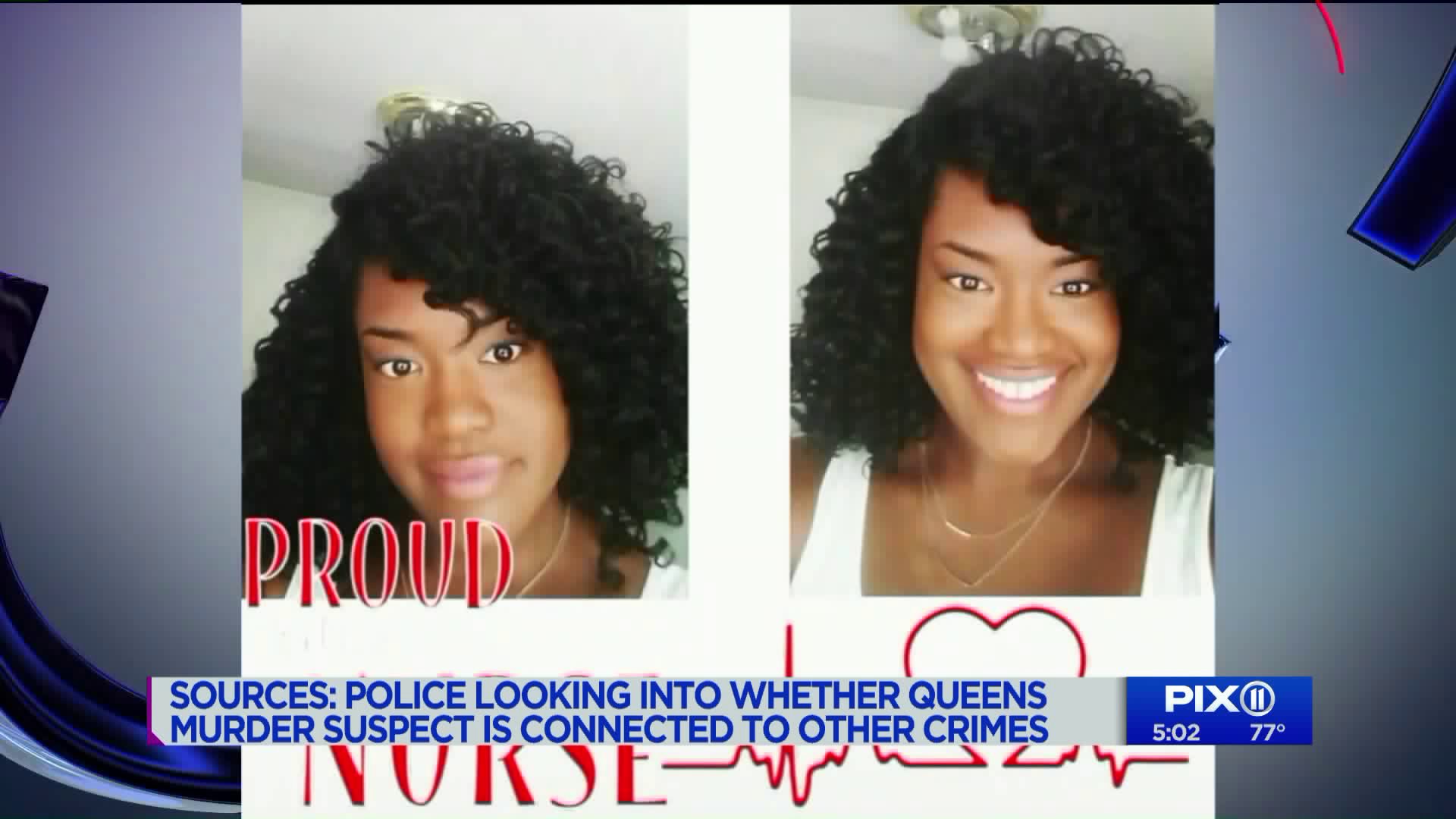 He's accused of murdering a well-loved nurse, and now, Danueal Drayton is suspected of carrying out other heinous acts -- including other homicides -- through similar methods. It's the direction that a criminal investigation of Drayton has taken, and one of its strongest supporters is Kenneth Stewart, the father of the murdered nurse, Samantha Stewart.

SPRINGFIELD GARDENS, Queens — A man accused of killing a well-loved nurse in Queens is suspected of carrying out other heinous acts -- including other homicides -- using similar methods.

Danueal Drayton, 27, is suspected of meeting Samantha Stewart, 29, via a dating website.

After a couple encounters with him, she may have spurned him, detectives said. That may have prompted him to torture and kill her, they theorize, at her home on 145th Road.

The killing, according to investigators and court records, happened while Drayton had been released on his own recognizance for criminal trespass and strangulation of his ex-girlfriend in Inwood, Long Island. In that case, prosecutors had sought to keep Drayton in jail on $7,500 bond. The judge chose to allow Drayton to go, pending trial.

Kenneth Stewart, the father of the slain nurse, said that was a fatal mistake.

"You can't let this guy walk out of jail scot-free, without a bond," Stewart said in front of the home in which the nurse and medical school student had been killed on July 17. "My daughter would be living today!"

After Samantha Stewart's killing, NYPD detectives used DNA evidence to link her homicide to an unsolved rape case in Park Slope, Brooklyn. The survivor of that sex crime also pointed to Drayton and the connection led investigators to track dow Drayton to Los Angeles.

There, they found him at a woman's apartment in the Van Nuys-North Hollywood section of the city. He'd allegedly tied her up against her will and beaten her, according to investigators.

The Los Angeles case had a key aspect in common with Samantha Stewart's case, detectives said. In both situations, Drayton met his victims on a dating website, and after he'd met them, he got very dangerous.

Danueal Drayton is accused of using dating websites to strangle a nurse in Queens and rape a woman in Brooklyn, police said in July 2018. (NYPD)

Drayton lives in New Haven, Conn. There, between 2011 and 2018, police records show, he racked up a rap sheet that included arrests for strangulation, unlawful restraint, violating an order of protection, and harassment. He served time in jail for some of the crimes.

Despite that, a judge in Nassau County earlier this month decided not to keep Drayton in jail on bail.

A spokesperson for the Nassau County courts released this statement:

"A Judge has broad discretion when determining whether to set bail. Many factors are to be considered,  including the views of other agencies involved within the process. In New York State, the purpose of bail is to ensure a defendant's return to court;  Mr. Drayton did not have a prior criminal record and had not been indicted.

"In this particular case, the Judge carefully considered the facts before her and made her determination based on all the current, relevant and factual information that was provided to the Court at that time. It would have been impossible for the Judge at that time to foresee the allegations that are presently unfolding and coming to light with regard to this defendant."

The slain nurse's father responded to the situation with disbelief.

"People suffered through the hands of this guy," he said.

He suspects the same thing that some detectives probing Drayton's past believe: that this is not the first time Drayton has used dating websites to meet victims who he may have harmed severely -- or fatally.

The investigation into Drayton’s past is ongoing. Detectives ask anyone with information to come forward. Stewart’s father is asking for the same.

"I'm looking for justice for all the people who lost" loved ones, he said.

He's now planning his daughter's funeral, which is scheduled for Sunday afternoon.