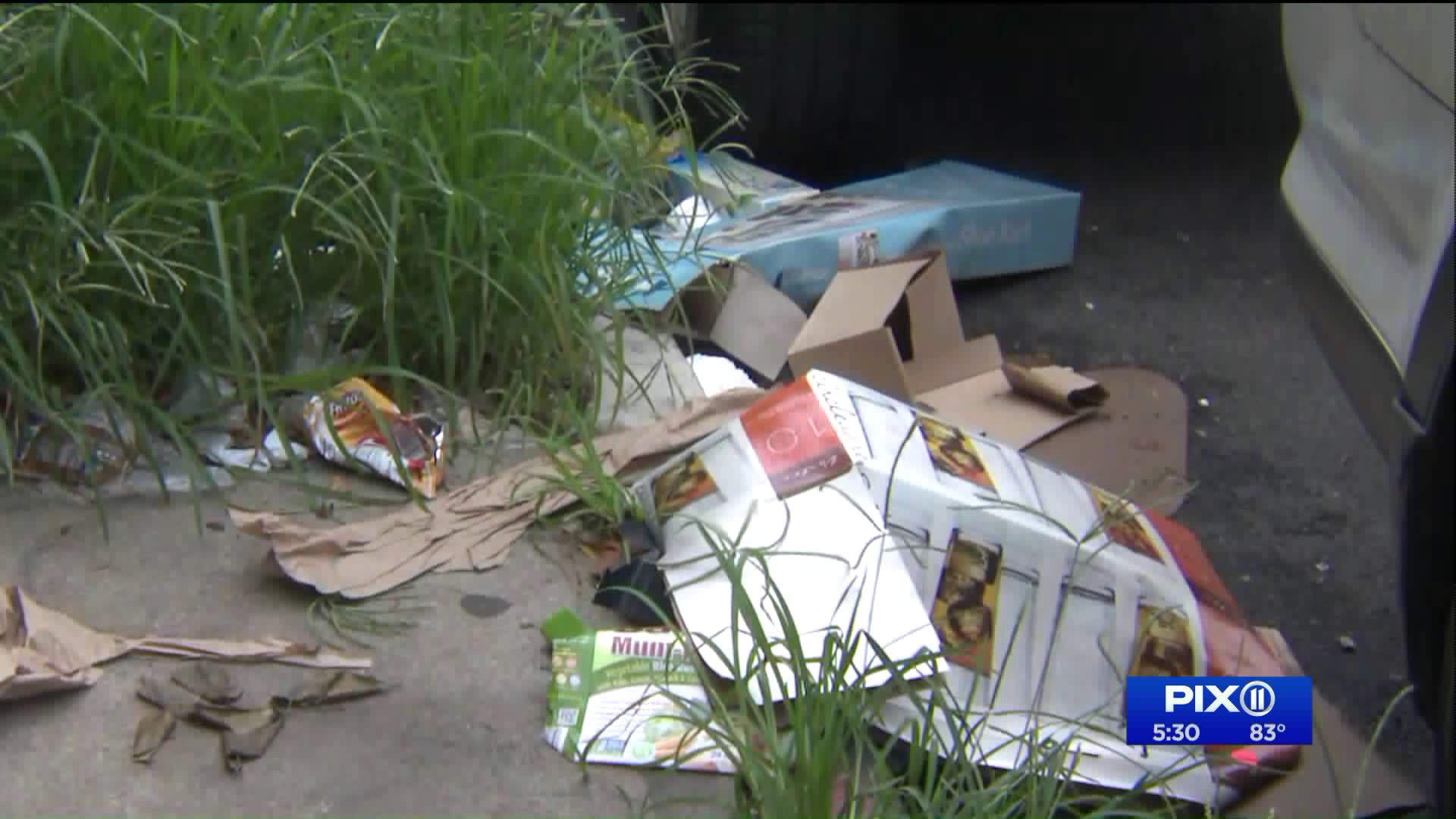 Residents plagued by litter in their neighborhood have a new tool to bust litter bugs. Investigators can now use identifying information on garbage to crack down. It`s a development that`s encouraging to business owners and those living along Third Avenue in Gowanus.

GOWANUS, Brooklyn — Residents plagued by litter in their neighborhood have a new tool to bust litter bugs.

Investigators can now use identifying information on garbage to crack down. It's a development that’s encouraging to business owners and those living along Third Avenue in Gowanus.

“I’ve seen a chair outside, a couch outside, definately lots of random trash,” said Chris Fox, who walks his dogs in the area every day.

Gowanus has come a long way in recent years, but is still being held back in some ways by its appearance.

Rick Lopez knows the problem all to well. He bet on Gowanus six years ago by opening up his Wine and Spirit shop in the neighborhood.

”I’m not exactly sure who’s doing it, but mounds of garbage are showing up in the middle of the night,” Lopez said.

But now investigators in New York City are allowed to use the information on the garbage like names, addresses and serial numbers to track down the responsible party. It is part of a series of measures enacted on a bipartisan basis by the City Council a few weeks ago. The measures also include higher fines for illegal dumping.

Fox had some concern about people getting ticketed for their garbage ending up on the sidewalk due to no fault of their own, but added that anything to increase accountability is not a bad thing.