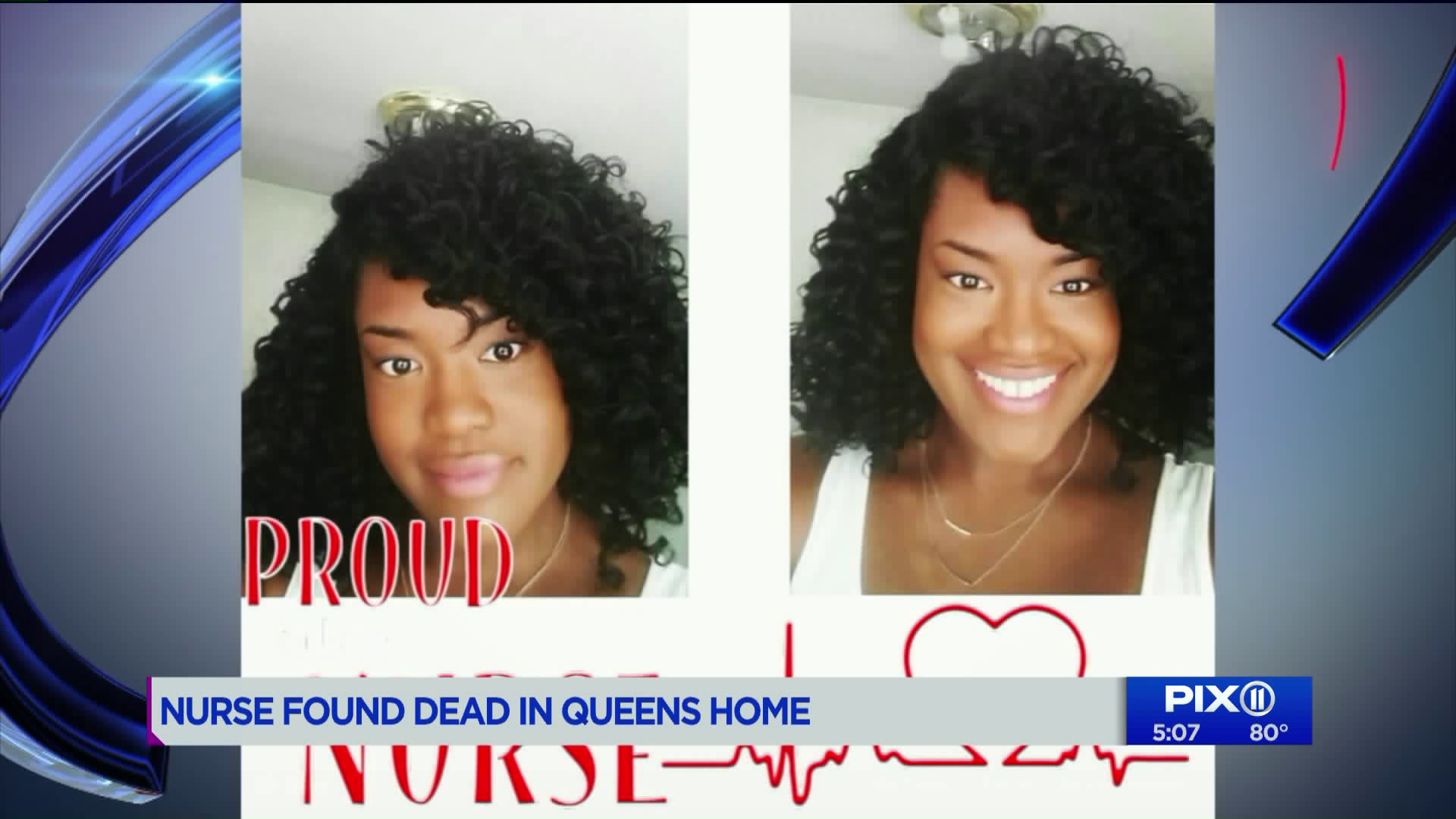 A nurse was found dead inside her bedroom at her family`s home in Queens, authorities said Wednesday.The victim has been identified as Samantha Stewart, 29. The city`s medical examiner said the cause of death was manual strangulation and it has been ruled a homicide.

SPRINGFIELD GARDENS, Queens — A nurse was found dead inside her bedroom at her family's home in Queens, authorities said Wednesday.

The victim has been identified as Samantha Stewart, 29. The city's medical examiner said the cause of death was manual strangulation and it has been ruled a homicide.

The victim's brother called police after he found his sister unconscious inside her an upstairs bedroom in the family's home near 167th Street and 145th Road in Springfield Garden, police said.

The gruesome discovery was made at about 9:10 p.m. Tuesday, after the victim did not show up for her night shift at the hospital where she worked.

When they arrived, authorities found Stewart unconscious and unresponsive with trauma to her neck and head. She was pronounced dead at the scene.

Stewart's father said he is "heartbroken and devastated." He said she was found wrapped up in a blanket in the corner of the bed.

Kenneth Stewart suspects that a man his daughter recently started dating may be to blame, but no arrests have been made and the investigation remains ongoing.