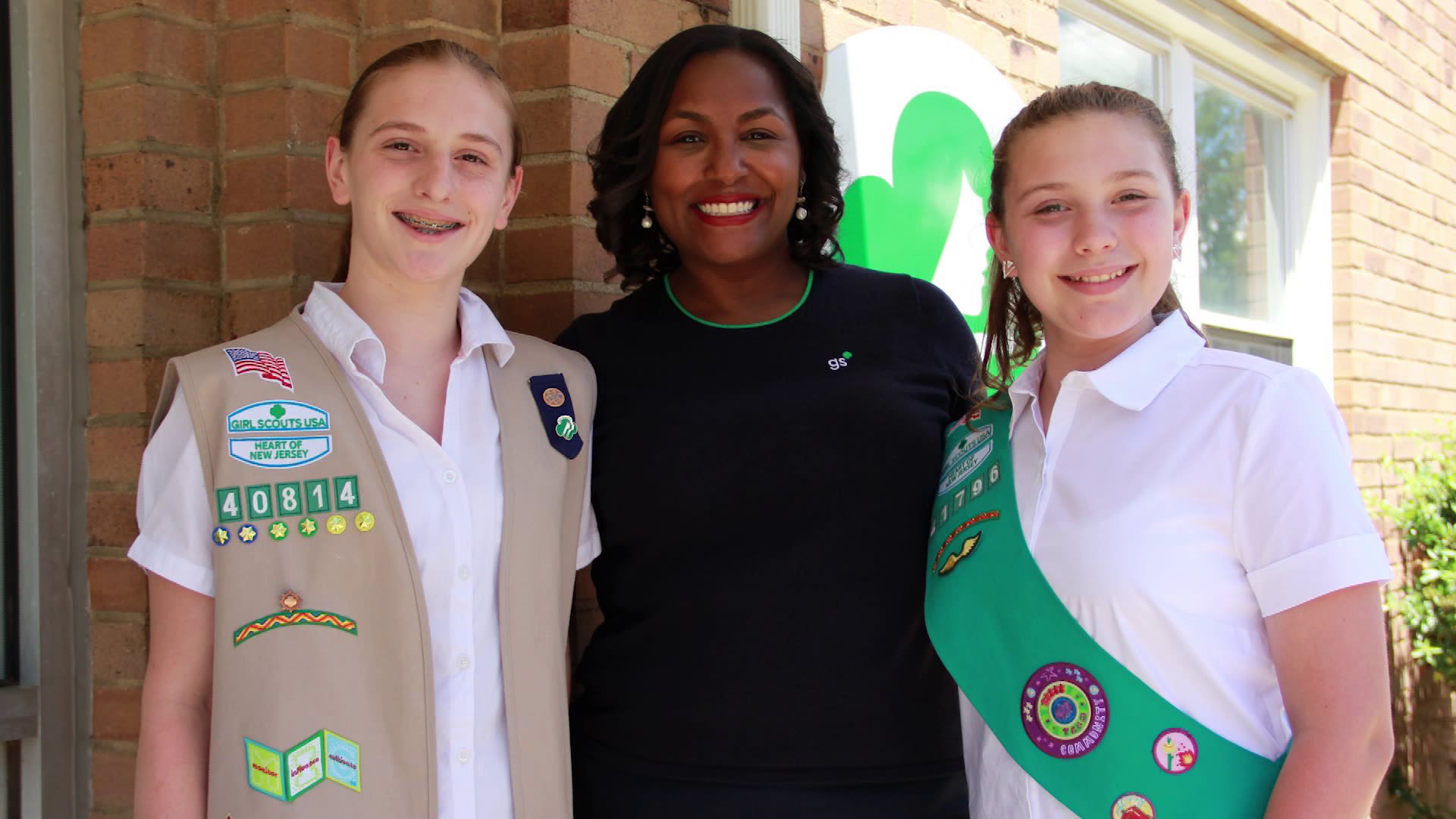 Westfield, N.J.—When it comes to female empowerment and the benefits of girl scouting, you  might not find a bigger advocate than Natasha Hemmings.

"I see the value of the program. I've seen it with my own daughters and with girls who are a part of the troop i led for 10 years," Hemmings said.

Her love for Girl Scouts didn’t start at an early age.

Having never been one as a child, she fell in love with the mission when she took a marketing job with the organization.

"The last 20 years of my life has been about telling girls' stories through Girl Scouting. It makes me feel like I'm doing something worth while." Hemmings explained.

So when the time came to find a new CEO, Hemmings, a mother herself,  was a top choice.

"When my girls heard the announcement, they had a sense of pride," Hemmings said.

She’s only been in her new position for three months, but has major plans she says she can’t wait to accomplish.

They include a program called Media G.I.R.L.z., which will allow scouts to tell their own stories.

She’s also bringing the organization into the 21st century with robotics and coding programs.

One of Hemmings’ biggest goals is to set up troops in untapped communities.

"We are trying to get into Newark, Elizabeth, Jersey City, and Irvington," Hemmings added.

"It's been pretty heart-tugging talking to the moms who are in prison. One of the mothers hasn't seen her daughter in 12 years. But if her daughter wants to be a Girl Scout and see her mom through this program, we will do everything to make this happen," Hemmings revealed.

Shaping girls from all walks of life with opportunities like the cookie selling program, to create women who will lead in the future.

"We need more girls to know that their ideas, big or small, are achievable and attainable," Hemmings said.