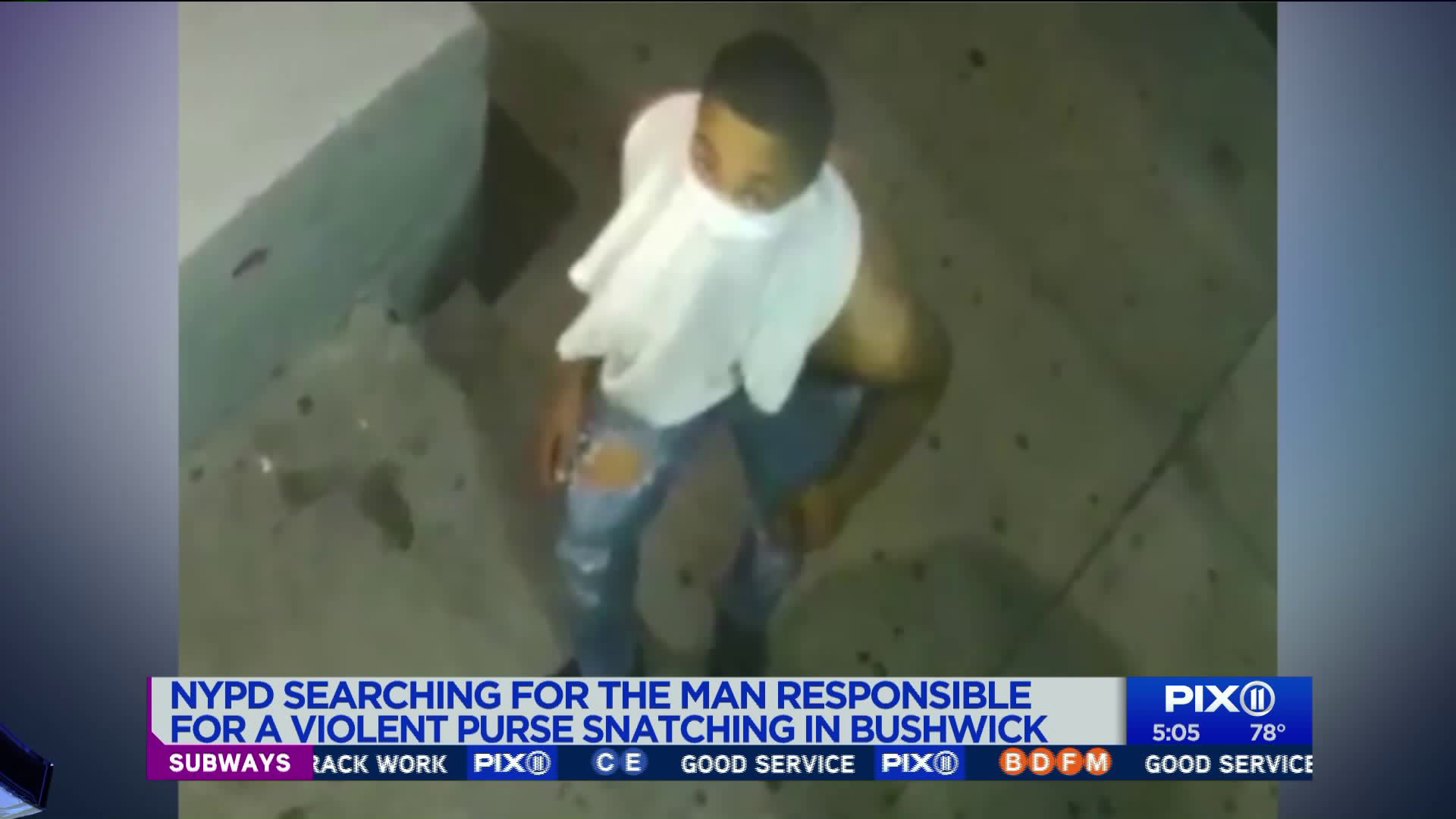 Police are searching for the man accused of snatching a woman`s purse as she was entering her Brooklyn apartment. 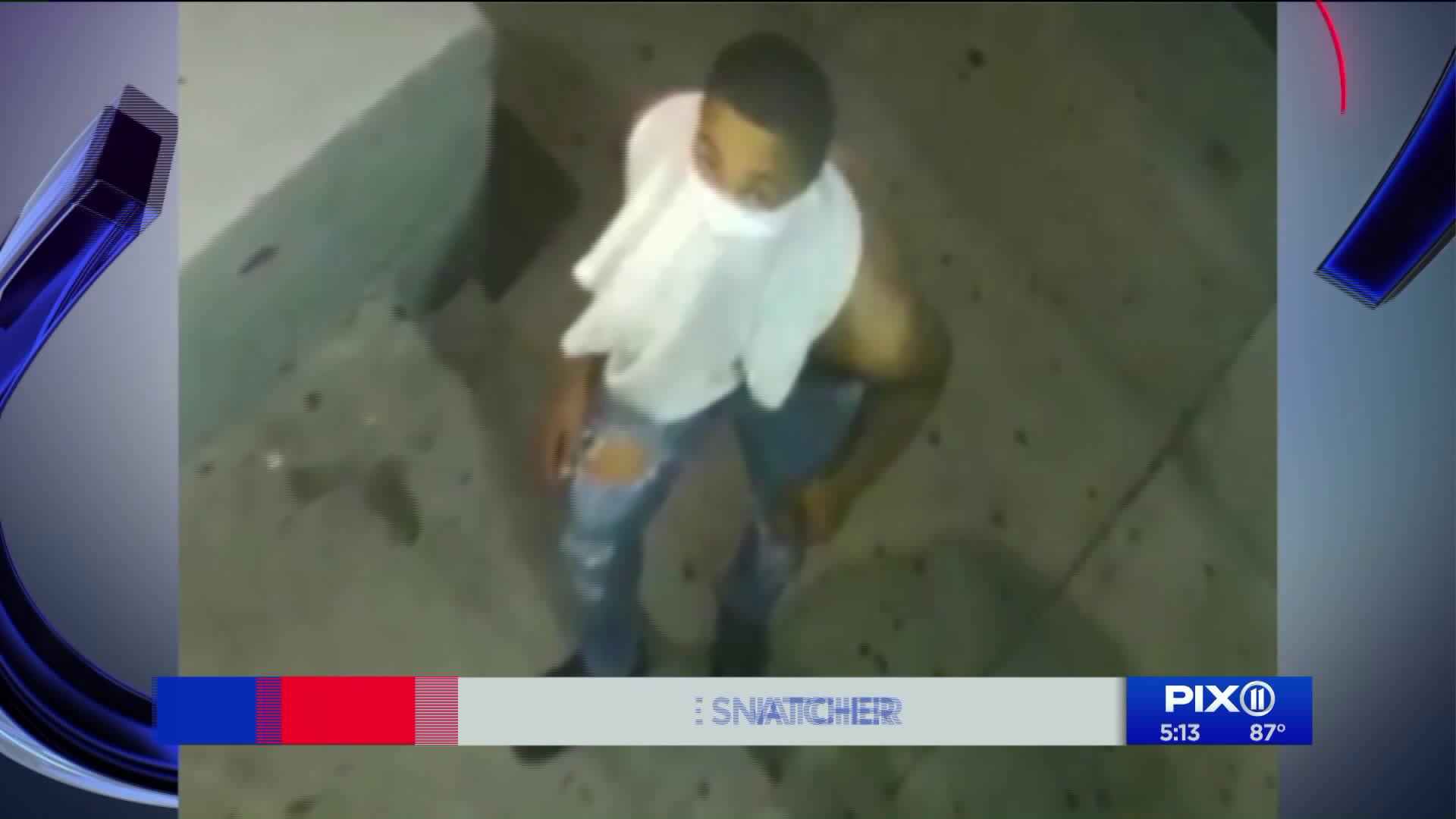 BUSHWICK, Brooklyn — Authorities are searching for the man accused of violently snatching a woman’s purse outside her building in Brooklyn.

It happened on July 4 at about 3:35 a.m. as a woman attempted to enter her building along Cook Street and Graham Avenue in Bushwick.

A man followed her to the front door and waited until she gained entry, police said.

Once the victim got the door open, the man grabbed her purse and pulled her off the stoop, according to authorities.

The woman fell over and hit her face against a parked vehicle, said cops.

The man fled west with the victim’s purse, which contained $200 in cash, the victim’s cell phone and five credit cards, said police.

She suffered pain and bruising to her face and chin and was taken to the hospital for treatment.