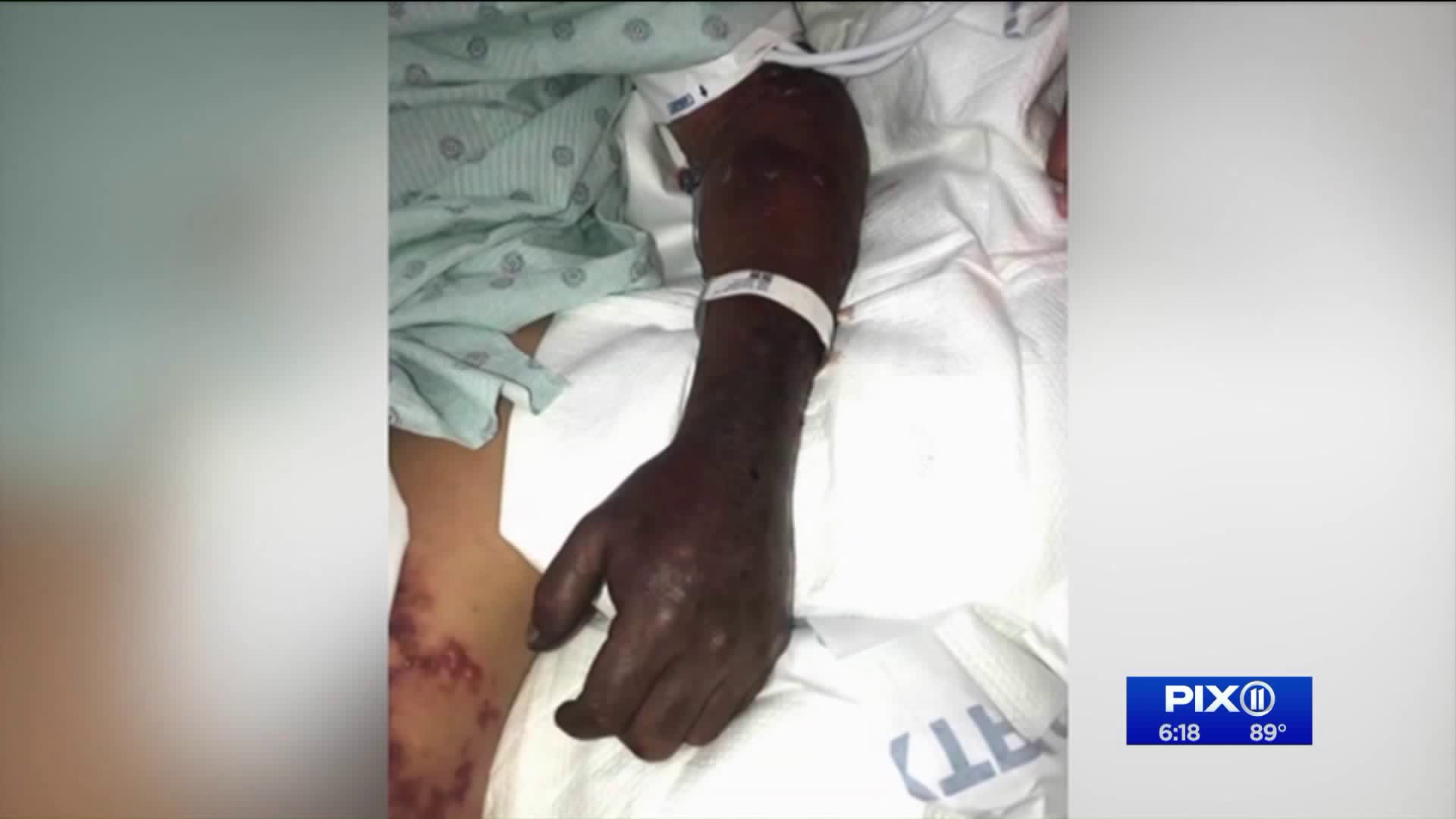 Angel Perez, 60, went crabbing on July 2 in the Maurice River. The next day, he noticed swelling and scratches on his leg.

CAMDEN, N.J. — A father contracted a flesh-eating bacteria while he was crabbing on a New Jersey river, his family said.

Angel Perez, 60, went crabbing on July 2 in the Maurice River. The next day, he noticed swelling and scratches on his leg.

After a quick visit to urgent care and some antibiotics, the swelling and pain only grew.

His fingers and toes began turning dark brown or black, sores or blisters appeared on all his limbs. When he started hallucinating, his wife called an ambulance.

He was in the ICU at Cooper University Hospital on Monday. Doctors said an amputation to stop the infection from spreading to his vital organs is a possibility.

His family is by his side, hoping for the best.

She said her father's swelling was so severe, his limbs didn't look real.

"It was swelling so much, it looked like a prosthetic," Perez-Dilan said.

The bacteria that Perez contracted is called Vibrio necrotizing fasciitis. It's typically contracted after wading through saltwater or eating raw shellfish.

The Centers for Disease Control and Prevention (CDC) estimate there are about 80,000 Vibrio cases each year in the United States, and about 100 of them prove deadly.

"Take precaution," Perez-Dilan said. "This is not something that is just made up."

Perez has Parkinson's disease, which could put him at greater risk for this type of an infection. Open cuts and wounds is another way for the bacteria to enter the body.