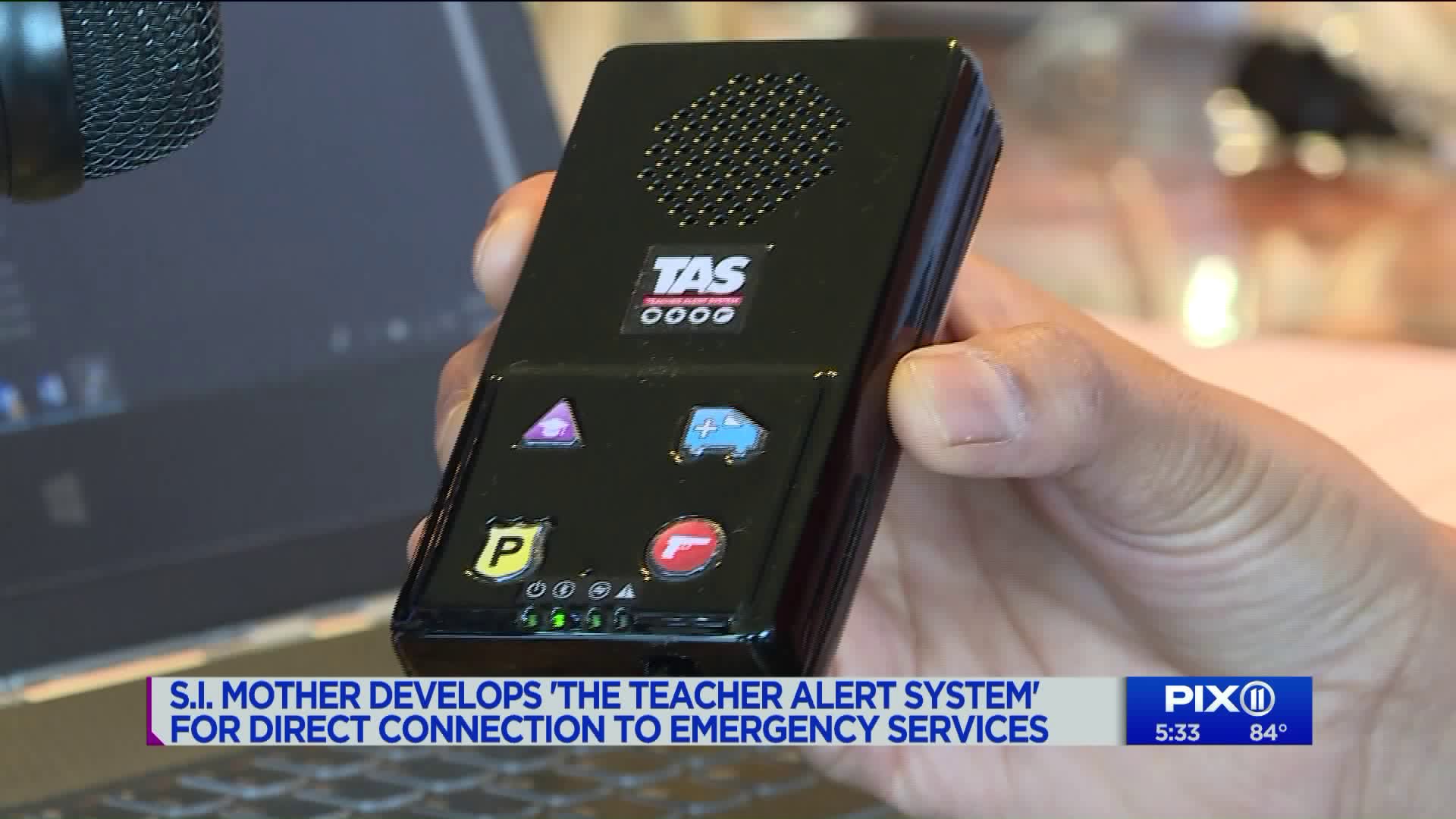 The Staten Island entrepreneur recruited the help of moms Traci Cangiano and Pat Carrasco to develop and patent the Teacher Alert System (TAS) https://teacheralertsystem.com/ a wireless remote which gives any teacher a direct connection to emergency services with the touch of a button.

STATEN ISLAND — Laura Gasparis Vonfrolio called to mind the time her niece, an elementary school teacher, called her in a panic.

“I have one child who is having a meltdown,” Vonfrolio said her niece told her. “He's on the floor he won't get up.”

It was a situation that unraveled inside the classroom, which was eventually diffused. It, however, got the wheels in Vonfrolio's head turning.

“Later that night I called her and asked her what if he had a seizure and she said ‘I don't know what I would've done.’”

“Well that's when I came up with the idea of Teacher Alert System.”

The Staten Island entrepreneur recruited the help of moms Traci Cangiano and Pat Carrasco to develop and patent the Teacher Alert System (TAS) https://teacheralertsystem.com/ — a wireless remote which gives any teacher a direct connection to emergency services with the touch of a button.

“Whether it be ambulance, police department, principal – it’s all for an emergency,” she explained.

As an unfortunate sign of the times, an “active shooter” button is also an option.

Activating it would immediately notify authorities, as well as every classroom of the situation, sending the entire school into lockdown mode.

The device - which will cost a little under $200 – has a variety of connectivity options including Bluetooth, cellular and satellite.

“That's our main objective, like no matter where you are you always have that comfort to contact during emergency situations,” Nisha Sawhney, a content developer who helped launch TAS, told PIX11.

With just a prototype and a patent secured, the response from teachers according to Vonfrolio, has been tremendous.

“In one day, I received 32 phone calls from teachers and they all said, ‘oh my God, this is what we need!’”

The goal right now for the three moms is to get TAS in every school across the country.

The group is just trying to figure out what direction to go in -- whether to sell the idea to a security company or launch it themselves.

For more information on TAS – check out their website, https://teacheralertsystem.com/