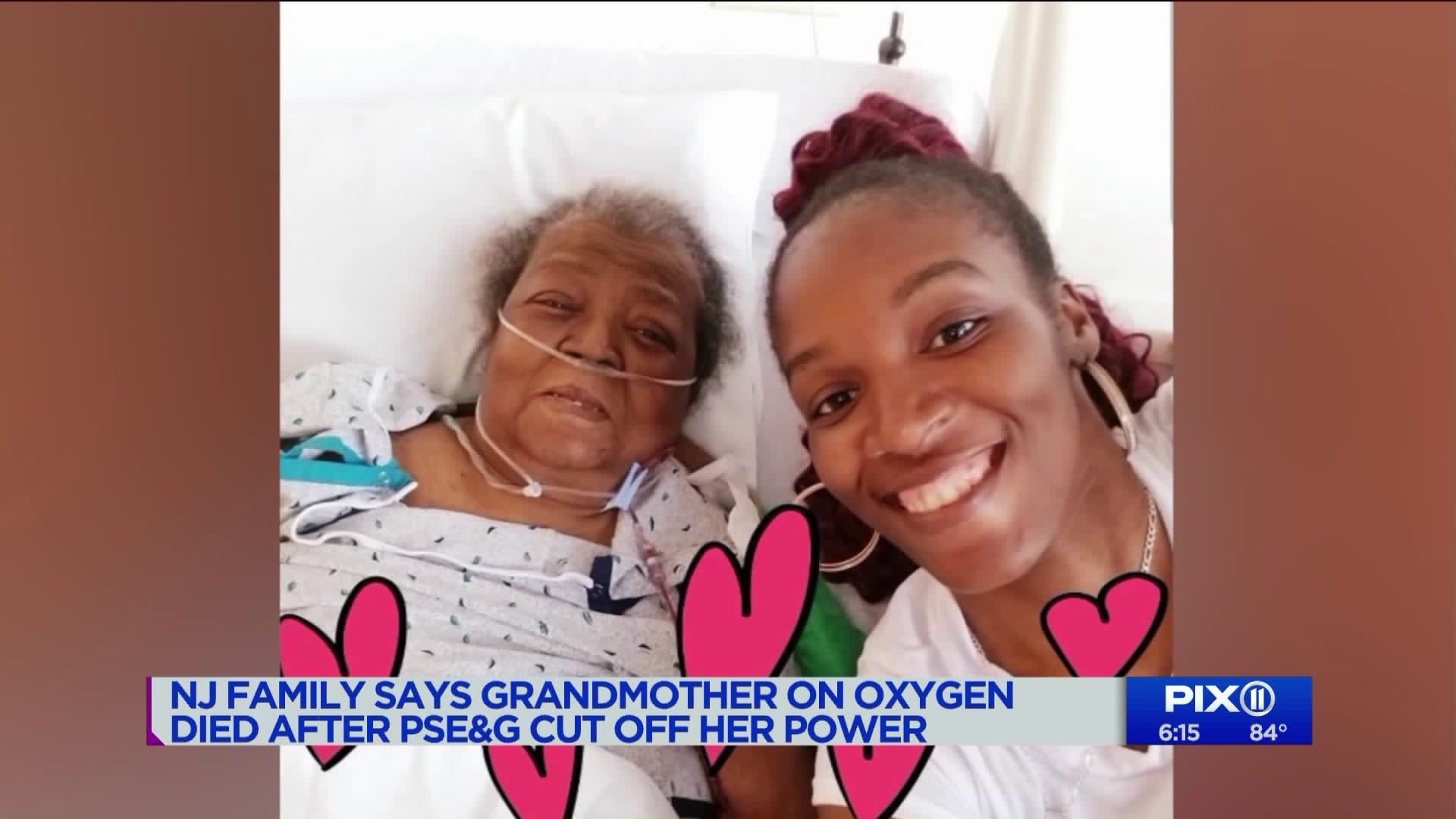 New Jersey grandmother has died after the electricity company cut power to her house, despite her paying $500 to her account only days before. PSE&G said they cut off power because of a lack of payments over several months.

NEWARK, N.J. — A New Jersey grandmother has died after the electricity company cut power to her house, despite her paying $500 to her account only days before.

Desiree Washington says her 68-year-old mother Linda Daniels relied on an electric-powered oxygen tank to breathe, and she died of heart failure on July 5, hours after Public Service Enterprise Group (PSE&G) turned off the electricity at her Newark home.

Washington said the temperature in her mother's Shephard Avenue home likely rose to well over 100 degrees the day the power was turned off and it aggravated her mother's heart condition.

Washington said $500 was paid to the company two days before, and her family had notified the company of her mother's medical issues.

PSE&G said they cut off power because of a lack of payments over several months.

The company said they were unaware of Daniels' medical needs, and they are reviewing their records.

Her family said Daniels is locally famous for her secret pecan cake recipe and her passion for serving others and the community.

A memorial fund has been set up to help Daniels' family with funeral expenses.

In a statement to PIX11 News, PSE&G said:

"Everyone at PSE&G is saddened by this terrible tragedy and we extend our sincere condolences to the family.

"While there will be a complete investigation of this matter, our records indicate that this account was severely in arrears and we made at least 15 attempts to notify the customer since January, 2018, including two visits to the residence prior to the disconnection.

"We have reviewed our records dating back to 2016 and there is no indication by the customer of a medical condition in the home prior to disconnection.

"When notified of a medical situation, PSE&G carefully follows all procedures and regulations to ensure the safety of the customer. We never would have disconnected service had we been informed of the circumstances.

"When we were contacted after service had been disconnected and were notified that the customer had medical issues, we began the process to restore service.

"We are carefully reviewing everything that happened around this terrible incident. In the meantime, we urge customers who are having trouble paying their bills, and especially those with a medical condition, to contact PSE&G right away."