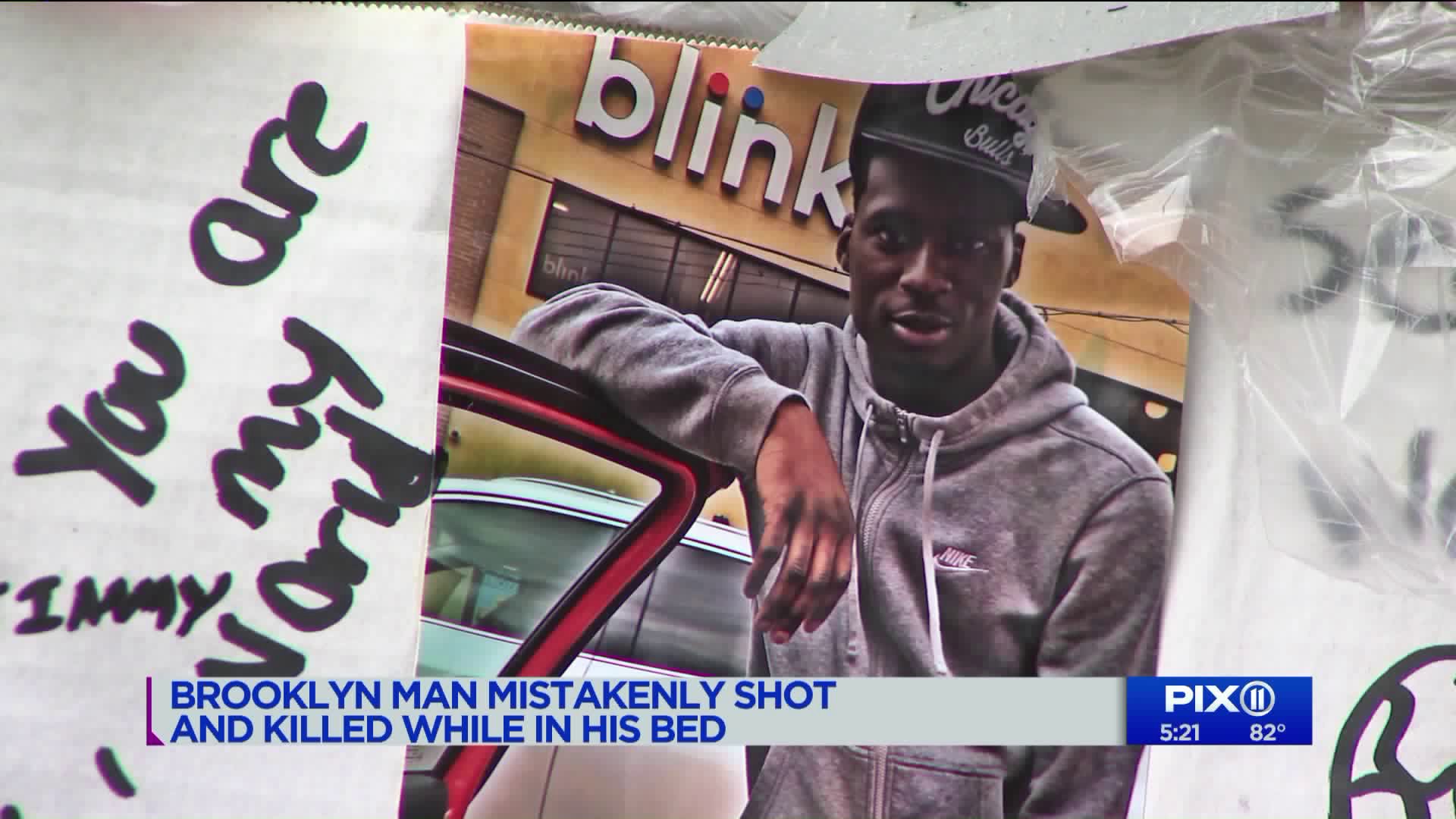 The men shown allegedly shot Genesis Wilson in the head around 11 p.m. inside a Paerdegat 6th Street home on May 25, an NYPD spokesperson said. Wilson was rushed to a local hospital and died on May 26.

CANARSIE, Brooklyn — A teenager spending the night at a friend's house was shot and killed by alleged gang members in an apparent case of mistaken identity, sources said.

“I’m never going to see my son again,” said Paula Aumack, with a picture of her son on her T-shirt and while fighting back tears.

She sat feet from a mini memorial to her 18-year-old son Genesis Wilson outside the apartment where he lived.

“It doesn’t even matter why," Aumack said. “I don’t care about the why. I just want to know who do you think that you are?"

Wilson was a big gaming enthusiast and went by the nickname Sega. That is what the 18-year-old was doing in late May inside a friend’s house in Canarsie.

Police sources said three gang members seen in surveillance video snuck into the backyard looking for a different person known to hang out there.

Wilson had decided to spend the night and was crashing on a bed by a back window.

Police said in a case of mistaken identity, the gang members fired through the window, killing Wilson as he lay in bed.

The case has drawn comparisons to the slaying of Lesandro "Junior" Guzman Feliz in the Bronx. In that instance, a 15-year-old was allegedly mistaken for a rival gang member, chased into a bodega then dragged outside and hacked to death by a group of men accused of being Trinitarios gang members.