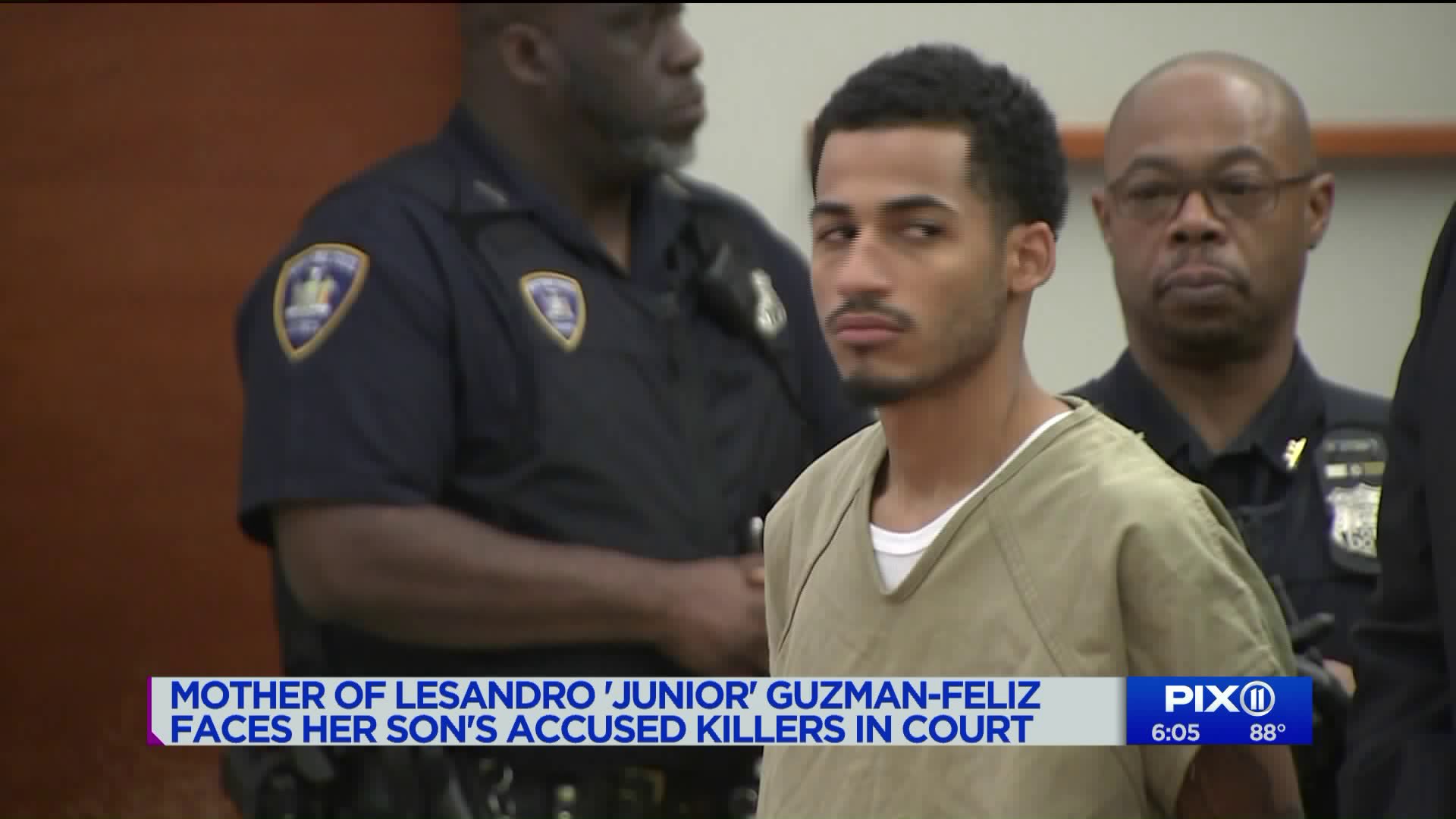 Five of the eight people arrested and charged with killing Lesandro "Junior" Guzman-Feliz were in court Monday. The teen`s mom was also there.

THE BRONX — Five suspects  facing charges in the murder of 15 year old Lesandro "Junior" Guzman-Feliz were in court Monday.

Antonio Hernandez-Santiago, Manuel Rivera, Danel Fernandez, Jonaiki Martinez-Estrella and Jose Muniz were all asked by a judge if they would testify before the grand jury in the case. All five defendants told the court they would not testify. They are due back in court on July 16.

Jose Tavarez and Elvin Garcia waived their court appearances. Kevin J. Alvarez was not due back in court.

The family of Manuel Rivera went to court to offer their support. They declined a PIX11 request for comment.

They sat one row behind ​Guzman-Feliz's parents  in the courtroom.

All of the men are alleged members of the Trinitarios gang.

Twenty armed guards were in the courtroom as the alleged Trinitarios members appeared in court.