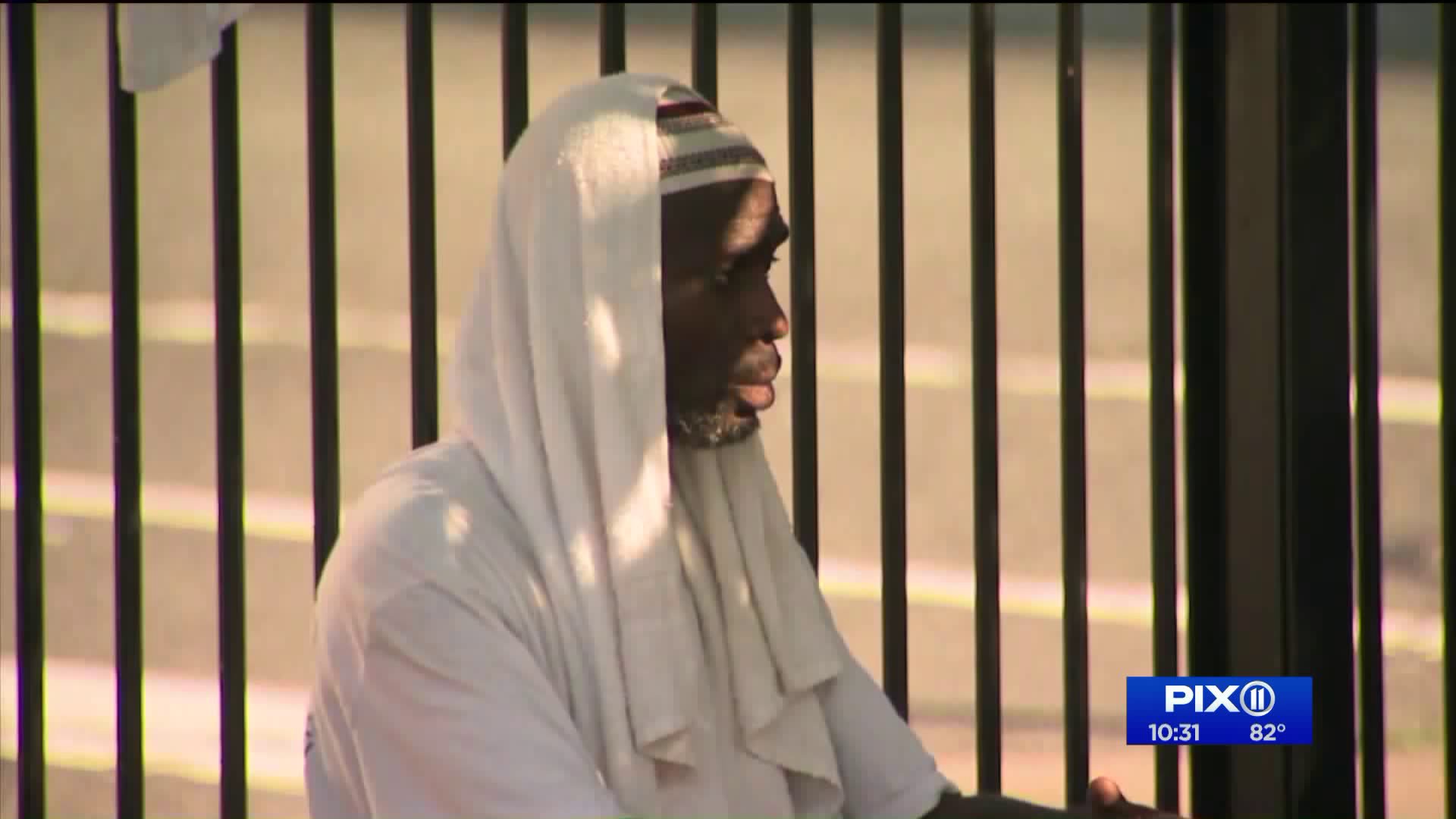 Many of the displaced residents of the 224 Sussex Avenue shelter then spent the day in the park across the street in sweltering, near 100-degree heat, wondering what to do next.

NEWARK — More than 180 residents of a Newark homeless shelter woke up to the news Monday morning that they were being put out on the street.

Both men and women, once living at the shelter at 224 Sussex Ave., were seen with their personal belongings out on the sidewalk, once again raising the question, what is Newark doing for its homeless population?

Many of the displaced residents of the shelter then spent the day in the park across the street  in sweltering, near 100-degree heat, wondering what to do next.

“I have high blood pressure, I’m 61 years old," Newark homeless resident Sheila Jacobs said. "I shouldn’t even be out here in this heat – period."

Newark officials say they’ve filed a request for $2.5 million worth of additional funding for housing and are currently looking for additional resources to house the homeless.

But the members of the community who brought water and food, could not offer any concrete answers for these homeless men and women about where they will go from here — this week — or this summer.

“If there’s no money left to run the shelter – ya know, just like you got questions, you wanna know, where’s the money?” homeless resident Tony Ragland said.

About an hour after PIX11's arrival, a steady stream of elected and appointed officials began showing up, including State Senator Ron Rice, a newly elected City Council member, and Dr. Mark Wade, the department head who oversees Newark’s homeless response.

Dr. Wade recently sat down with PIX11 for a 25 minute interview, in which he explained that the city simply did not have the funds to keep the shelter open.

But Dr. Wade did not want to answer ANY questions on this sweltering evening.

PIX11 asked Dr. Wade, “if the city was willing to keep a shelter open during extreme cold, Dr. Wade, why shut it down when it’s 90+ degrees now?”