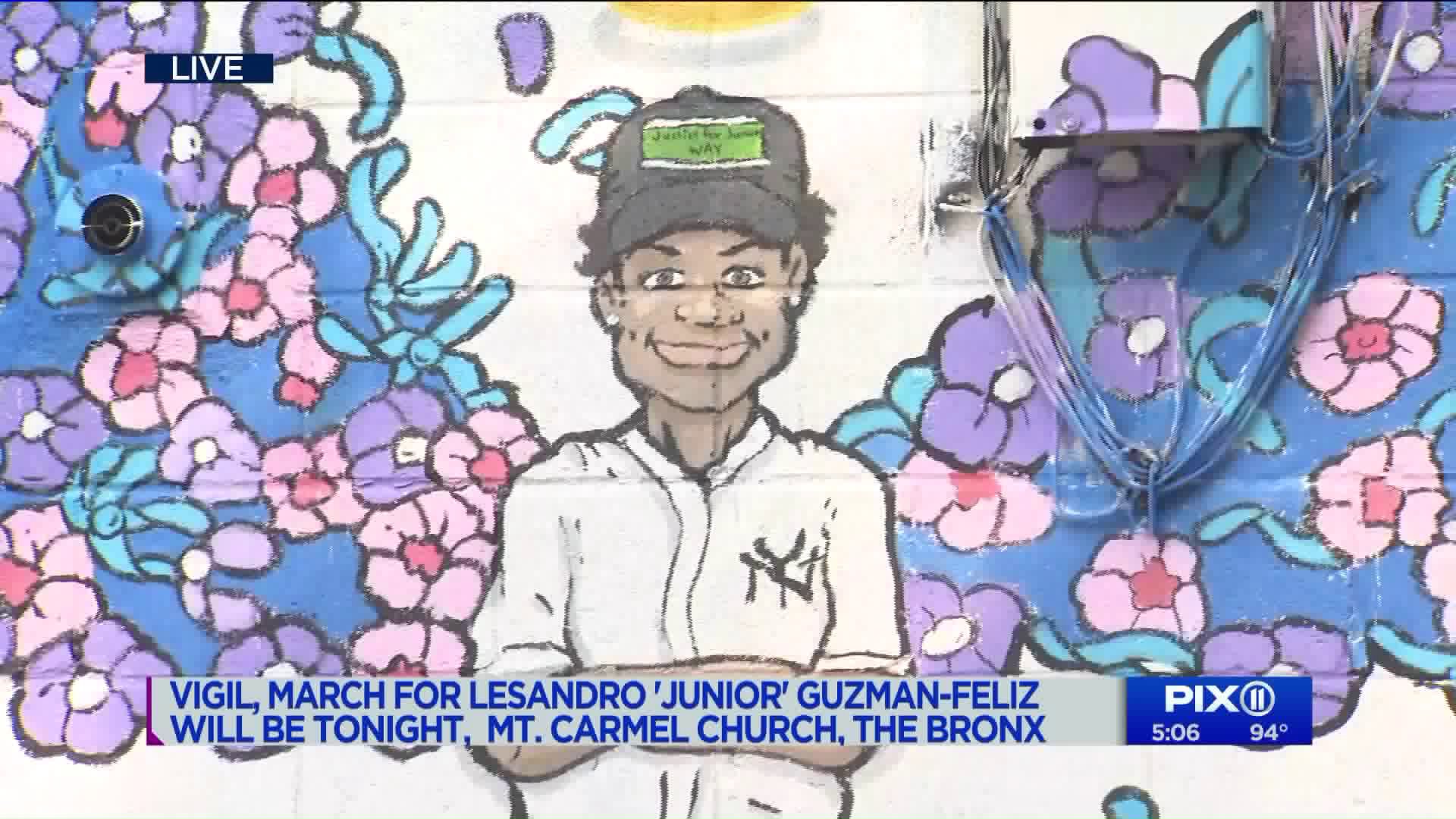 Family, friends and members of the Bronx community will honor Lesandro "Junior" Guzman-Feliz in a vigil, march and unveiling of a mural Sunday evening. The teen was killed on June 20 by reputed members of the Trinitarios gang. 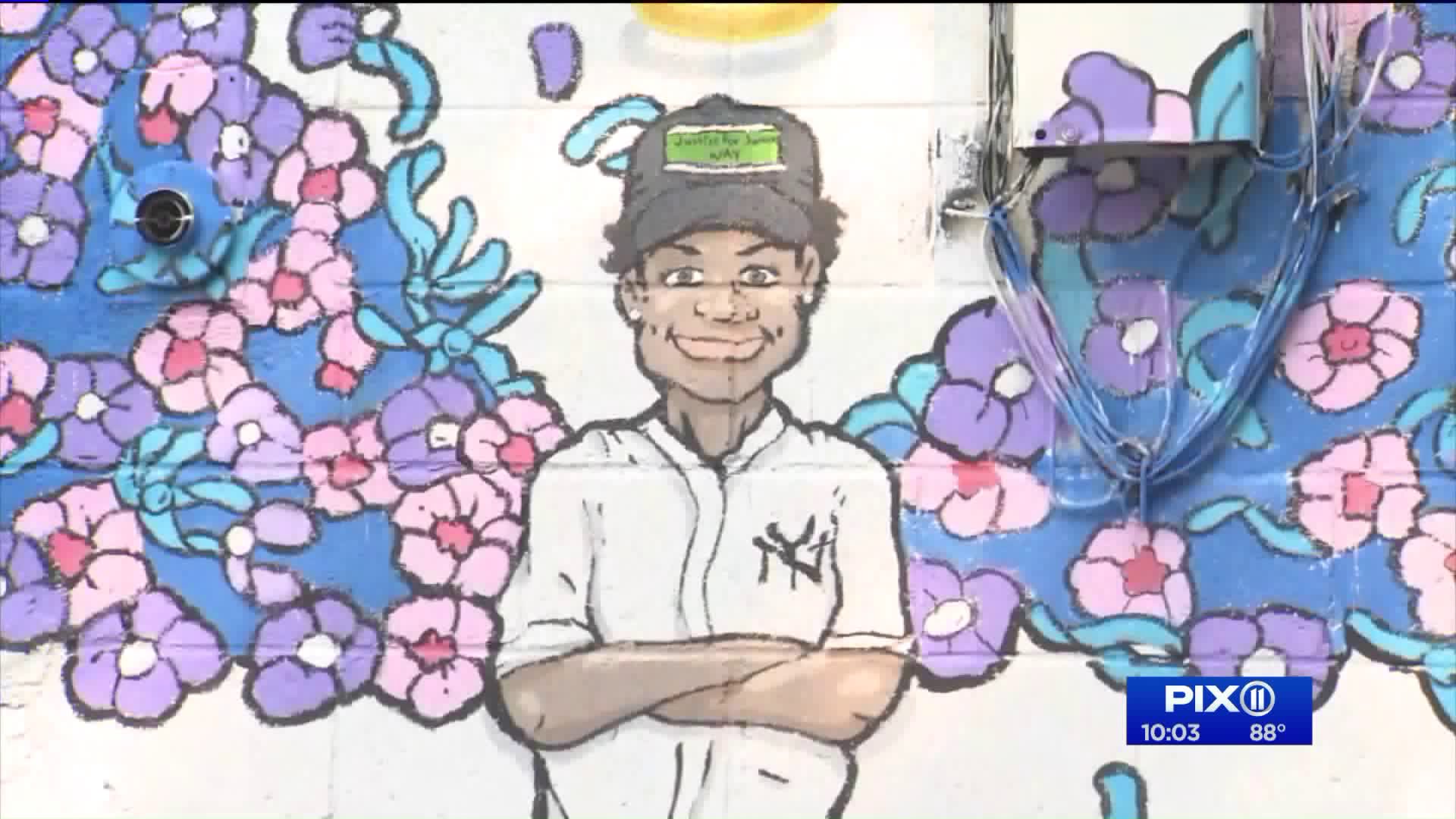 BELMONT, the Bronx — Family, friends and members of the Bronx community will honor Lesandro “Junior” Guzman-Feliz in a vigil, march and unveiling of a mural Sunday evening.

Following the vigil around 7 p.m., people will march from the bodega on East 183rd Street and Bathgate Avenue to the site of one of the murals created to honor the teen.

At 8 p.m., the mural is expected to be unveiled.

“Stand With Junior” is a call to action, according to artist Chris Pyrate, who started the mural Thursday night.

Pyrate, a traveling muralist, said he was asked by community members to create something honoring Guzman-Feliz.

"In many cities, there’s wing murals that people take a picture of, so what I wanted to do was recreate that, but give you a chance … to take a picture with that and stand with him. It's the literal version of 'Stand With Junior,'" Pyrate said.

Lesandro “Junior” Guzman-Feliz was killed on June 20 by reputed members of the Trinitarios gang in an apparent case of mistaken identity.

He was dragged out of the bodega and set upon by a gang of men who hacked at him as he struggled to defend himself. He was slashed in the neck.

Video shows the 15-year-old staggering back into the bodega, pleading for help. He collapsed in the street outside the hospital.

The killing sparked widespread community outrage over gang violence and the lack of help given to the dying boy, who was part of the NYPD Explorers Program and had dreams of becoming a detective.

Eight men, all suspected members of the Trinitarios gang, have been arrested in connection to Guzman-Feliz’s death, and investigators say the boy was killed in an apparent case of mistaken identity.

The NYPD also acknowledged the department is investigating whether or not responding officers did enough help Guzman-Feliz as he lay dying on the sidewalk.