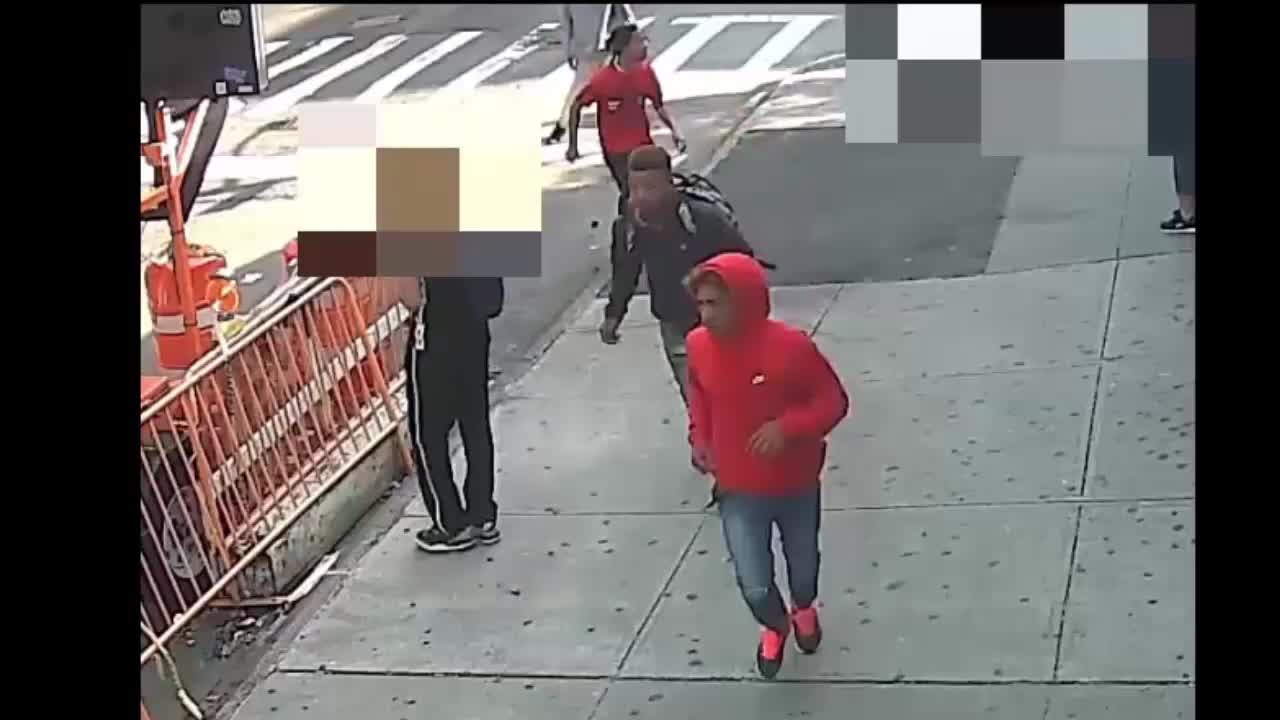 FORDHAM MANOR, the Bronx — Authorities are looking for the group of teens who allegedly attacked a 17-year-old boy in the Bronx earlier this month.

Police are searching for the group of teens who attacked a teen, 17, in the Bronx . (DCPI)

It happened on June 8 at around 8:30 a.m. as the victim was in the area of East 196th Street and Jerome Avenue in Fordham Manor.

The teen was approached by a group of males who proceeded to cut him in the head with a knife and punch him throughout the body, said police.

He was taken to the hospital where he received treatment for a laceration on his head.

The individuals sought are described to be male between 14 to 18 years old.