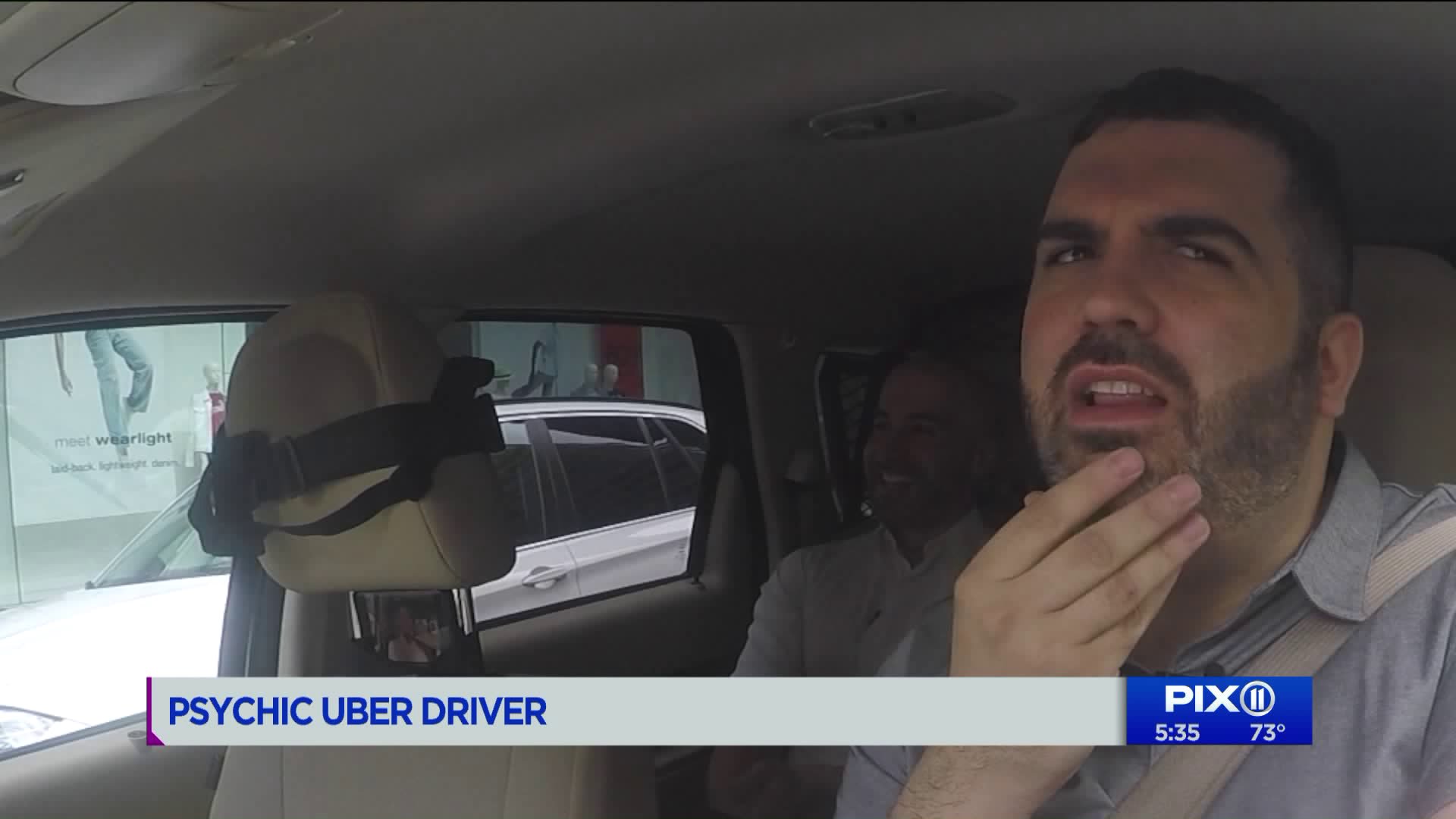 Thomas John has made a career blowing minds with his gift for communicating with those who have passed. Now he`s taking his show on the road literally as a driver on a ride-sharing app.

NEW YORK – Thomas John has made a career blowing minds with his gift for communicating with those who have passed.

Honing in on his unique skill at an early age, the celebrity medium has become the go-to psychic with a track record that has even stunned skeptics. Now he’s taking his show on the road – literally.

“This was really a way to connect with people in an unexpected way or a way where maybe these were people who wouldn’t seek out a psychic reading,” John told PIX11.

On “Seatbelt Psychic,” which premieres next month on Lifetime, passengers use a ride-sharing app to hitch a ride with John. Then it takes a turn for the unexpected.

“I do think that there probably is, maybe initially, more resistance when it comes to New Yorkers,” John said, comparing the reception he gets in the Big Apple to other parts of the country. “Maybe [it’s because] it takes a little bit more to impress them.”