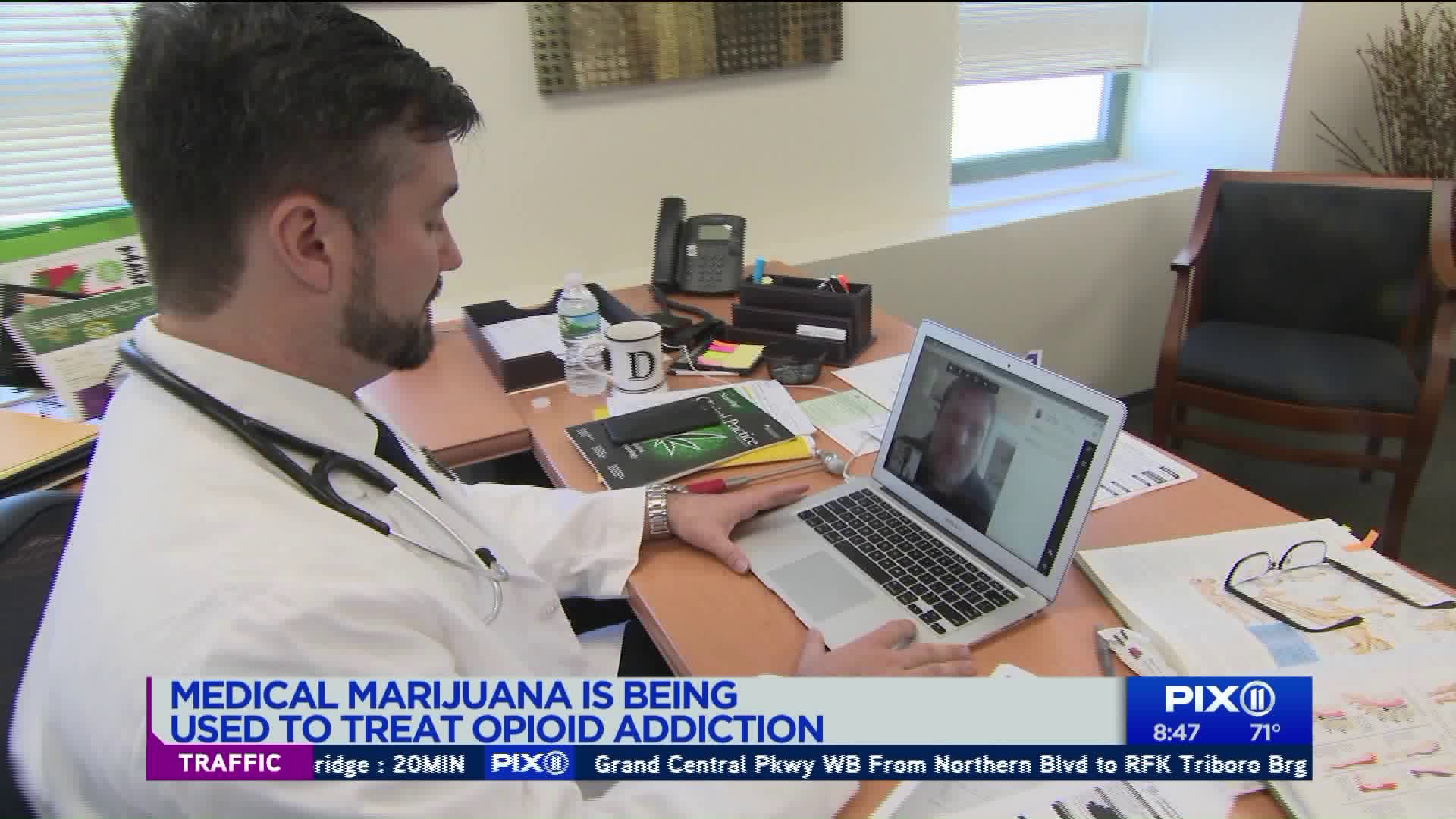 In states where medical marijuana is legal, a 25 percent reduction in the number of deaths due to opioid overdoses has been noted and health department officials and doctors say it`s because of cannabis -- this, as New York moves closer to making marijuana legal for recreational adult use.

NEW YORK — In states where medical marijuana is legal, a 25 percent reduction in the number of deaths due to opioid overdoses has been noted and health department officials and doctors say it's because of cannabis -- this, as New York moves closer to making marijuana legal for recreational adult use.

The benefits of medical marijuana long have been lauded for patients with conditions like seizures, cancer, Parkinson's disease and multiple sclerosis. And now, the scourge of addictive and deadly opiate use has been found to be decreased by cannabis.

Camille Petrillo is passionate about two things: working her yoga practice and the medicine that let her return to it.

She spent more than a decade nearly paralyzed by pain, with her spine partially fused and a total of four hip replacement operations.

"I suffer incredible pain, chronic pain. I did opiates, pain management," Petrillo said. "I dwindled down to 80 pounds."

She said 10 different prescriptions still didn't help with her pain and loss of sleep. Then she tried marijuana.

"Medical marijuana changed my life. It’s a miracle for me,” Petrillo said.

So much so, that she's ditched the pill and now vapes cannabis instead.

Chronic pain, PTSD and opiate usage are the latest ailments that New York State has approved for treatment with cannabis. Nearly 60,000 patients are using it, with 1,700 doctors writing prescriptions.

Dr. Daniel O'Connell, with Vireo Health, is one of them. He's working in new way with virtual visits, handing out prescriptions for medical marijuana to patients who never come to his office.

Cpl. Todd Rogers, a Marine who found in Fallujah, found himself fighting battles once he came home.

"The chronic pain, headaches and PTSD," he shared with his doctor during a video call.

Rogers is a typical telemedicine patient for O'Connell. Uploading his medical file electronically, the doctor sets up a secure video conference then mails off the card for him to fill his prescription.

"Medical marijuana is a safer alternative to opioids in order to help combat this very serious crisis," O'Connell said.

The department recently released that medical marijuana cuts the amount of opiates needed for pain and saves lives. States with medical marijuana programs are seeing 25 percent fewer deaths due to opioid overdose.

Patients like Rogers can go to any of the 10 dispensaries in New York to fill his cannabis prescription. Choosing from pens, drops or gels, it's a booming business.

One dispensary, Med Men, with its splashy 10,000-square-foot space on tony Fifth Avenue in well positioned for when and if recreational pot becomes legal.

BJ Caretta gave PIX11 News a tour of the dispensary.

"A record number of Americans now support legalizing marijuana, and every time a poll—a new poll comes out, it shows the numbers are higher and higher," he said.

Dr. Junela Chin has been prescribing for more than a decade, first in California and now in New York. She's found that her patients cut their opiate use for pain dramatically.

"It’s huge. The data is there. It helps patients with withdrawl symptoms," Chin said. "Normally I have patients taper off opiate medication or end up using less dosage and less frequency with cannabis."

But there's a major obstacle: cost.

Whereas patients can get opiates as a prescription medicine covered by insurance, medical marijuana is paid for out of pocket.

This is still part of the state versus federal law. While states have legalized it, the federal government has not, which means users are forced to spend hundreds of dollars every month for this type of medicine.