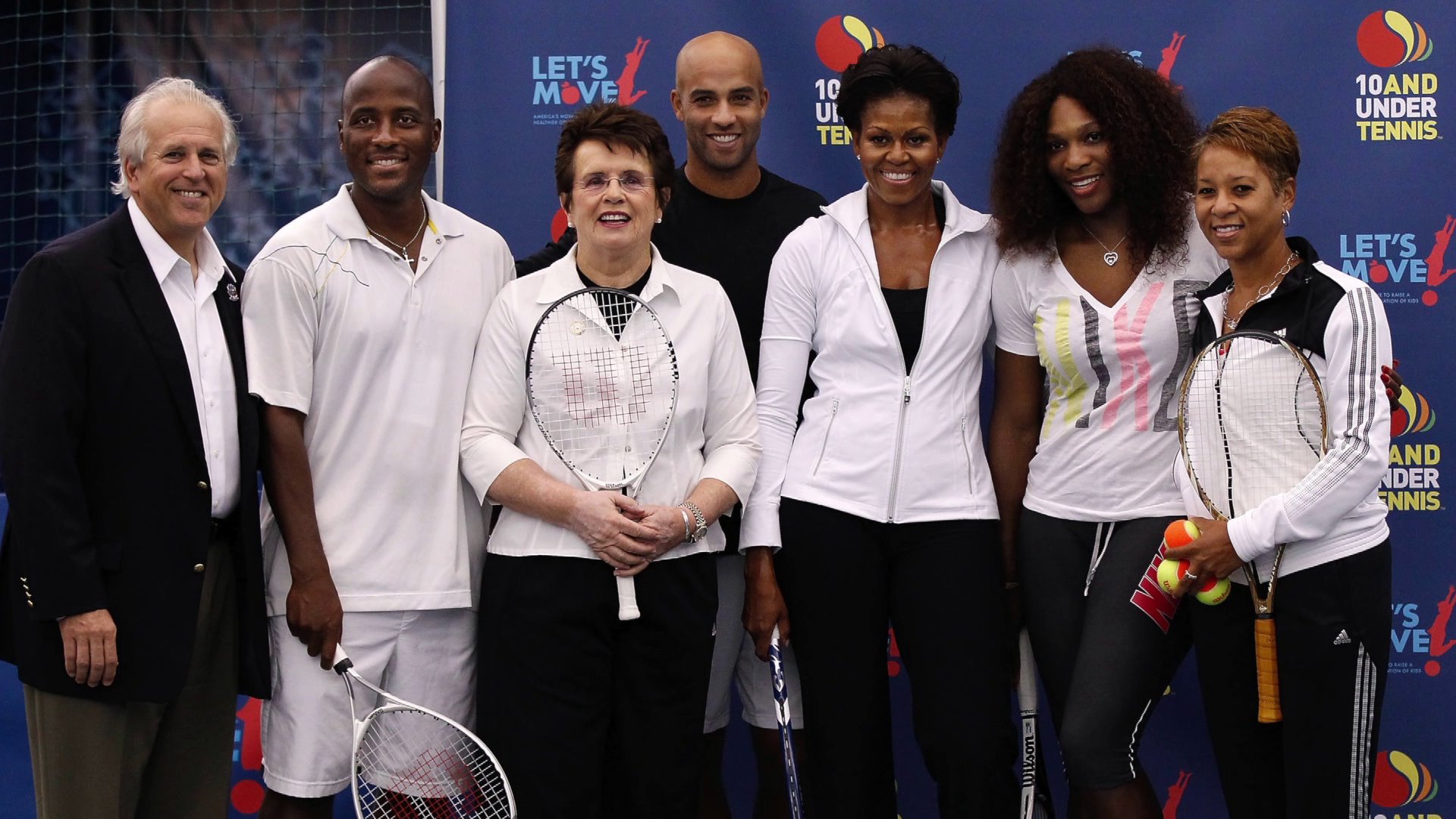 FOREST HILLS, Queens— "When I come in here and I see my name, I start to shrink and I get kinda embarrassed actually. But then I, first thing that pops into my mind is responsibility," Billie Jean King said.

Sitting inside the National Tennis Center named after her, this tennis great takes that responsibility seriously.

She may have retired from the sport 34 years ago, but she has never left the game.

King helped found the mixed-gender league in the early 1970s and has either played on a team , owned teams or served as the league’s commissioner.

"I just love team, and men and women in the same team! Which is unusual in sports, and its equal. We thought about equality back in the '60s actually, before we got started, my former husband and I were a part of it," King said.

And when it comes to equality, there is no bigger advocate than Billie Jean King.

As she was winning on the court in the 1960s and '70s, she was fighting for better pay for tennis players and equal pay between men and women.

In 1973, she founded the Women’s Tennis Association and became the union’s first president.

It was the same year she took on and famously defeated Bobby Riggs in the Battle of the Sexes, which was even turned into a recent Hollywood blockbuster.

“Ninety million people saw it, so I knew this was my opportunity to try to help social change. And because I won, it did. Women got more self confident. But the men came up to me and they were much more reflective. And actually they’ll have tears in their eyes many times because, you know, they'll say I saw that match for the first time when I was 12 or 18 or 22, I have a daughter now," King said.

And though women and the LGBTQ community have both come so far, King says there’s still a ways to go.

"Every generation has to fight for freedom and equality. It took 75 years to get the vote for women. You forget how long the struggles are," King said.

And of course, her love for tennis has never died.

"We gotta get more children into the sport. Let's forget about being a champion," King said.