Woman fights back against attempted rapist in Brooklyn 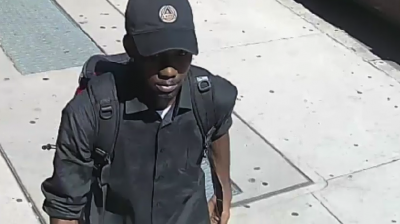 Darryl Williams, 25, of Brooklyn has been arrested after being accused of an attempted rape in Brooklyn.

GREENPOINT, Brooklyn — Authorities are searching for a man wanted for an attempted rape in Brooklyn Thursday afternoon.

It happened at about 3:30 p.m. in the vicinity of Meeker and Kingsland Avenues, when a woman, 37, answered her apartment door after an unknown male knocked and asked for “Jeffery,” police said.

When the victim opened the door to converse with the man, he forced his way inside and pushed the victim into her bedroom, claiming he had a knife in his bag before demanding she perform a sex act on him, according to authorities.

She screamed and then was struck with the door, said cops.

The man fled the scene and the woman was taken to the hospital for her injuries.