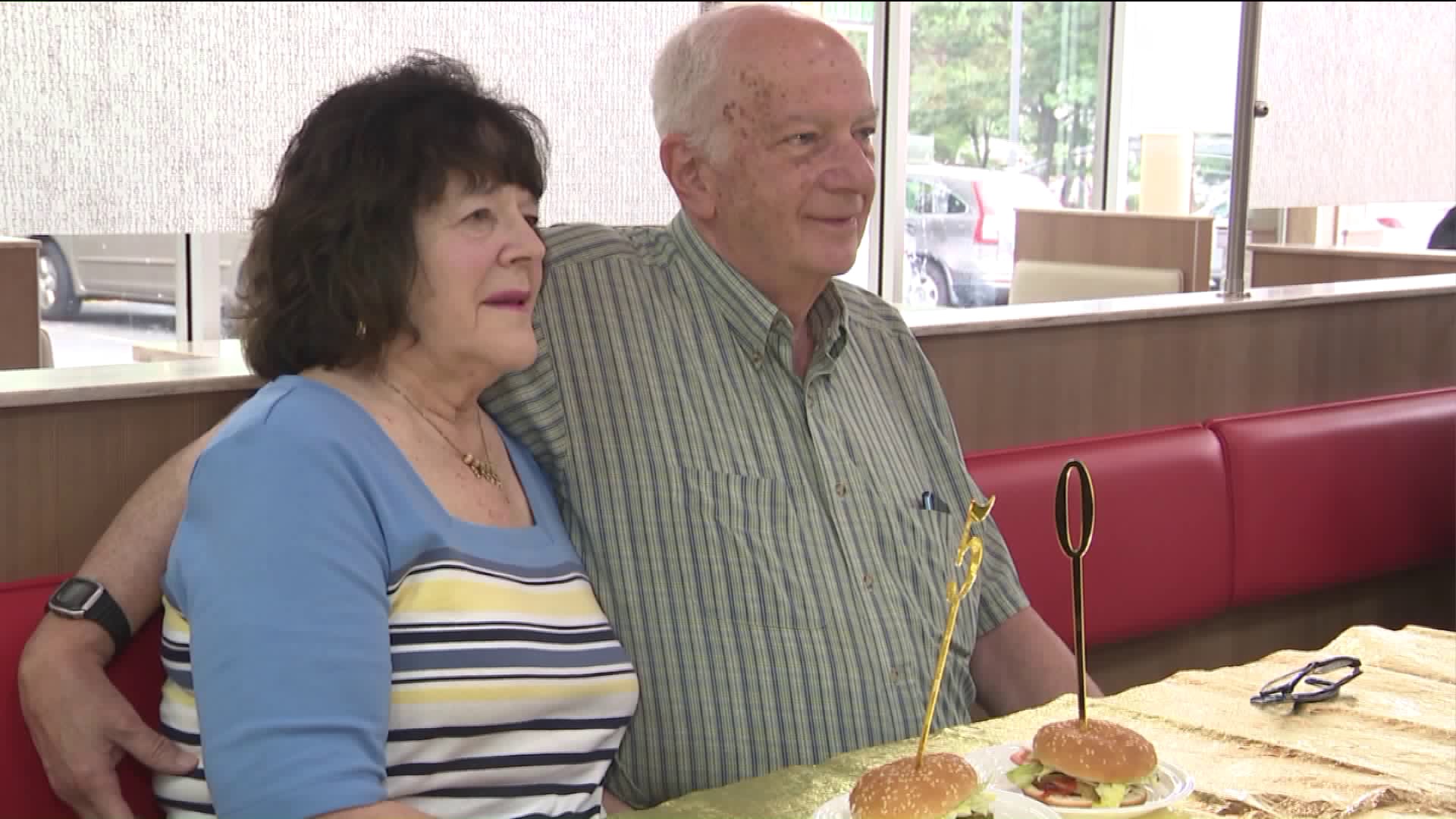 Every year since 1968 a couple celebrates their anniversary at Burger King. This year is their 50th anniversary and they are back again to celebrate with friends and family.

Lloyd and Sandy Howard, who wed on June 22, 1968, said it all began after they were running late for a show on their first wedding anniversary and stopped at the restaurant for a quick bite. Thus, the 49-year-old ritual was born.

The couple was welcomed by cheerful family members during this year's celebration at their local Burger King in Matawan. They have two children and six grandchildren consisting of quadruplets and twins.

Their daughter, Tracy Gorelczenko, said their wedding anniversary at the fast food chain has overlapped with other milestones in the past, including her high school graduation.

"While most of my friends dined at fine restaurants with their families, I kept it a secret from the other kids that we had to eat at Burger King for my graduation." Gorelczenko said.

Amidst their "golden anniversary" celebration, the couple also offered advice for maintaining a healthy marriage for five decades.