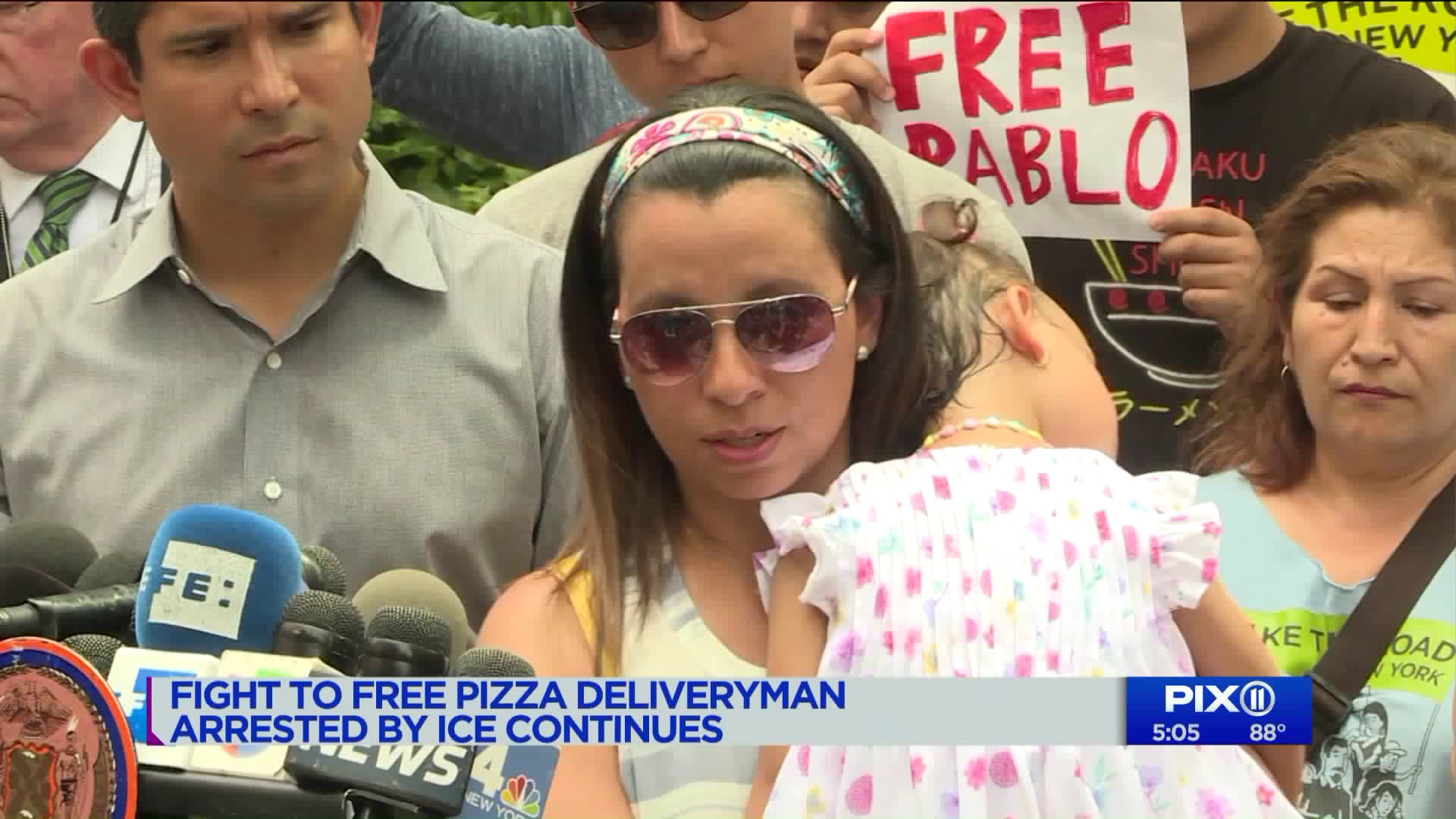 The father of two remains in ICE custody after he was detained by military officers while delivering a pizza. His wife, activists, and elected officials joined together to file a formal detention on Monday.

It was a sad and frustrating Father's Day for Luciana Villavincencio and her sister Antonia. Their father Pablo was detained by Immigration and Customs Enforcement three weeks ago while delivering pizza to Fort Hamilton Army Base in Brooklyn.

A judge stayed Villavicencio deportation, but the father of two remains in ICE custody. On Monday, Chica, advocates, and elected officials joined together to file a formal detention release while Pablo awaits his next hearing.

"His detention is causing immense heartache, pain, and punishment on this family," said Jennifer Williams, Deputy Attorney-In-Charge of the Immigration Law Unit at the Legal Aid Society.

The filing comes as the Trump administration comes under scrutiny for separating immigrant parents from their children at the Mexican Border. In a tweet, the President blamed Democrats for weak security.

But Brooklyn College Professor on Constitutional Rights Anna Law says she believes Trump's harsh policies are in place to deter immigrants from trying to come the United States in the first place. However, she says immigration hasn't slowed down, even though immigrants are fully aware of the potential consequences.

"Think of how desperate the situation is at home that you've made a calculation in your mind that if I stay here, it's still worse and more dangerous than if I go to the United States and I'll take my chances having my child separated from me," said Law.

"It's not just happening at the border, it's happening here in our own neighborhoods," Menchaca said.

Villavicencio is due back in court July 24,  but his lawyers say they expect an answer to their release request well before then. In the meantime, they say everyday he's locked up is another day of injustice for his family.