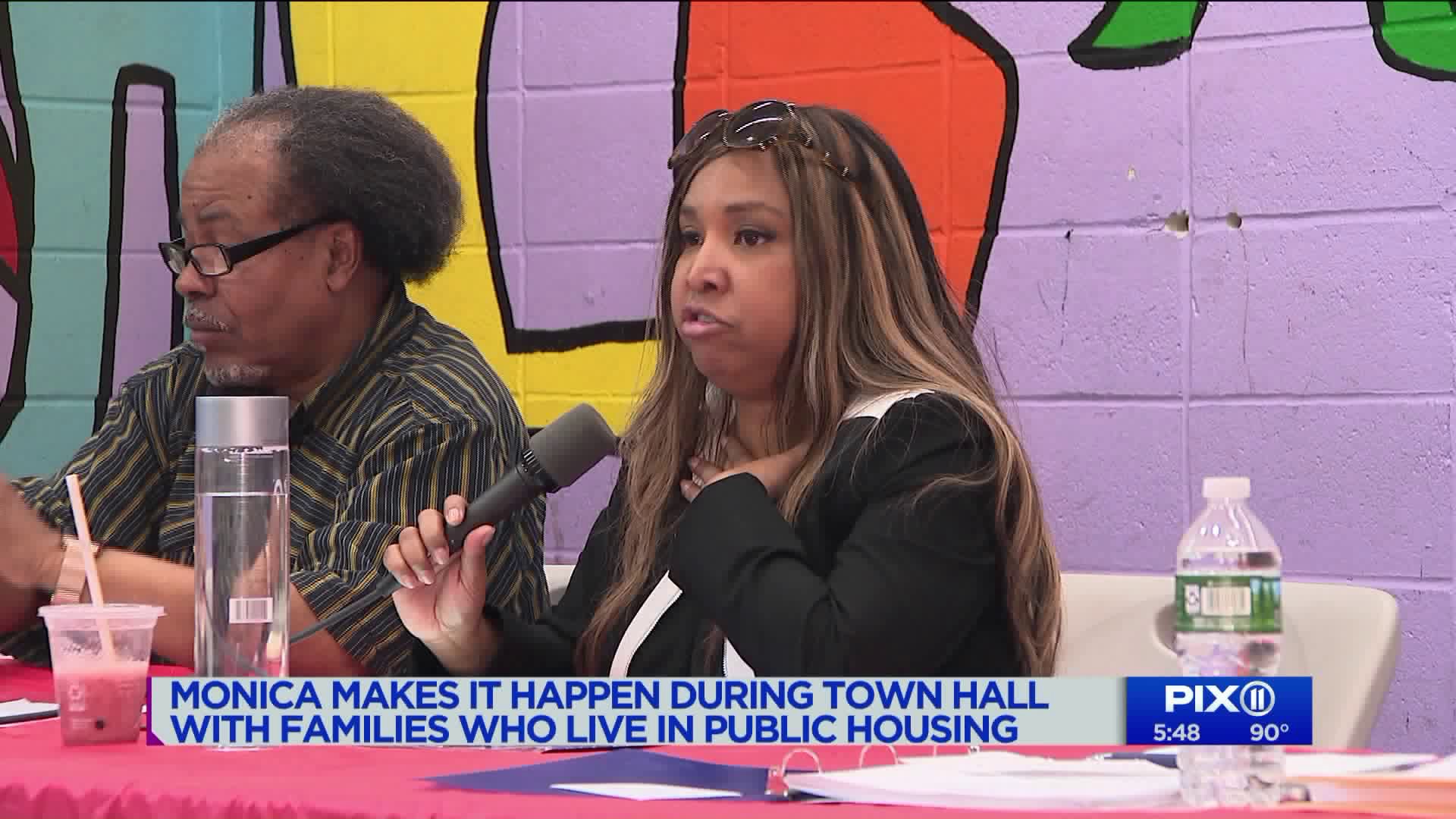 Lynne Patton, head of HUD in New York and New Jersey, also promised to do everything in her power to make sure President Donald Trump visits NYCHA, the largest public-housing system in the country.

"He's a New Yorker born and raised and we would love nothing more than to support the great residents of the city," she said at a NYCHA town hall. “I can make a lot happen. I will have President Trump here with four years, in a NYCHA facility. How about that?”

Patton would like to get Ivanka Trump to visit NYCHA too.

When asked whether NYCHA was the next big crisis of our country, Patton said, "I honestly think this is larger than Flint, Michigan. Six times larger, with lead and health hazards and mold.”

NYCHA agreed a week ago to pay billions to settle claims involving lead. Between 2010 and 2016, there were 19 confirmed cases of lead poisoning of children exposed to paint in public-housing apartments, with hundreds more testing above safe levels, according to the settlement.

The housing agency’s annual operating budget is $2.3 billion for public housing ,where nearly 400,000 low- and moderate-income residents live. Tenants pay an average of $522 a month in rent, with HUD subsidizing the rest.