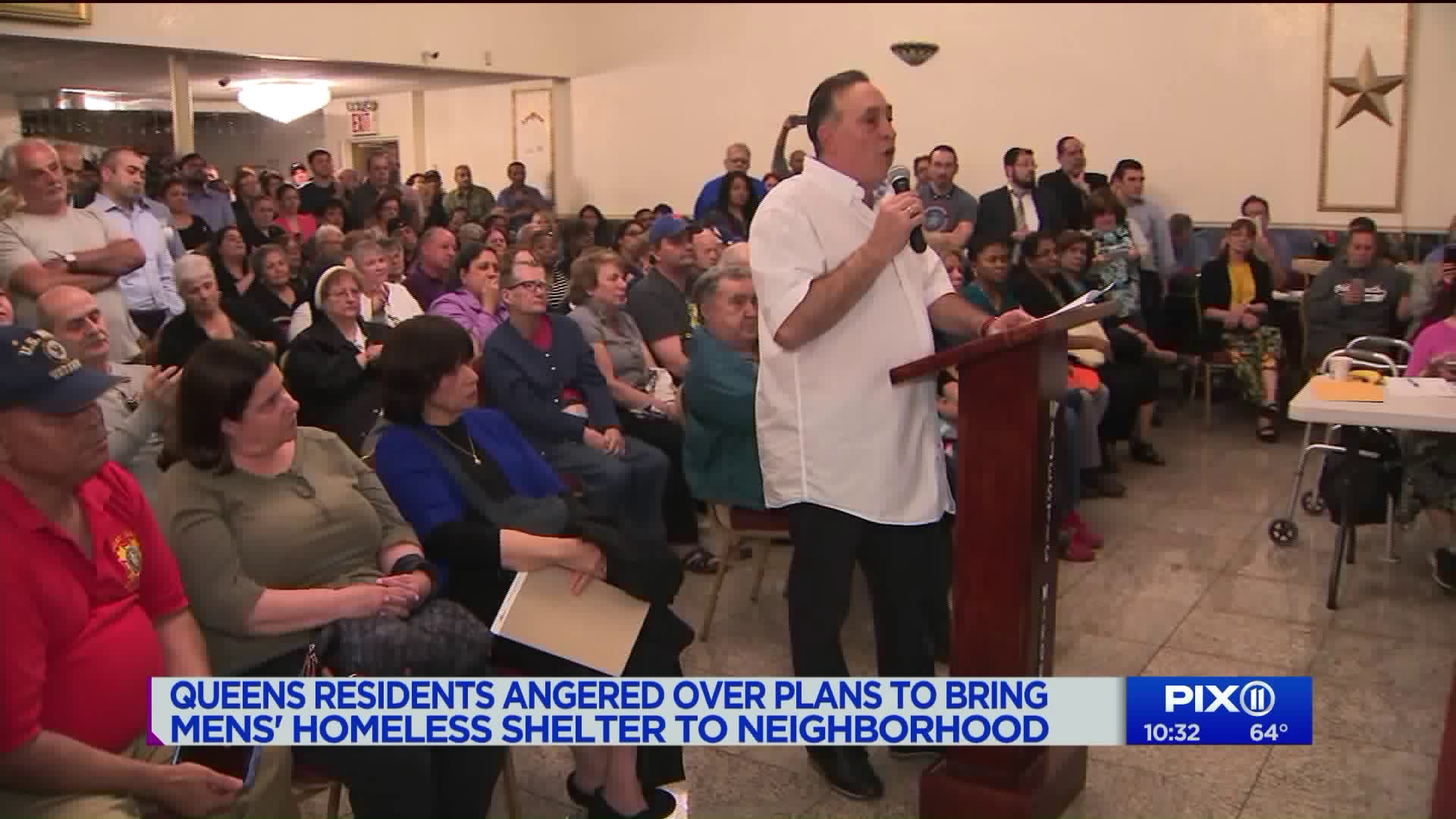 Residents in Ozone Park, Queens packed a community board meeting Tuesday night to contest the Mayor Bill de Blasio Administration`s plans to bring a "Men`s only" homeless shelter to their neighborhood.

“Nothing this city says is to be believed any more,” resident Sam Esposito said.

Tensions ran high, as they have at other community board meetings we’ve covered during our “No Place To Call Home” homeless crisis investigation.

“I’m not saying no to a homeless shelter," resident Angela Nocerino said. "You could put families there. You could put women there. Children without a home."

“We are asking this board to put out a strongly worded letter, putting the city on notice, that we the community, we the residents, we the parents, we the constituents,  we the homeowners, and we the business owners, do not want this type of shelter where they’re planning on putting it,” Esposito said.

The Administration has already given its “notice” to this neighborhood of plans to bring the shelter.

But Department of Social Services Commissioner Steven Banks did not show up to face his detractors – as he has in the past.

So these residents were basically left to shout into the wind, venting if you will, perhaps, on some level, reluctantly accepting the inevitable.

“This is not the best location for them," Councilman Ulrich said. "Let’s find a better place for them, get them the rehabilitation that they need."