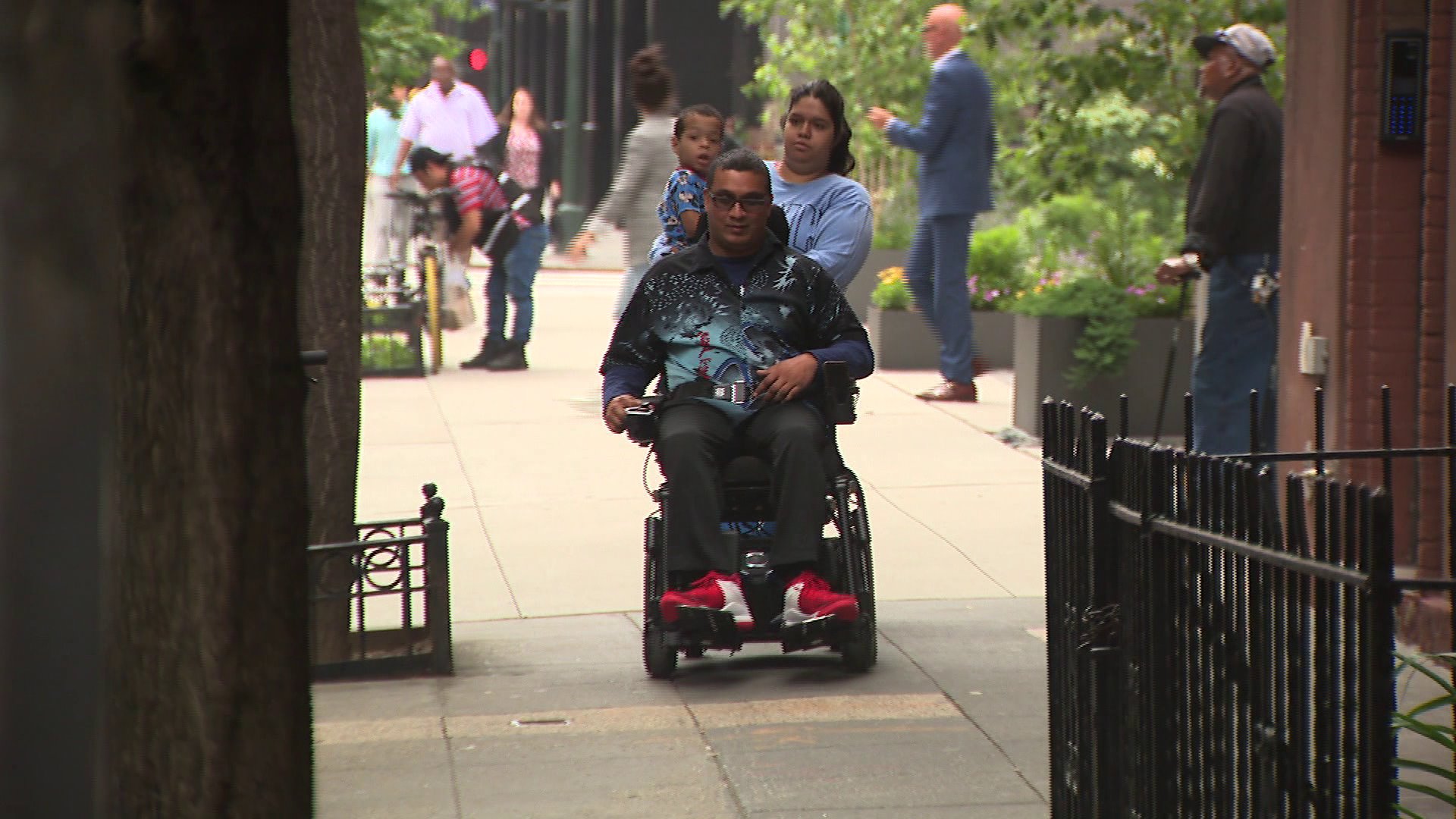 "At Olive Garden, I'm a silver roller. And at Home Depot I'm a greeter, and customer service rep," Lalji said.

With a son and a daughter to support, it’s not easy.

Especially for Mankad who lives with cerebral palsy.

"I could walk with a walker, most of the times. My condition is getting, it was worse, so I need. The doctor said that I need the chair in the house with me," Lalji explained.

As his condition worsened, he became a sort of prisoner in his home.

So he and his partner made the difficult decision to move into a shelter that was wheelchair accessible.

"I said just to do what I have to do." Lalji said.

The couple was worried about moving into a shelter because of the horror stories they had heard.

But that move led them to Adapt Community Network and the organization’s housing assistance program.

After more than five interviews and countless lottery applications for housing subsidy, Adapt helped the Lalji family get approved for an apartment in a luxury Manhattan high rise.

"People with disabilities deserve the same opportunities that people who don’t have disabilities have. Mankad and his family are able to live in a community of their choice, school system that is good for their children," Claire McLoughlin, Director of ISS for Adapt, said.

For Mankad and his family, it is a dream come true.

"I can't say nothing but great things about the program because it helps people like me get to where they need to be," Lalji commented.