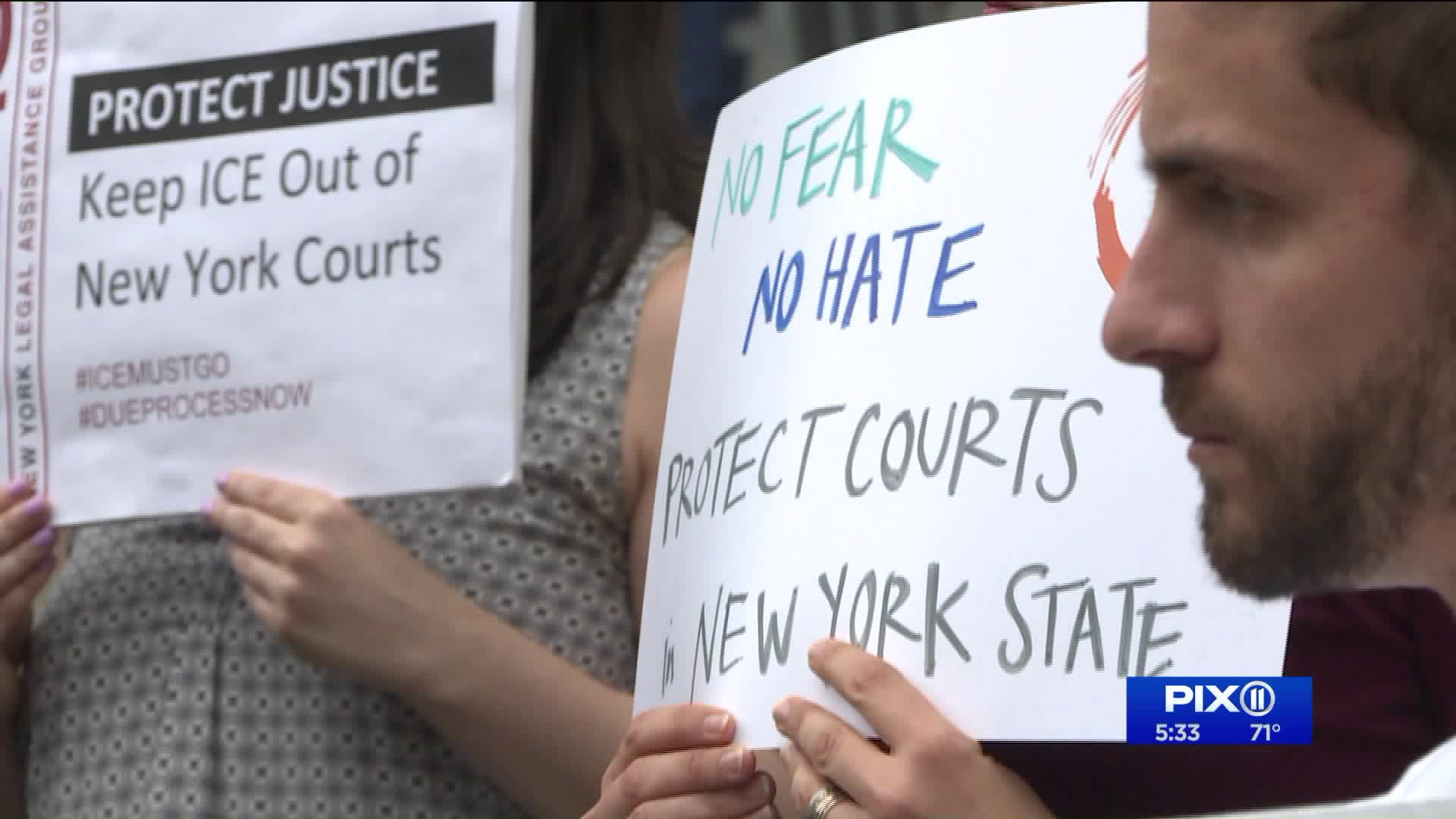 Dozens gathered outside Manahattan Supreme Court Tuesday in support of a new bill to keep Immigration and Customs Enforcement agents out of New York courthouses. Currently, ICE officers are arresting people targeted for deportation after they appear in court for unrelated matters.

Dozens gathered outside Manhattan Supreme Court Tuesday in support of a new bill to keep Immigration and Customs Enforcement agents out of New York courthouses.

"If we want good government, then we have to provide to all New Yorkers justice," said attorney Luis Mancheno, with the Bronx Defenders.

Currently, ICE officers are arresting people targeted for deportation after they appear in court for unrelated matters, which is why New York Assemblymember Michaelle Solages introduced the Protect our Courts Bill in Albany, while a dual rally took place in Lower Manhattan.

Supporters of the bill say the tactic is becoming a regular occurrence with more and more ICE officers appearing in courthouses around the city and state, leading to an uptick in the number of immigrant arrests.

"This is happening here in the city and across the state," said Carlos Menchaca, chair of the City Council committee on immigration. "And we're hearing from constituents all over that ICE is there, that ICE has picked up.

"Well, there has been a 1,200 percent increase from 2016 to 2017 of ICE operations in our courthouses. Our community members, our family members, our neighbors are being snatched away from their due process right. It's as simple as allowing all New Yorkers to have their day in court."

But with the increase in arrests, many immigrants fear going to court because there's a sense that the justice system is no longer there for them, whether they're alleged criminals or not.​

"A domestic violence case or a ticket that they might have gotten, it's actually impacting everyone," Menchaca said. "And so when people cannot come to court and seek justice and present their case in front of a judge for fear that them, or a family member that wants to support them, are not safe, that's the beginning and the crumbling of our courts."

If the bill passes, ICE officers would require a warrant or court order to make any arrests in or around New York courthouses.

PIX11 News has reached out to ICE for comment on the proposed legislation.