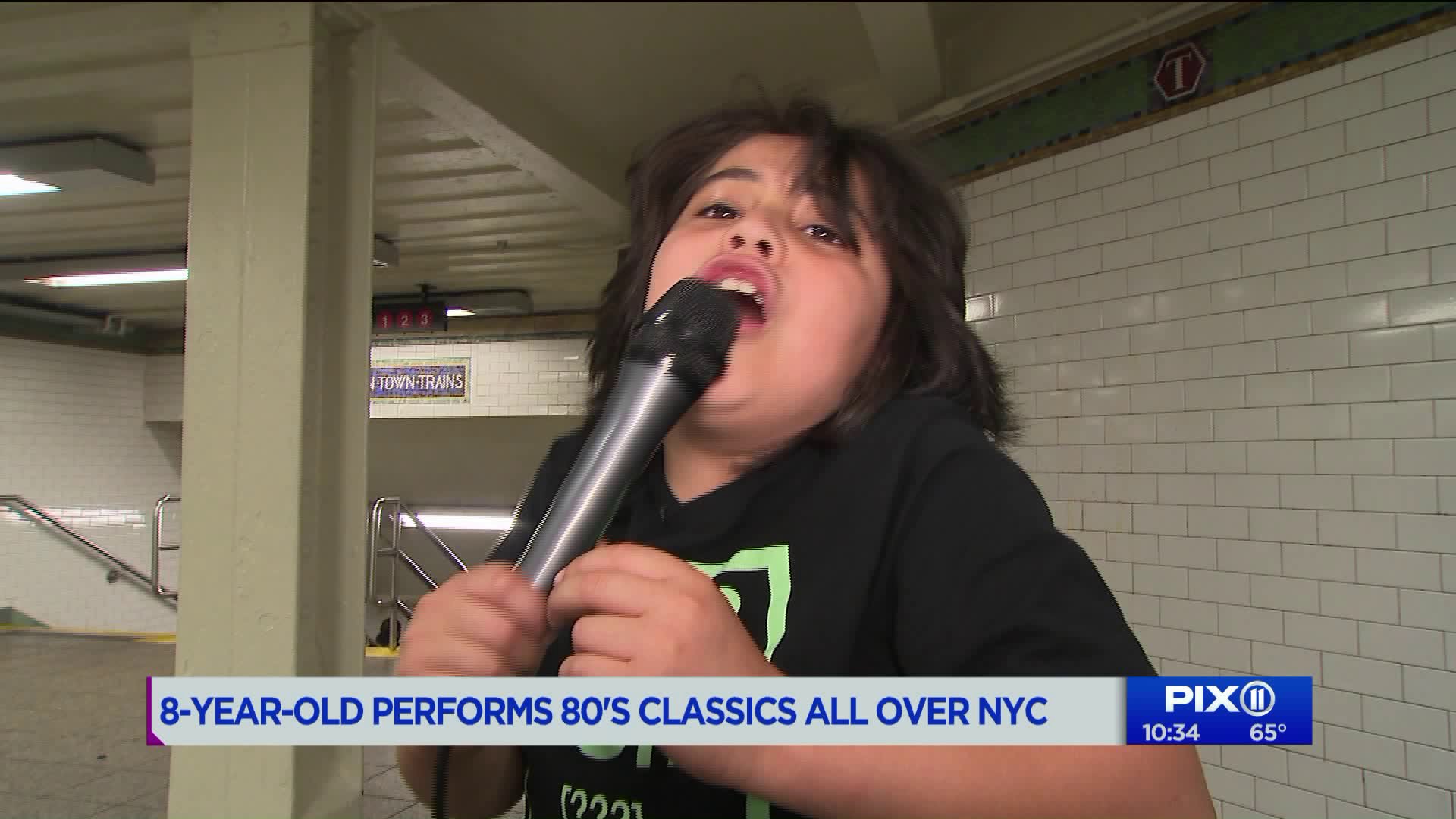 Joel`s love for the 80s began several years ago. Dad Mauricio Martinez says when his son was being bullied, he put him in martial arts class. The anthem during training was "Eye of the Tiger."

MIDTOWN – He was born in 2009, but he sings favorite songs from three decades earlier.

Three days a week, in between attending third-grade, sports and homework, 8-year-old Joel Euceda, with his dedicated father in tow, travels from their home in Freeport, Long Island, to street corners and subway stations all over the city.

They have a permit from the city and Euceda performs for a couple hours each day.

His love for the '80s began several years ago. Dad Mauricio Martinez said when his son was being bullied, he put him in martial arts class. The anthem during training was “Eye of the Tiger.”

“He was being bullied in the school with other children so we decided to put him in Taekwondo. When they were training, they put the song on,” Martinez said. “He liked the band Survivor, so that’s how we started listening to '80s.”

“My dream is to be famous and my dream is to sing in a band. It feels good and I like when people see me and they have fun, they sing with me and they dance,” Euceda said. “People enjoy me singing and I feel good when I sing.”