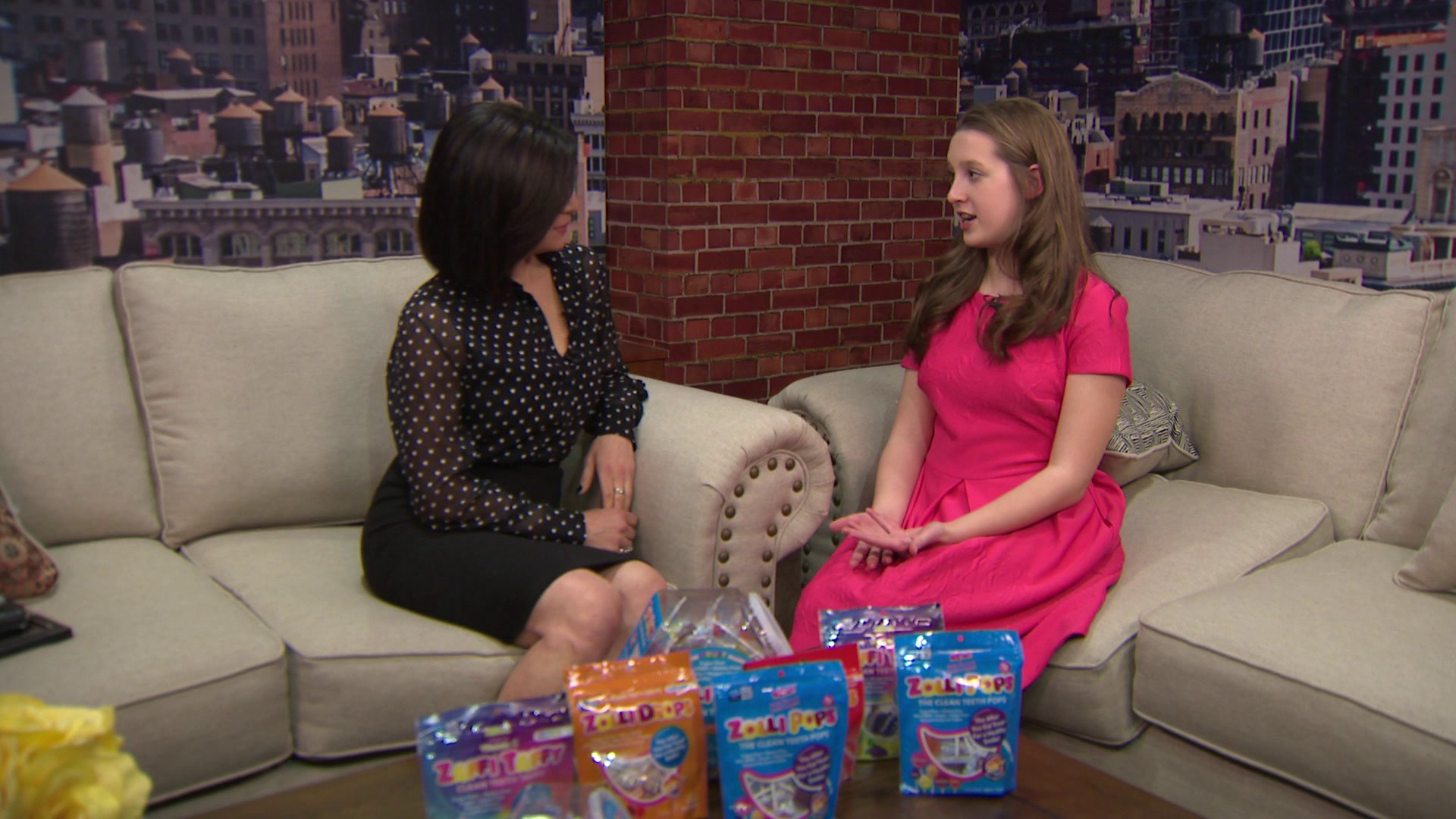 Alina Morse is the founder and CEO of a successful company.

She came up with the idea of a healthy lollipop after a trip to the bank.

She says the teller offered her a lolly but her dad said no.

"My dad told me that I shouldn’t have candy because sugar is terrible for your teeth. I mean what do you expect a parent to say," Morse joked.

So the pint-sized power player suggested they create a lollipop that was good for your teeth.

She spent two years researching the idea, including advice from her dentist.

"Well my dad was a business consultant so he worked on helping small businesses start up," Morse said.

Three years later, and Alina’s Zollipops are sold by some of the biggest retailers, including Whole Foods, Amazon and Walmart.

She’s also expanded her line to include Zolli Drops and Zaffi Taffy.

"That was actually my little sister, Lola's idea because she loved chewy candy. And chewy candy is really popular these days so we decided that we needed to make something that would appeal to all audiences," Morse explained.

Her sweet success hasn’t gotten in the way of her need to help others.

She recently launched an initiative called One Million Smiles.

"Teachers or dentists can sign up on our website to get free Zollipops for their school, for their classroom or for their dentist office," Morse said.

This tenacious teen has received advice from the judges of Shark Tank, rang the bell at the New York Stock Exchange, but says the best part is getting to work with her family.

"My dad is kind of my manager and business consultant. My mom, she’s like my personal stylist and my little sister she is amazing. She's also our official taste tester," Morse added.

Alina says her friends think what she does is really cool, but don't treat her any differently.