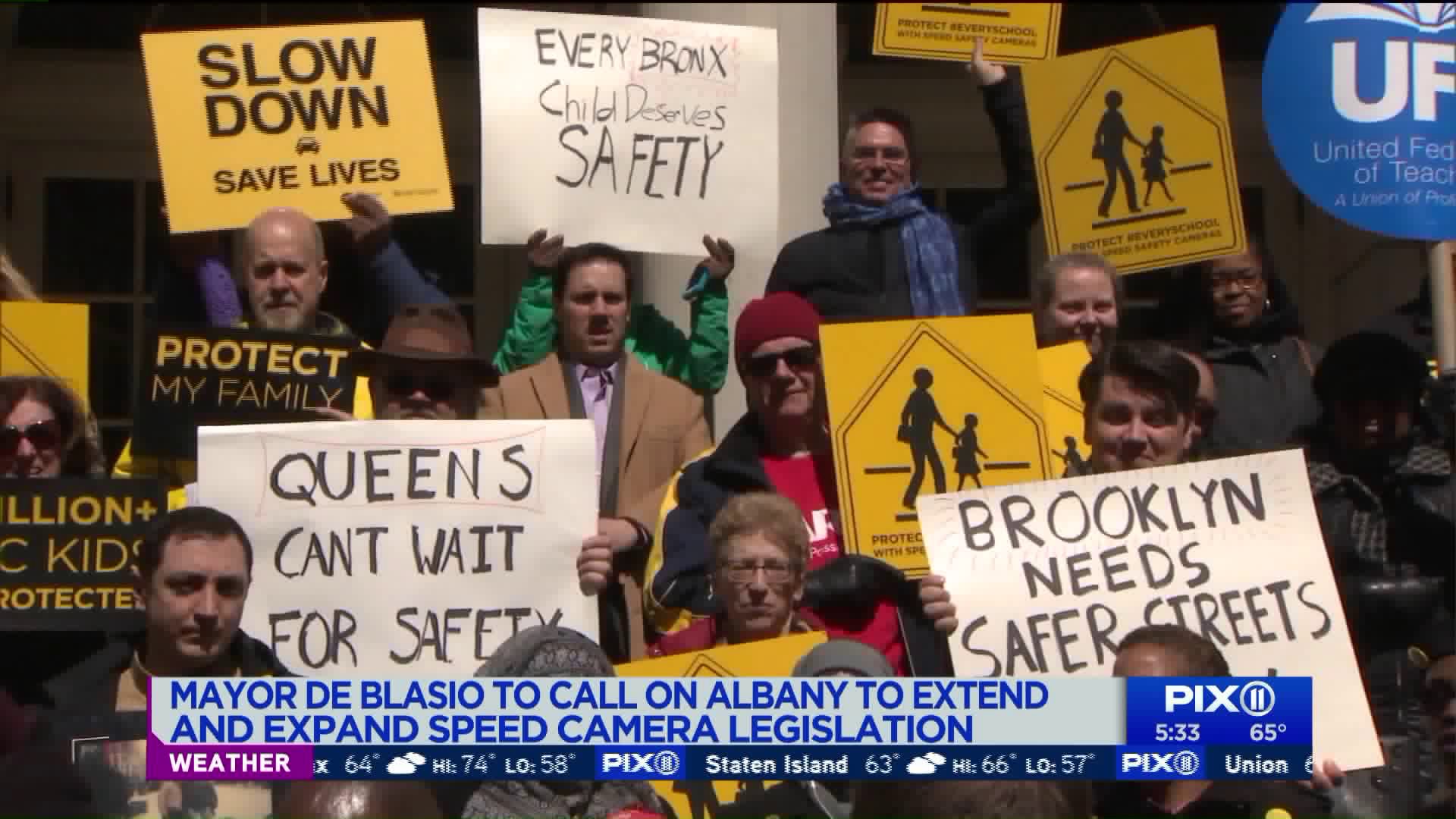 A bill to bring 300 of them to city streets, outside schools, to slow drivers down and save lives, now hangs in the balance.

A bill to bring 300 of them to city streets, outside schools, to slow drivers down and save lives, now hangs in the balance.

Supporters have rallied for more of them; Mayor Bill de Blasio previously called for more cameras after the deadly Park Slope accident in March that killed two young children, an unborn child and injured their moms.

As two mothers wee walking along the Park Slop intersection with their children, a driver struck them, killing the two children ages 4 and 1, and left pregnant actress Ruthie Ann Blumstein, whose unborn baby later died.

“We have to do everything to keep safe because we don’t want to be at another funeral,” said de Blasio.

The cameras clock drivers going 11 miles over the speed limit, issuing a $50 ticket only during school hours with no points.

The number of drivers caught by the cameras, has dropped by 60 percent, and fatal crashes has also dropped by 25 percent, lauded by supporters.

But opponents say the cameras are more of a cash grab, netting the city $122 million dollars. Senator Marty Golden of Brooklyn sponsored the bill to bring more to city streets and says many outside New York are opposed

A lot of counties they do not want anything to do with this program, Golden said.