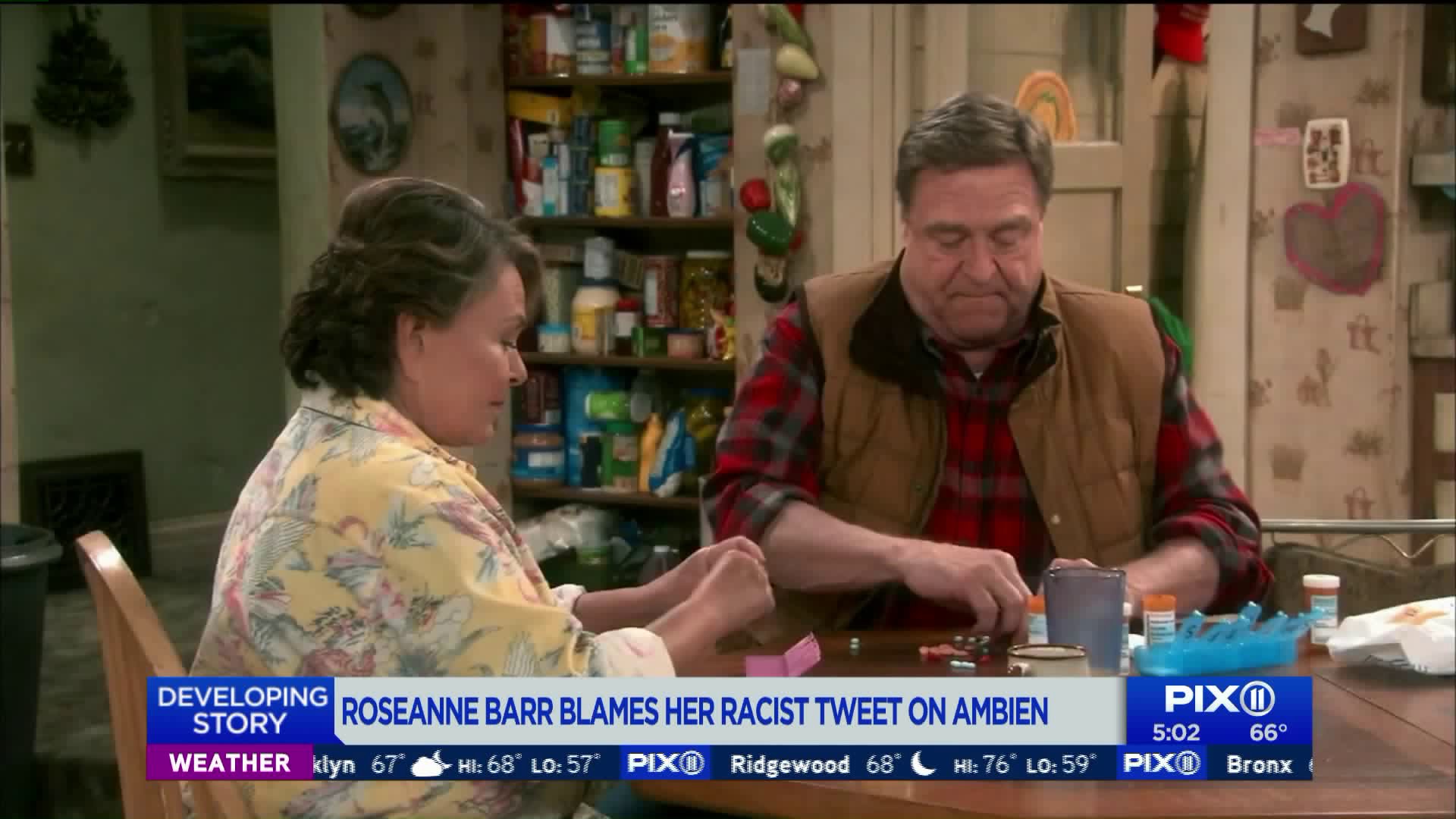 NEW YORK — In the time it took to compose a 53-character tweet, Roseanne Barr went from a hero that ABC was banking upon to unemployed.

The network canceled its hit reboot of "Roseanne" Tuesday after Barr's racist tweet that referred to Valerie Jarrett, an adviser to former President Barack Obama, as a cross between the Muslim Brotherhood and the "Planet of the Apes." Her agent dropped her, and other services pulled "Roseanne" reruns.

Trump, who reveled in the success of "Roseanne" after Barr's character in the show came out as a supporter of his presidency, made no mention of the firing in a campaign-style rally in Tennessee on Tuesday evening.

"We have a lot bigger things going on in the country right now, certainly, that the president is spending his time on," said White House Press Secretary Sarah Huckabee Sanders.

Jarrett, a black woman who said she was "fine" after the slur, urged in an MSNBC special Tuesday about racism that the incident become a teaching moment. She said that Robert Iger, chief executive of ABC parent Walt Disney Co., called to apologize and told her before it became public that the show was being canceled.

"Tone does start at the top, and we like to look up to our president and feel as though he reflects the values of our country," Jarrett said. "But I also think that every individual citizen has a responsibility too, and it's up to all of us to push back. Our government is only going to be as good as we make it be."

Barr showed no signs of abandoning Twitter, engaging in a series of tweets late Tuesday that apologized to those who lost their jobs because of the "Roseanne" cancellation, expressing remorse she was being branded a racist, and also retweeting posts that attacked ABC and a meme that included Jarrett.

The supporters' tweets included posts that criticized ABC, "The View" co-host Joy Behar and ESPN's Keith Olbermann. She later asked supporters not to defend her.

"I did something unforgiveable so do not defend me," Barr wrote. "It was 2 in the morning and I was ambien tweeting-it was memorial day too-i went 2 far & do not want it defended-it was egregious Indefensible. I made a mistake I wish I hadn't but...don't defend it please."

Barr was resoundingly condemned Tuesday, including from many who helped make her show successful.

The executive producer of "Roseanne," which came back this spring after being gone for two decades and instantly became television's second most popular comedy, said he supported ABC's decision.

"Our goal was to promote constructive discussion about the issues that divide us," said Tom Werner. "It represented the work of hundreds of talented people. I hope the good work done is not totally eclipsed by those abhorrent and offensive comments, and that Roseanne seeks the help she so clearly needs."

ABC canceled the show in a one-sentence statement from Channing Dungey, the network's entertainment president, who called it "abhorrent, repugnant and inconsistent with our values."

ABC and Disney had taken notable steps to be more inclusive in its entertainment, and Dungey is the first black to be entertainment president of a major broadcast network. But much of its progress would have been threatened if it looked the other way at Barr's tweet.

She has a history of diving into political conspiracy theories on Twitter, and that's how she ended her Memorial Day weekend. She criticized Democratic financier George Soros and tweeted that Chelsea Clinton was "Chelsea Soros Clinton," implying she was married to a nephew of Soros. Clinton herself corrected Barr online. Donald Trump Jr. retweeted two of Barr's statements about Soros, although not the remark about Jarrett.

Jarrett's name came up in response to Twitter commentary that raised her name in relation to an Obama conspiracy theory. Barr tweeted: "muslim brotherhood & planet of the apes had a baby=vj."

Three weeks earlier, "Roseanne" was the toast of ABC's annual presentation of its programming plans to advertisers. Dungey's boss, network chief Ben Sherwood, even joked then: "If anyone came to play a drinking game based on how many times we mention 'Roseanne,' you're welcome."

"Roseanne" earned an estimated $45 million in advertising revenue for ABC through its nine episodes that started airing in March, according to Kantar Media. The firm estimates that the 13 episodes that had been ordered for next season would have brought in as much as $60 million, with more through repeat episodes.

One of the few network shows about a working-class family, "Roseanne" attracted 25 million viewers to its first show back in March. Many conservative commentators — and the president himself — attributed at least some of that success to the lead character's backing of Trump.

The cancellation has no clear precedent in television history, said David Bianculli, professor at Rowan University in New Jersey. The closest analogy is CBS pulling the plug on the Smothers Brothers variety show due to their anti-war views in the late 1960s and the same network not renewing "Lou Grant" at its peak, which star Ed Asner always contended was due to his outspoken political beliefs.

But "Roseanne" was different, he said.

"It's like taking off 'All in the Family' or 'I Love Lucy' or Andy Griffith at their zenith," he said.

There was also CBS' firing of Charlie Sheen from "Two and a Half Men" during his bizarre spate of behavior. Sheen, for one, saw an opportunity in Tuesday's events.

"Good riddance," he tweeted about the "Roseanne" cancellation. "Hashtag NOT Winning. The runway is now clear for OUR reboot."