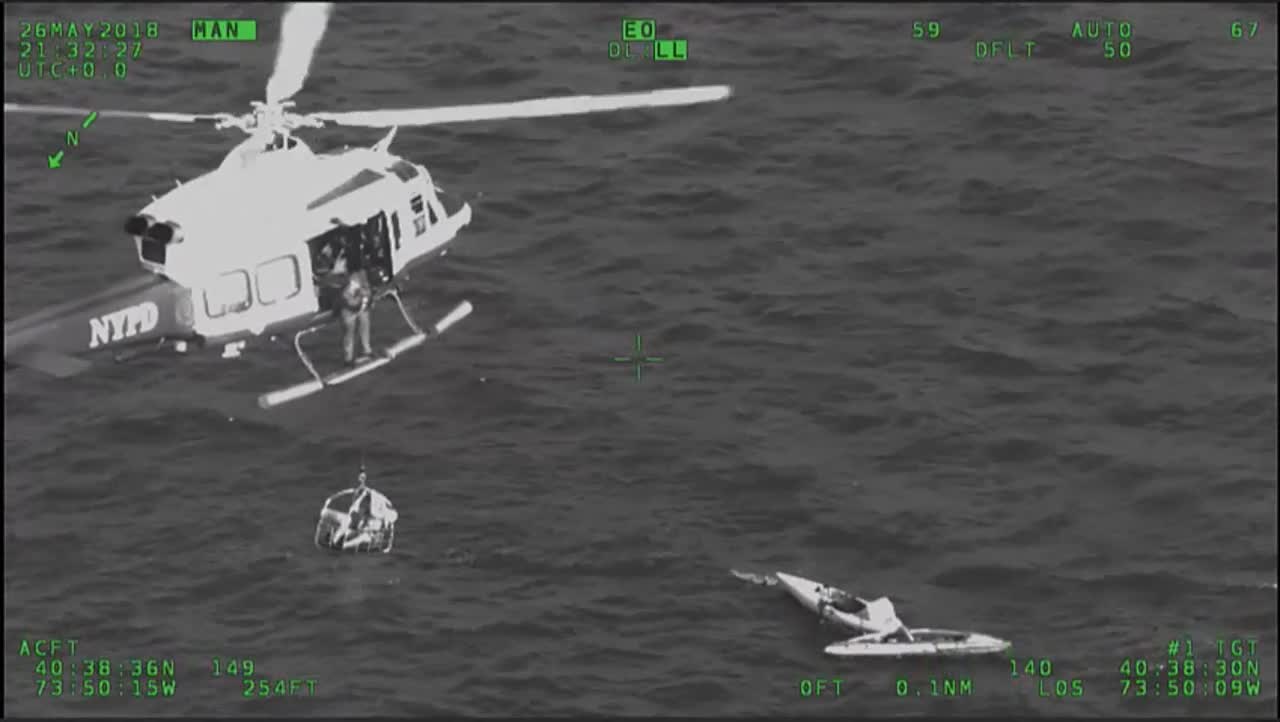 Police release dramatic video showing the rescue of two men who fell off their kayaks in Jamaica Bay.

NYPD aviation responded to a report of two men that fell off of their kayaks in Jamaica Bay around 5:20 p.m..

When authorities arrived, they saw a man inside the water, struggling to stay afloat while holding on to two kayaks, police said.

After multiple aviation services worked together to rescued the man, he immediately informed the officers that his friend's kayak tipped over 15 minutes earlier, then pointed in the direction where he was last seen, according to authorities.

The second man was spotted in the water, and divers jumped in and placed him into a rescue basket.

Both survivors were transported to the hospital, where they refused medical attention.