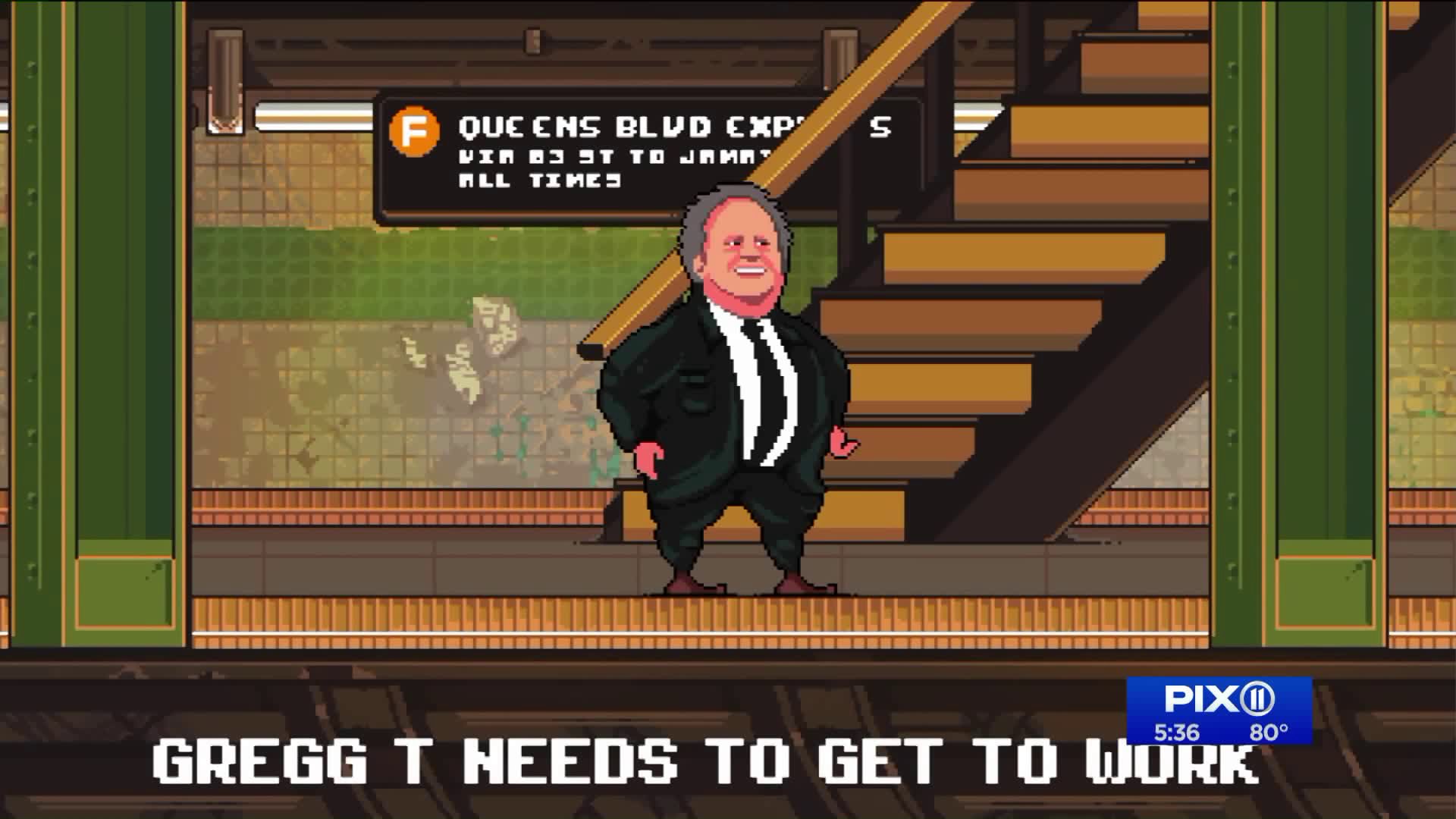 NEW YORK — Reading, watching videos, browsing the web, straphangers have a number of ways to kill time when waiting for the train.

Now, they could add “MTA Country” to the list.

It’s a new online video game that is said to capture the agony of riding the New York City subway.

In it, players help so-called subway icon “Gregg T,” the man who appeared in an MTA ad campaign, get to work.

“MTA Country” is the brainchild of “every day arcade” a side venture for advertising executives Chris Baker, Brian Moore and Mike Locker.

Using the 1994 game “Donkey Kong Country” as inspiration, the team put it together in a matter of days.

“We knew we wanted to do a game about how bad the MTA is, and when we thought of that game, it was a completely natural fit.”

“MTA Country” is just the latest in a series of online video games developed by the Brooklyn-based company where they use the pastime of gaming to convey powerful messages.

Back in 2016, in wake of the Orlando massacre, the trio launched what is their biggest game to date “Thoughts and Prayers.”

You have to hit T and P on your keyboard as quickly as possible in 30 seconds in order to save lives.

The joke is, its impossible to save a life with thoughts and prayers.

While the games aren’t exactly a cash cow for the company, they’ve managed to reach millions of users online.

When it comes to their latest feat – the big question remains: Who will get Gregg T to work the fastest, Governor Cuomo or Mayor de Blasio?